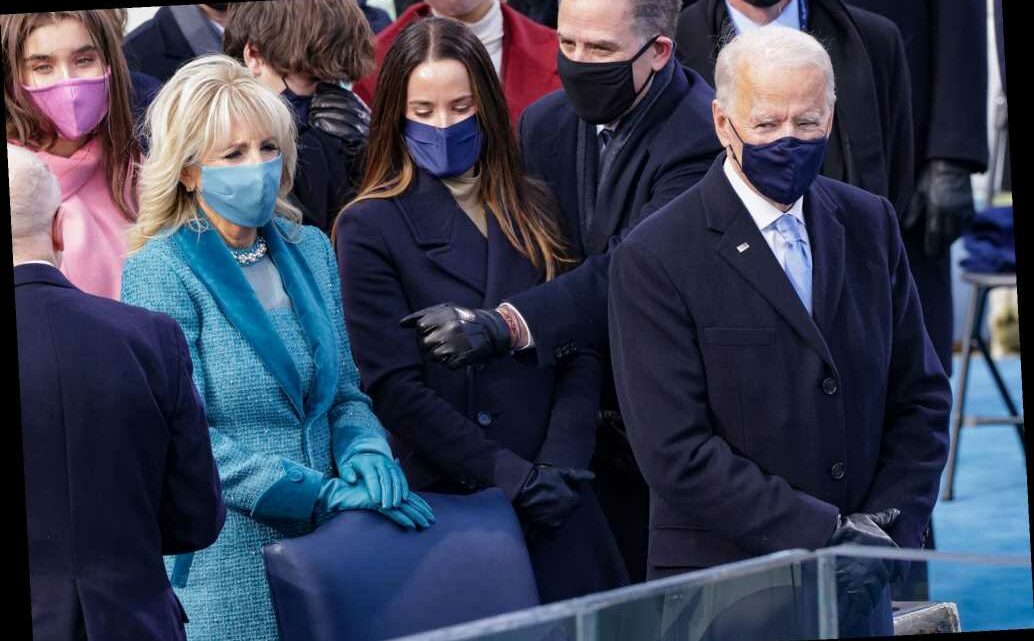 ‘Judge Jeannine’s husband gets one of the final Trump pardons

Jennifer Lopez — and her ring — dazzle during Biden Inauguration Day

Who is Joe Biden’s speechwriter?

The hashtag #NotMyPresident began trending on Twitter just moments before President-elect Joe Biden took to the stage for his inauguration ceremony Wednesday.

The term “not my president” became a rallying cry for liberals in the wake of President Trump’s surprise 2016 victory, used regularly in protest chants and hashtags on social media.

Biden took to the steps of the inaugural stage at 11:18 a.m. ET to cheers from the crowd.

“In about 40 minutes, His Fraudulency Joe Biden will become #NotMyPresident,” user @NolteNC wrote on the social media platform.

User @trumpingitup, meanwhile, shared a photo along with the hashtag encouraging others to shut down their “televisions, cell phones, tablets, computers, radios, etc.” from noon ET to 2:00 p.m. ET to make sure Biden’s inauguration had “the lowest ratings in history.”

Like his predecessors, Biden is being inaugurated on the steps of the US Capitol Wednesday.

President Trump, however, is not be in attendance at the inauguration, making him the first president to skip the ceremony in over 150 years.

What are the lyrics to Star-Spangled Banner and who wrote the USA national anthem?