Claims of stalking are often dismissed by police, even when it involves physical attack, an inquiry triggered by the alleged murder of 23-year-old Celeste Manno has found. 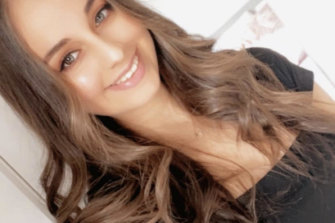 Celeste Manno was stabbed to death in her bedroom in 2020, allegedly by a man who had been stalking her. She had reported it to police.Credit:Facebook

Officers “often dismiss or minimise [victims’] experience of stalking” and do not always make formal records of victims’ reports, the body’s interim report into justice responses to stalking said.

“Multiple victim-survivors described experiences where their reports of stalking were lost,” said the report, which was tabled in State Parliament on Wednesday.

Stalking – which affects one in six women, whose perpetrators are usually men – is often trivialised and “victim-survivors are often expected to manage the situation on their own”.

One in 15 men experiences stalking, usually by another man. 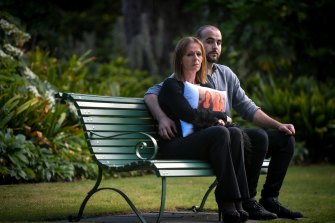 The report found victims, fearing for their safety, often seek help and report stalking to police. “[But] they are often told that no crime has occurred, that what they are reporting is not serious enough for police to take action, or to apply for a PSIO [personal safety intervention order] themselves, which can compromise their safety,” the report stated.

Ms Manno, who had been to police, was killed in November 2020 in her bedroom at the Mernda home she shared with her mother and brother after the alleged perpetrator broke in through her window.

Her former colleague, Luay Sako, 35, is alleged to have stalked her in the previous year, but has pleaded not guilty to her murder.

Her mother, Aggie De Mauro, met with Victoria’s attorney-general at the time, Jill Hennessy, in December 2020 to call for stalking victims to be better protected. Ms Hennessy asked the commission, under chair Anthony North, QC, to “urgently review Victoria’s responses to stalking”, including the personal safety order system. 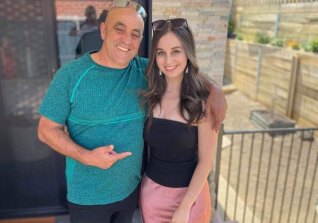 Tony Manno and his daughter Celeste.

Mr North said he was struck by the “horrendous” impact stalking had on women, as reflected in an unusually large number of submissions to the inquiry, including 254 online and 115 written testimonies.

“You can’t imagine the trauma of having your life completely disrupted,” he said.

“Having to shift interstate — just imagine having someone who thinks they’re in love with you turning up at school when you pick up the kids, being outside the supermarket, sending hundreds of texts at a time — being so obsessed they have a tracking device on your car, knowing exactly where you are.”⁣

The commission heard “a lot” of victims’ claims were not being treated seriously, which “maybe comes from the fact that stalking itself isn’t well understood by the public or police,” Mr North said.

The report noted stalking could escalate into physical violence, homicide or suicide but police misconceptions needed to be challenged.

“Police often don’t understand stalking can be the accumulation of lawful acts,” Mr North said. “We kept hearing from women who would go to a police station but wouldn’t be taken seriously. They would say in one instance, ‘he’s let down my tyres’ and be told ‘what do you want us to do, pump them up?’ They [police] didn’t ask, ‘tell me a bit more about what has happened before’.”

The commission suggests a new “whole of story” approach, in which a more complete picture of what the victim is experiencing is elicited and stalking behaviour is identified, and potentially de-escalated, earlier. 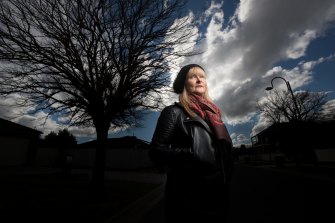 Di McDonald, who experienced stalking over years, said she was “not believed” by Victoria Police officers.Credit:Jason South

“Victoria Police must ensure that all disclosures of stalking are taken seriously. There is a need for further education on what constitutes stalking and the nature and extent of the harms … A key misconception [among police] is that ‘real’ stalking is perpetrated by a person who is a stranger to the victim.”

The report also noted there was no tool to gauge if perpetrator behaviour was likely to escalate.

It called for police to be trained in how to respond when someone reports stalking, for improved interview techniques, better systems for storing reports and for police to apply for safety orders, rather than telling victims to do it.

In the lead-up to the report’s release, Victoria Police announced on Monday that it would introduce a new assessment tool to profile stalkers. The tool, Screening Assessment for Stalking and Harassment, is being piloted at two locations and aims to aid early intervention.

Victoria Police was contacted with questions on issues including stalking victims not having records made of their complaints, or being told there is nothing police can do. The organisation said it would respond when the report was published.

Stalking survivor Di McDonald told the commission about her experience and reports to police over three years.

She said the incidents she reported included strip nails being put in her tyres, her petrol tank tampered with, her daughter approached at work twice, her phone tracked, a rock and a cricket ball thrown through her mother’s front window, used condoms left on her doorstep and flyers making lewd allegations about her sex life pasted on venues she frequented. But she said police did not treat the torment seriously.

“I just had no help, even when I went in with witnesses for what was happening at work or footage from cameras at my house,” she said. “You’re not believed. I had evidence to prove it and I still got nowhere.”

Spoilers: Marlon makes huge progress after his stroke in Emmerdale