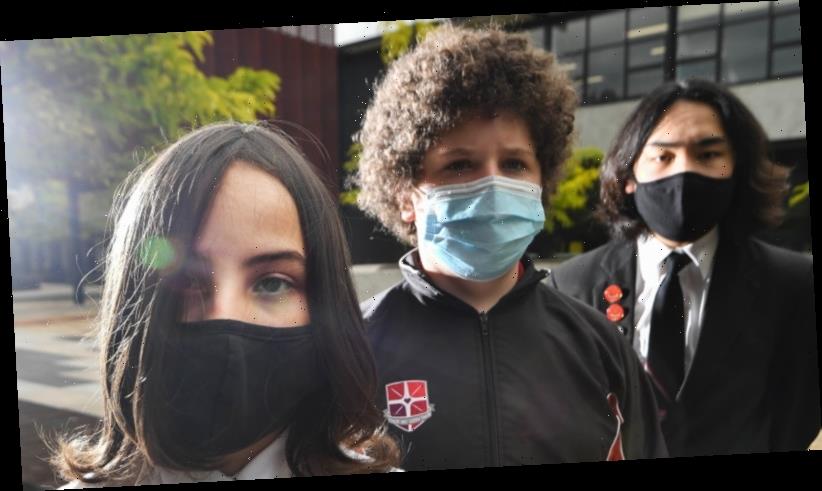 No longer a cut above, private schools relax rules on lockdown locks

The long locks of lockdown are flowing at Melbourne's private boys' schools, which have dropped their hard line on hair length and allowed students to parade their shaggy manes and mullets after months of barber-free home learning.

Hairdressers are back in business this week, but many schools have shelved their usual standards on grooming in term four, mindful that senior students have more weighing on their minds than hair. 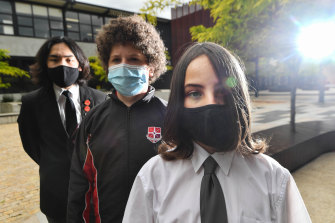 Trinity Grammar student Tom de Graff is one of many boys who have returned to campus this week sporting a 'do that flouts his school's usually strict haircut policy.

While his school generally stipulates boys have tidy hair cut above the shirt collar, he boasts a curly mullet with shaved sides.

“A lot of boys have currently got fairly long hair, I haven’t had my hair cut since July," he said. "The school hasn't told me off because they are understanding given the situation."

Tom said the relaxed standards had given him a chance to revel in his less serious side.

“It allows my personality to show, I do like to express myself and have a bit of fun."

“We made a decision last week to relax those restrictions. The boys have enough going on," Mr Houlihan said.

"We’re pretty strict like most boys' schools about hair on or above the collar. But we’ve just had the year 12 English trial exam this morning, which means that virtually every year 12 boy is in, and there are a lot of wayward haircuts," he said.

"A couple of boys have got outstanding mullets, we’ve had a lighthearted crack at them; said the minute the barber shop opens you’re back in there."

"We’ve been very lenient, not made a big deal of it," he said. "A lot of boys have come back with very different sorts of hair cuts.

"Some people were saying maybe it might look as if we are dropping standards, we don’t think we are. Our community knows what the expectation is and they also know that this is a very different time.”

Across town in Braybrook, teachers at coeducational Caroline Chisholm Catholic College have also accepted some of the more wild barnets on display.

"I’ve been amazed at the many different hairstyles among our students," principal Marco Di Cesare said.

"Some have been lucky enough to have someone at home who is handy with the clippers, others have opted, like so many of us, to grow it out."

"I think everyone in Melbourne is keen for a proper haircut and our boys and staff are no different."

Woman, 21, says she was 'never fully happy' until converting to Islam