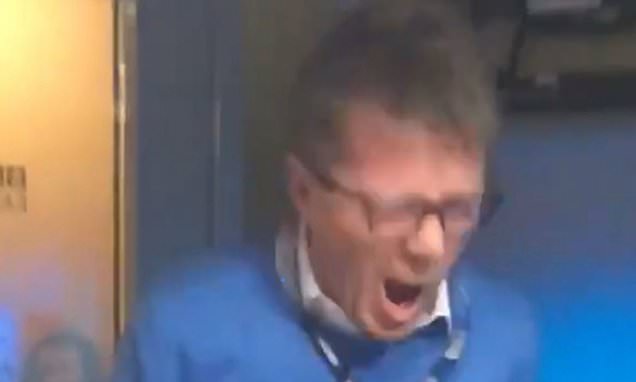 Nicky Campbell demonstrates how to pogo in tribute to Buzzcocks singer

This is the hilarious moment radio presenter Nicky Campbell pogos in the studio in tribute to the late Buzzcocks legend Pete Shelley.

The BBC Radio 5 Live presenter, 57, jumps frantically up and down in the spot as his co-host Sean Farrington plays Buzzcocks track ‘What Do I Get?’

At one point in the clip, Mr Campbell falls to the floor and almost bangs his head on a chair before picking himself up and continuing the 1970s-inspired dance.

BBC Radio 5 Live presenter Nicky Campbell jumps up and down in the spot in ‘pogo’ dance as co-host Sean Farrington plays Buzzcocks track ‘What Do I Get?’

He then slides back into his chair and pulls his headphones on before the song ends.

The pair had played the track in tribute to vocalist Pete Shelley who passed away on Thursday after a suspected heart attack in Estonia.

Shelley, who performed vocals and guitar for the legendary punk rock band Buzzcocks, was just 63.

Mr Farrington posted the video to Twitter on Friday with the caption: ‘What’s the “pogo”? I asked @nickaacampbell as Buzzcocks played @BBC5live’. 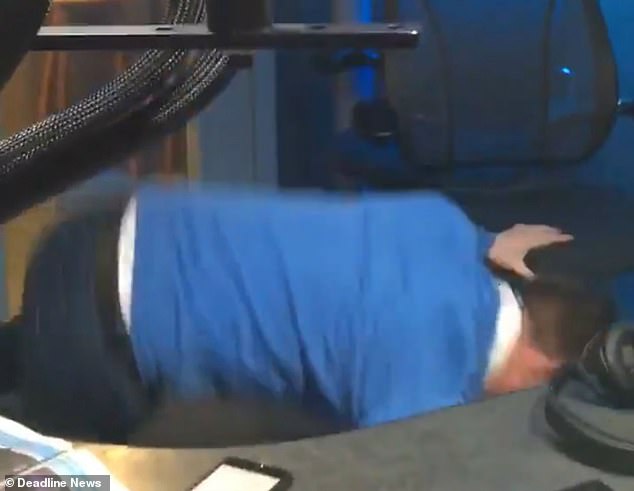 At one point, Campbell even falls to the ground and almost hits his head on the seat of his chair

His co-presenter then retweeted the video and said: ‘Pogoing on the radio to Buzzcocks ‘What Do I Get.’

‘Pete Shelley RIP made me do this so often back in the halcyon days.’

In the clip, Mr Campbell attempts to imitate a dance often found in the mosh pits of punk rock concerts.

He endeavours to remain pogoing until his co-host begins counting down to the show going back on air – even recovering from a dramatic fall to the floor.

Mr Farrington said: ‘Nicky basically was trying to hit his head on the ceiling.’ 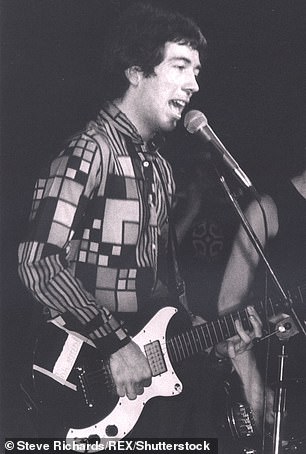 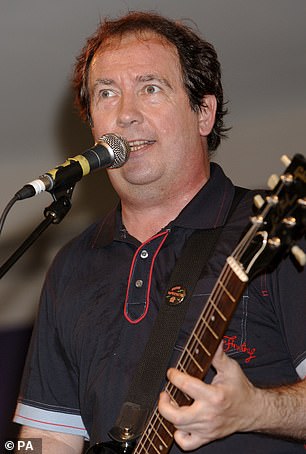 Viewers have since commended Mr Campbell’s efforts during the tribute.

LadedaJoe said: ‘Still got it Nicky!’

DeepZepSnakes said: ‘Brilliant Nicky, go for it. You just have to when you hear a great tune.

‘Don’t let your daughters watch though, my son hates it when I dance.’

However, some felt that the presenter’s days of pogoing are well and truly behind him.

Shizbala2112 wrote: ‘Steady on lad, not getting any younger y’know.’

Mark Wright to QUIT TV role and move back to UK with Michelle Keegan?