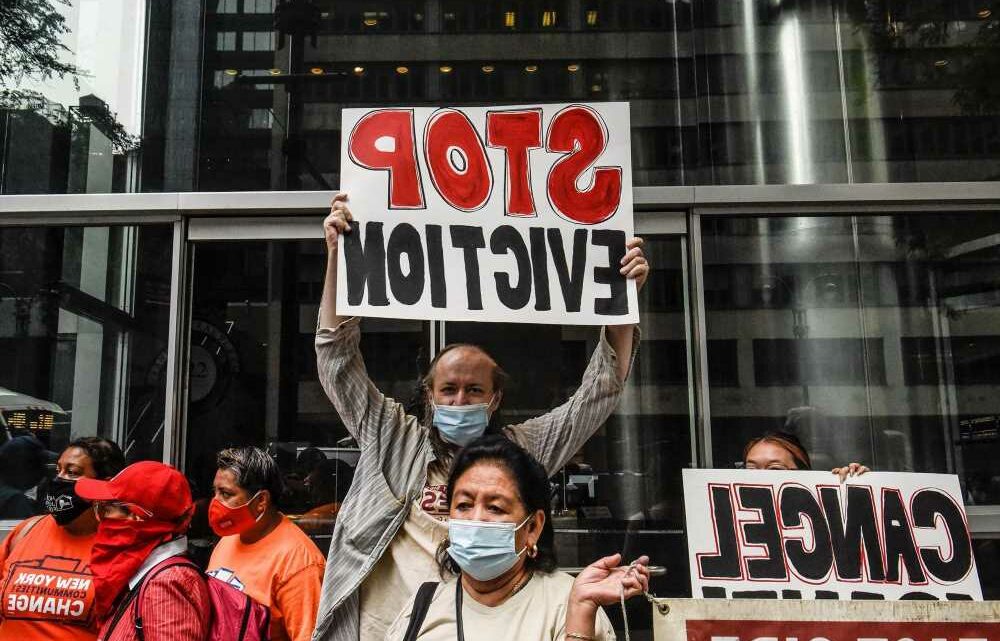 The program’s Web site continues to feature broken links and error messages and send e-mails saying applications are incomplete when they’ve been submitted for weeks, said Joseph Strasburg, president of the Rent Stabilization Association, to The Post.

“Little has changed, because the biggest problems — such as application processing time, and Internet and tech issues– are still rampant,” explained Strasburg, who will testify before three state Assembly committees Tuesday on the federally funded Emergency Rental Assistance Program.

On July 21, New York was the only state in the nation that hadn’t released any of the funds allocated to it by Congress in April.

By July 27, the state had unveiled a new application process for the federal program, which is designed to pay back-rent and utilities for tenants at risk of eviction because of the coronavirus pandemic.

The change came after Sen. Chuck Schumer slammed Cuomo for distributing just 1 percent of the funds since June. 1.

Now, the state will forfeit its billions of dollars in allocated federal relief to other localities if it doesn’t use 65 percent of the pot by Sept. 30.

Strasburg, who reps 25,00 owners of 1 million subsidized city units, said one of his members has 700 applications pending, while three more have at least 150 requests awaiting approval.

A spokesman for the governor did not return a message seeking comment Sunday.

The members expressed “dire concern” over the “lack of significant disbursements” and detailed some of the tech troubles cited by Strasburg.

Their letter said users have reported the rent-relief Web site lacks a “save and resume” button, requiring an application to be filled out in just one sitting instead of over time. Applicants have also had difficulty uploading attachments and have had the site crash hours into the process, critics say.

“The need to fix these errors and streamline the application process is even more dire as New York state’s eviction moratorium is scheduled to expire August 31st and recently extended national protections will also soon expire,” Schumer and the fellow Democrats wrote.

“We, therefore, urge the OTDA to work swiftly to disburse these critical funds with all due speed.

“Delaying these funds any longer could result in a massive wave of preventable evictions,” they warned.

The federal Centers for Disease Control and Prevention recently extended the eviction moratorium through Oct. 3 for areas with high coronavirus cases.