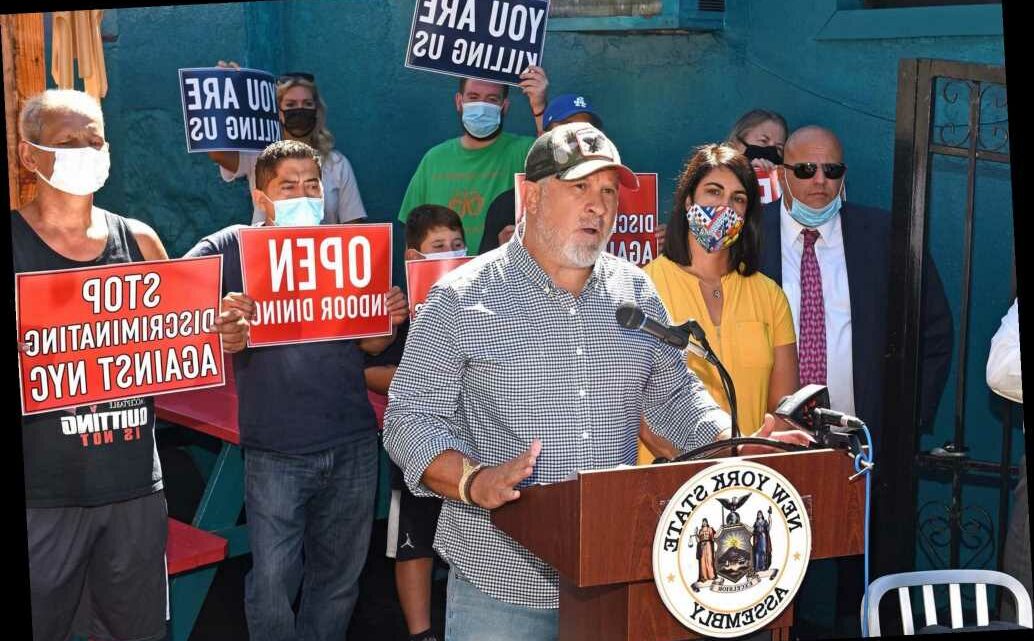 It’s been more than six weeks since indoor dining in the city was placed on pause — again. Meanwhile, officials have rolled out plans for reopening schools, bowling alleys and other venues. It’s long past time restaurant and bar owners saw a similar roadmap to reopening, which could mean the life or death of their businesses.

These owners are truly desperate. They were all set for indoor service at 50 percent occupancy under Phase Three of the reopening back on July 6. (Restaurants elsewhere in the state have been serving customers inside since June 17.)

And by now, the city’s coronavirus infection rate has dropped to less than 1 percent, near the lowest in the nation. Credit the state’s lockdowns and its careful reopening plans. Officials, and New Yorkers, appear to have flattened the curve.

That doesn’t mean the crisis is over — it’s vital we continue to remain vigilant. But conditions have certainly improved enough for Gov. Cuomo and Mayor de Blasio to at least provide a rough timeline for our industry.

Again, it’s been more than two months since indoor dining successfully began reopening statewide. And the city’s COVID metrics now exceed those required for restaurants outside the city to reopen.

Public schools here are even planning to allow kids to gather indoors (with restrictions, of course) for at least some of the time.

So why are government leaders still mum about when indoor dining can hope to return?

As matters stand, you can eat a burger inside a diner on Long Island at 3 a.m. but are only permitted to eat outdoors at a cafe in Queens, and not later than 11 p.m.

In Schenectady, a struggling small-business owner can generate sales indoors on a rainy day, but a restaurateur in Staten Island who’s barely hanging on is effectively closed when clouds open up.

If the August swelter is too much to sit outside and have a shepherd’s pie and Guinness at your favorite bar and grill in the northern Bronx, just walk 100 yards up the street and over the Westchester County border, and another pub will gladly serve you a meal inside.

It’s true there have been reports that some restaurants aren’t complying with pandemic rules. But it’s also true that between 90 percent and 98 percent of restaurants pass inspections meant to keep customers and staff healthy. And remember: Businesses can’t make money if they’re being ticketed and shut down.

We understand, of course, that any effort to move forward will have to grapple with numerous health and ethical considerations. But that’s no reason for further delay.

And it’s not just because the restaurant business is thinking only of itself: Fact is, the city’s 25,000 eateries and drinking establishments are the social and economic fabric of our city. If they can’t open, it will slow down the recovery for the city’s entire economy.

Meanwhile, a lack of information from public officials is only swelling the fear and uncertainty of the nearly 200,000 workers in the industry who’ve lost their jobs and the overwhelming majority of small businesses that cannot to pay rent.

According to a survey conducted by my organization, 83 percent of the nearly 500 restaurant respondents couldn’t pay their full rent in July, and only one in 10 have renegotiated their lease. The situation is dire — and unsustainable.

Of the New York City restaurateurs with whom I speak, all agree that an indefinite closure without a transparent path to reopening and insufficient government aid will unquestionably lead to a significant increase in restaurant closures and continued high unemployment.

Keeping New Yorkers safe and healthy must be paramount. But New York cannot move forward if the city’s restaurants are at a standstill.

Andrew Rigie is executive director of the NYC Hospitality Alliance.