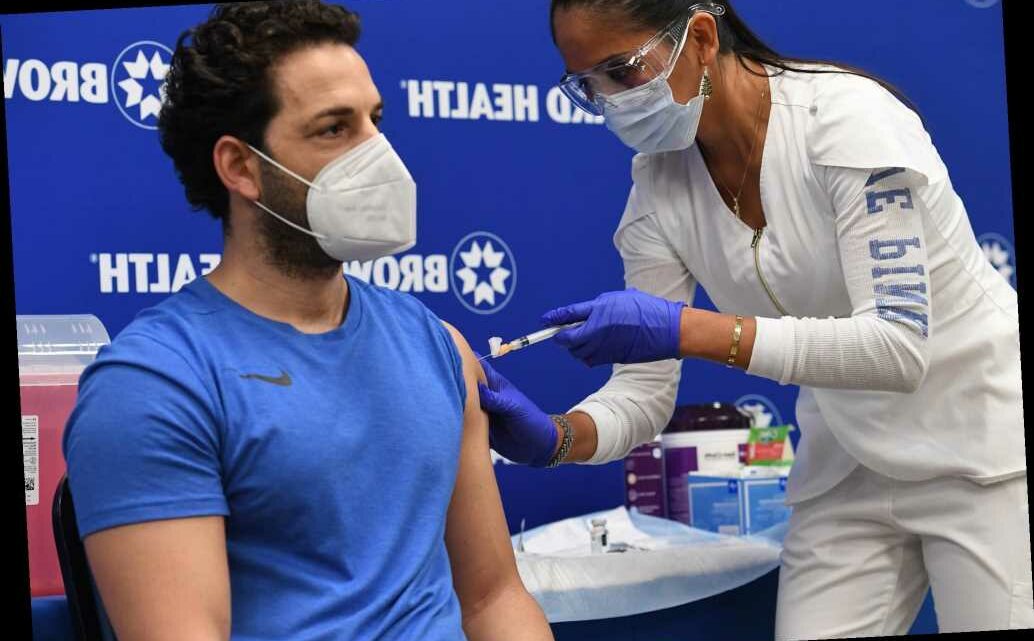 COVID-19 variant may have been in US since October, report claims

New York is lagging behind Florida in its efforts to administer the coronavirus vaccine, federal data shows, despite Gov. Andrew Cuomo and Mayor Bill de Blasio’s boasts of the Empire State’s best-in-the-nation plan.

The Sunshine State has thus far administered vaccines at a rate of 823 per 100,000 residents, according to the federal Centers for Disease Control and Prevention’s online tracker.

New York has administered vaccines to 723 per 100,000 residents, a rate about 14 percent off Florida’s pace, the tracker shows.

The tracker’s data is current as of Dec. 30, due to reporting lags over the holiday.

The figures cast doubt on de Blasio’s bold claim that one million New York City residents would be vaccinated in January — even though the state has thus far administered less than a third of the doses it has on hand.

Asked earlier this week about a delay in the rollout of the vaccine to the NYPD, de Blasio acknowledged that the city could be moving faster, were it not for tight state restrictions on who can receive the shot when.

“This is something we do based on the State guidelines and we’re in constant communication with the State about it,” he said in part during a Tuesday press briefing. “Unquestionably, if we’re given the authorization, we can move very quickly.”

Among the cases highlighting the disparity is that of Nathan Burkan and Greg Heinrich.

Burkan, an 89-year-old Manhattanite who has suffered congestive heart failure and a stroke, told The Post that he has been unable to get the vaccine despite being at an advanced risk for the disease.

“Obviously I and my wife [who is 83] would like to get the vaccine now,” he said.

But his daughter-in-law’s dad, Heinrich, simply drove to his local library in Claremont, Fla. to get the vaccine recently — without even getting out of his car.

“I rolled down the car window and got my shot,” Heinrich, 72, told The Post of his experience getting the drive-thru shot. “I did not have to get out of the car.”

Though the wait was long — about three hours — he simply had to relax in his car until a nurse gave him the jab, then he was on his way.

“Was it worth the wait? Absolutely!” he said. “It was painless.”

Heinrich said that it’s wrong for New York to slow-roll the vaccine distribution at the expense of some of those most at risk, like Burkan.

“If seniors like me can get the vaccine in Florida, why can’t they get it in New York?” he asked. “People 65 and over are a lot more vulnerable than younger people.”

Football: Jason Pine – Analysing the new faces for the Wellington Phoenix ahead of new A-League season