New York City police are looking for a man accused of robbing a string of McDonald’s and other stores in the South Bronx area.

The first robbery happened on April 20 around 11:30 p.m. Police say the suspect walked into a McDonald’s at 279 East 149 Street in the South Bronx, forcibly moved a female’s hand, and stole $52 from the register before taking off. 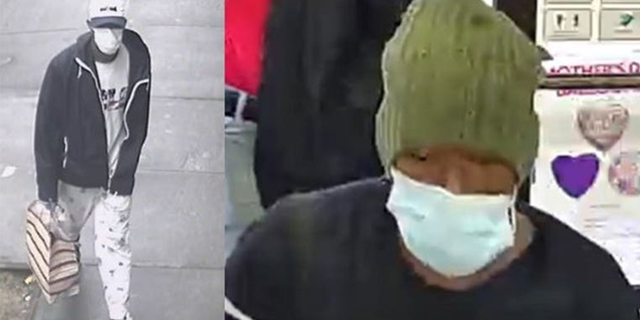 The suspect wanted in connection with a string of robberies in the South Bronx area.
(NYPD)

On April 26, the same man allegedly robbed a McDonald’s at 925 Hunts Point Avenue in the Foxhurst neighborhood. Police say the suspect pulled a knife on a 31-year-old female employee, stole $109 from the register and fled.

Less than a week later, the suspect allegedly robbed a Family Dollar store at 1315 Boston Road in the Bronx’s Morrisania neighborhood around 4:45 p.m. Police say he pulled a knife on a 24-year-old female employee, stole $219 and took off.

The suspect next robbed a Dollar Tree store at 250 East 144 Street in the South Bronx on May 8 around 2 p.m., police say. He allegedly pulled a knife on a 34-year-old male employee, stole $450 from the register and left the store.

On June 10 around 7:20 a.m., the suspect robbed another McDonalds, located at 1600 Boston Road in Charlotte Gardens. He allegedly pulled a knife on a 25-year-old female worker and stole $100.

The suspect robbed yet another McDonald’s on June 14, police say. He allegedly walked into the restaurant at 2870 3rd Avenue around 1 a.m., pulled a knife on a 30-year-old male employee, and stole $105.

No arrests have been made in connection with the robberies. Anyone with information is asked to call NYPD’s Crime Stoppers at 1-800-577-8477.