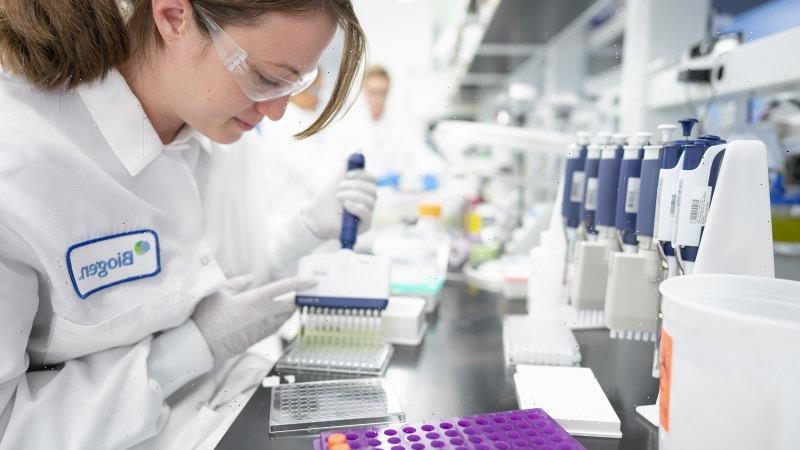 A controversial new drug that has offered hope to Alzheimer’s sufferers by slowing cognitive decline still needs to be cleared by local regulators before it can be rolled out in Australia.

Experts said the new treatment was a breakthrough but more time was needed to get more evidence of its effectiveness and potential side effects. 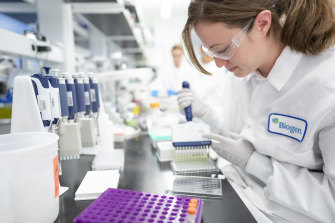 The potential that the drug will generate billions of dollars in annual sales sent Biogen’s stock soaring, and boosted the shares of rival drugmakers working on similar therapies.Credit:AP

Health Minister Greg Hunt said he hoped Australia’s medical regulator will sign off on the drug after the US Food and Drug Administration announced its decision to fast-track the approval.

It’s the first new treatment for the disease to be approved for two decades, in a controversial decision that delighted advocacy groups but defied the wishes of many top experts in the field.

The approval will see pharmaceutical company Biogen able to sell its aducanumab medication, which had trials involving 100 Australian participants. The drug will be given the brand name Aduhelm.

It came after the FDA’s own scientific advisory panel last year said the medication should not be approved because the evidence of its effectiveness was not persuasive enough, voting it was not “reasonable” to consider Biogen’s clinical trial results as primary evidence of effectiveness.

But the FDA decided the medication met its standards for accelerated approval, which is used to fast-track promising new drugs to treat serious or life-threatening illnesses.

Mr Hunt says he would make it available on the PBS if Australia’s Therapeutic Goods Administration approves it.

“It’s a sign of hope, I met with the company (Biogen) a few years ago when they were developing it,” he told 2GB on Wednesday morning.

“I really hope it is approved but it’s an independent medical regulator.“

One of Australia’s top experts on ageing and dementia said questions needed to be answered before the new drug could receive a similar approval in Australia. 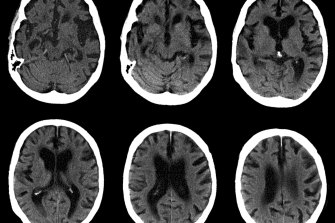 Biogen’s drug Aduhelm slows was found to slow alzheimers in one study. Credit:Alamy

“There are questions about who should get it, how should it be distributed and what side effects including headache and nausea, that need to be considered,” said Professor Henry Brodaty, ​co-director of the Centre for Healthy Brain Ageing at University of NSW.

Professor Brodaty said the approval process would be costly.

“Because the drug works by reducing a protein in the brain, we need to see there is an accumulation of this protein which requires a PET scan using specific chemicals which can cost upwards up $2000,” he said, noting the accelerated approval in the US was an exceptional case.

“Alzheimer’s detection isn’t as easy as we’d like. It’s been given accelerated approval because there is nothing else out there. We still need more evidence.

“It’s a breakthrough in a sense, because it is the first drug approved since 2003, and it’s the first drug that attacks disease process so it’s definitely an advancement.”

Dementia Australia CEO Maree McCabe agreed with would be “some time” before the drug became available in Australia.

“If or when that time comes it will be important for people to have access to appropriate information to enable them to make an informed choice about their treatment,” she said.

Dementia researcher Associate Professor Michael Woodward, who was involved in trials of the drug at Melbourne’s Austin Health network, said the new drug can significantly reduce a person’s rate of memory decline, however its use may be limited.

“Aducanumab should only be used in the early stages of dementia and may not work for everyone,” he said.

“It can also cause side-effects and these need to be carefully monitored with regular MRIs.

Dr Woodward said it was possible that, if used very early in Alzheimer’s disease, the drug would prevent the emergence of further symptoms, but more research needed to be done.

The World Health Organisation estimates 50 million people worldwide have dementia. About 470,000 Australians are living with the disease, according to Dementia Australia.