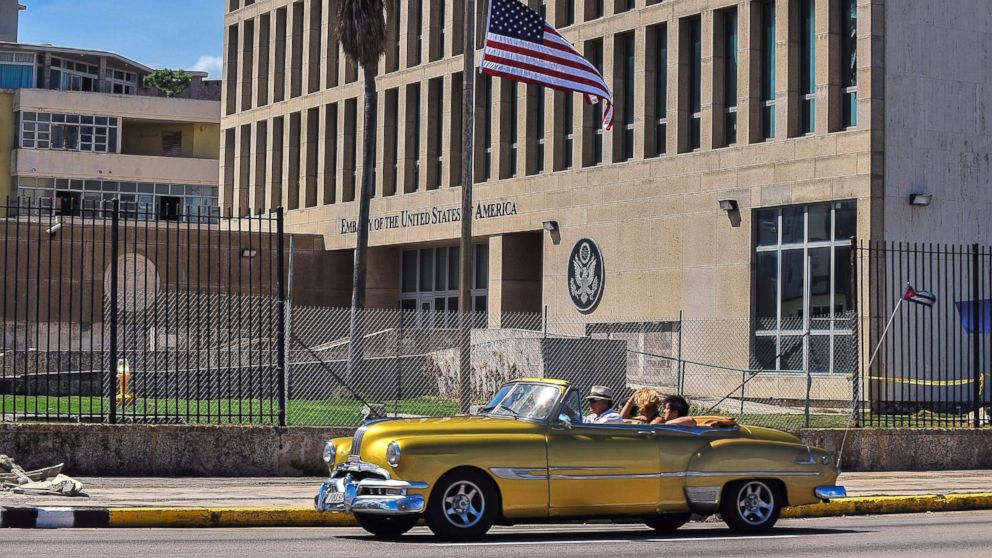 U.S. diplomatic personnel residing in Cuba’s capital who felt ill after hearing loud, high-pitched sounds or feeling pressure sensations suffered damage to a part of the inner ear responsible for maintaining balance, according to a study by the doctors who first treated them.

Beginning in the fall of 2016, more than two dozen American government employees posted at the U.S. embassy in Havana reported neurological, cognitive and emotional issues following exposure to an unknown, directed energy source inside their homes, according to physicians at the University of Miami who examined the patients and revealed their findings in a scientific paper published Wednesday in the journal Laryngoscope Investigative Otolaryngology.

“Objective testing showed evidence of a balance disorder that affects the inner ear and a unique pattern of cognitive and behavioral dysfunction,” Dr. Michael Hoffer, the lead author of the study, said in a press release. 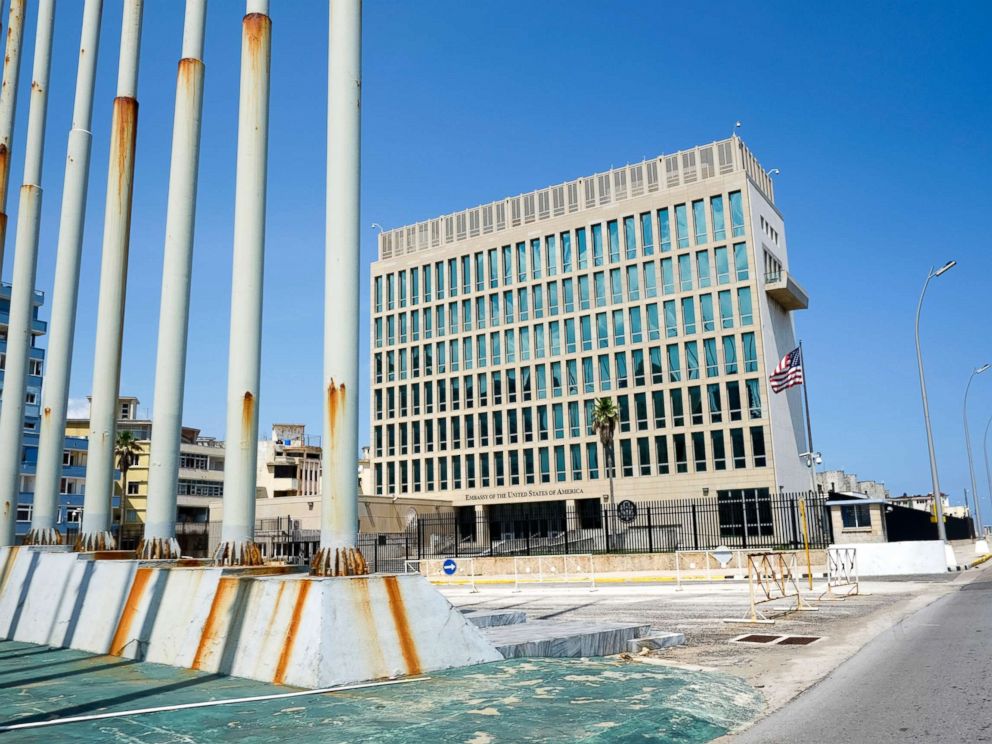 The patients complained of intense ear pain, hearing loss, headaches, dizziness and difficulty with balance, as well as increased anxiety and irritability, doctors found, but who or what caused the damage is still unknown.

“The possible sources and the medical findings we have here do not have a quick or easy solution,” said Dr. Carey Balaban, a professor of otolaryngology at the University of Pittsburgh School of Medicine who contributed to the study. “I wish someone could tell us that right now. I wish we’d have that.”

The study is the first to look at patients as soon as four days after they were exposed to sounds or pressure — a time period described as the “acute presentation” of symptoms, meaning very soon after they began to show. The study examined 25 people with symptoms and 10 people who were their roommates but did not have any symptoms. 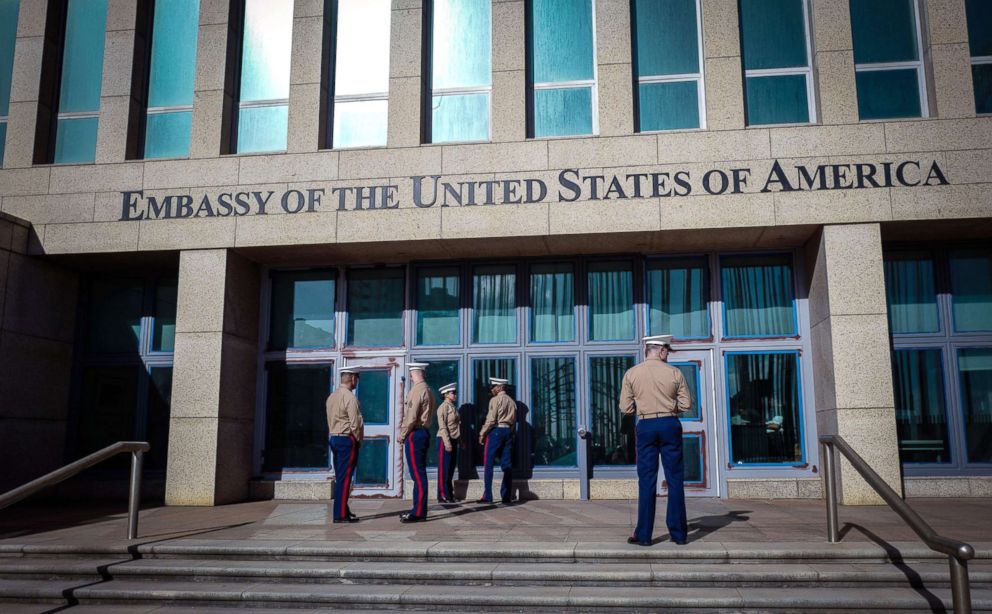 Wednesday’s paper differed from a study published in February by a team of doctors at the University of Pennsylvania, which found patients may have suffered “a possible acquired brain injury.”

The study released Wednesday found the symptoms didn’t resemble “more classic traumatic brain injury,” but did find there was injury to the ears that affected the brain.

The authors of this latest study also emphasized that it further showed that the patients’ symptoms weren’t stemming from their imaginations or caused by anxieties.

Balaban described it as “measurable, quantifiable evidence that something really did happen.”

Hoffer, who served for 21 years in the military and has experience in blast trauma, highlighted the ways the study, and the situation, are unique.

“I never even got this phone call when I was in the military, and the phone call was: ‘This is the State Department, we have a problem,'” Hoffer said in a press conference in Miami on Wednesday.

A State Department spokesperson told ABC News that while it has “welcomed any clinical publication that would help the scientific community better understand what may have caused the observed symptoms” it was not informed about this study’s publication.

“The State Department reviewed, cleared, and in February 2018 informed Dr. Hoffer that it had no objection to his proposed New England Journal of Medicine article,” the spokesperson said. “With regard to his Laryngoscope Investigative Otolaryngology article, the Department was not informed of nor aware of this publication. The Department did not authorize or clear on this study.”

But Hoffer told reporters Wednesday that the State Department “saw the study, they cleared the study, they had to clear the study. In fact, the study spent nine months in the state department getting cleared to make sure it didn’t have any classified information in it.”

The source of the localized noise or pressure sensation that caused the symptoms has not been determined, though the study found it would be “imprudent to exclude any potential directed or non-directed energy sources at this time.”

“We have incontrovertible objective evidence that they had an abnormality when they represented acutely,” Hoffer said. “What caused it, who did it, why it was done, we don’t know any of those things.”

Hoffer acknowledged frustrations with the lack of answers but said studies were ongoing.

“I think its vexing for all Americans, all people around the world, that people can be harmed and not know why. But we have to let the science play out,” he said.

Balaban, the only professor on the study not from the University of Miami Miller School of Medicine, said he’s currently doing a study sponsored by the Office of Naval Research to “try and get an idea of what are likely possibilities.”

“I want to make it imminently clear that we don’t know what they were exposed to and certainly can’t make any inferences as to whether it was deliberate or inadvertent — no idea,” Balaban said of the patients.

According to Balaban, there are a number of easily purchased items that could be used, like pest-control devices, and there have been other examples of biological exposure or directed energy that could cause such symptoms.

“These are in the safe range but it shows you the technology is there and could be placed inside a room that could do such a thing,” Balaban said.

Steph Curry says he was 'joking' when he questioned moon landing, will visit NASA