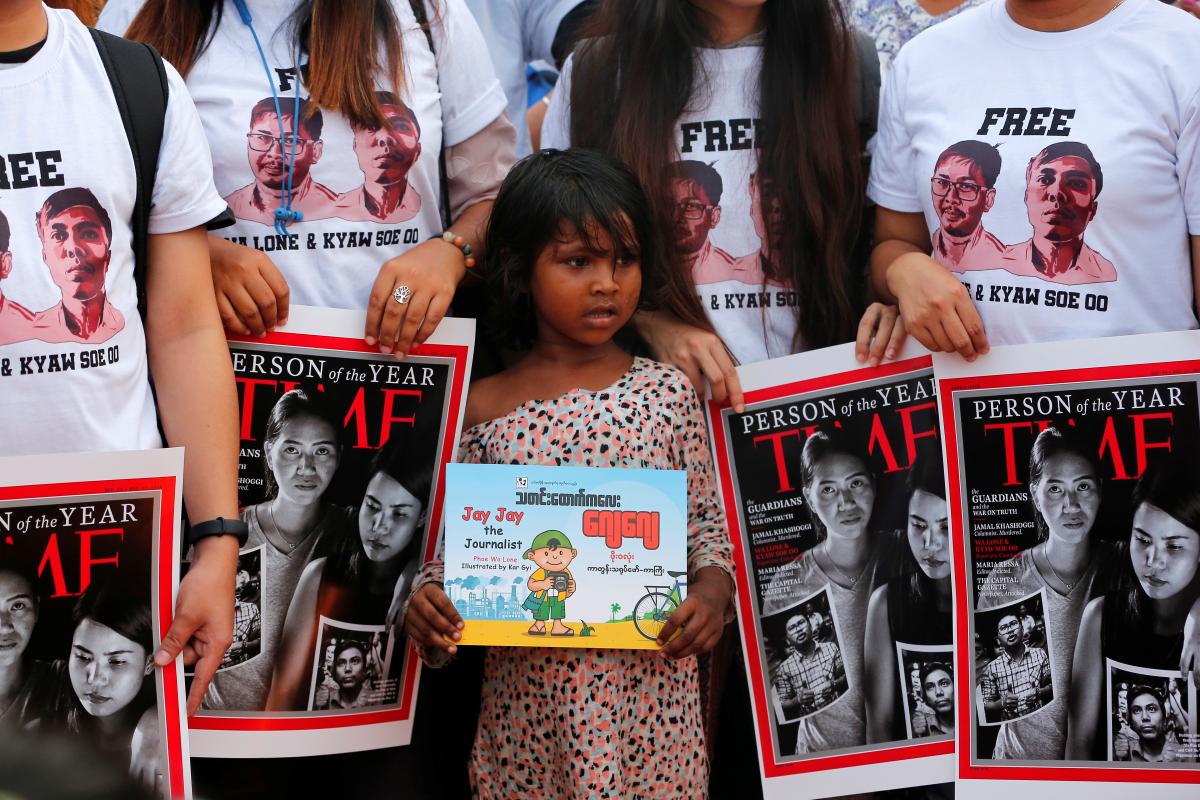 (Reuters) – More than 100 Myanmar activists marked the anniversary on Wednesday of the arrest of two Reuters journalists sentenced to seven years in jail in a landmark free speech case by releasing balloons at a rally in the country’s largest city Yangon.

Wa Lone, 32, and Kyaw Soe Oo, 28, were found guilty in September of violating the country’s Official Secrets Act, in a case that has raised questions about Myanmar’s progress towards democracy and sparked an outcry from human rights advocates.

Students, journalists and writers sporting t-shirts that read “Journalism is not a crime” and “Free Wa Lone and Kyaw Soe Oo” lit candles and held a minute’s silence for the two reporters.

Some held copies of the latest cover of Time magazine featuring the journalists and their families after they were named among a group of reporters as the publication’s “Person of the Year”.

“A year ago, Reuters reporters Wa Lone and Kyaw Soe Oo were arrested in a set-up by police, intended to interfere with their reporting on a massacre in Myanmar,” said Reuters editor-in-chief Stephen J. Adler in a statement on Wednesday.

“The fact that they remain in prison for a crime they did not commit calls into question Myanmar’s commitment to democracy, freedom of expression and rule of law.”

The journalists have appealed against their conviction, citing evidence of a police set-up and lack of proof of a crime. An appeal hearing is scheduled for Dec. 24.

During eight months of hearings, Wa Lone and Kyaw Soe Oo testified that two policemen they had not met before handed them papers rolled up in a newspaper during a meeting at a Yangon restaurant on Dec. 12. Almost immediately afterwards, they said, they were bundled into a car by plainclothes officers.

On Feb. 1, a police witness said under cross-examination that information in the documents had already been published in newspapers. In April, a prosecution witness testified that a senior officer had ordered subordinates to plant documents on Wa Lone to “trap” the reporter.

Myanmar leader Aung San Suu Kyi said in September that the jailing of the reporters had nothing to do with freedom of expression. In comments made the week after their conviction, she said they had been sentenced for handling official secrets and “were not jailed because they were journalists”.

Government spokesman Zaw Htay said at a news conference last month that the government could not interfere in the case as Myanmar’s courts were independent. He could not be reached for comment on Wednesday. 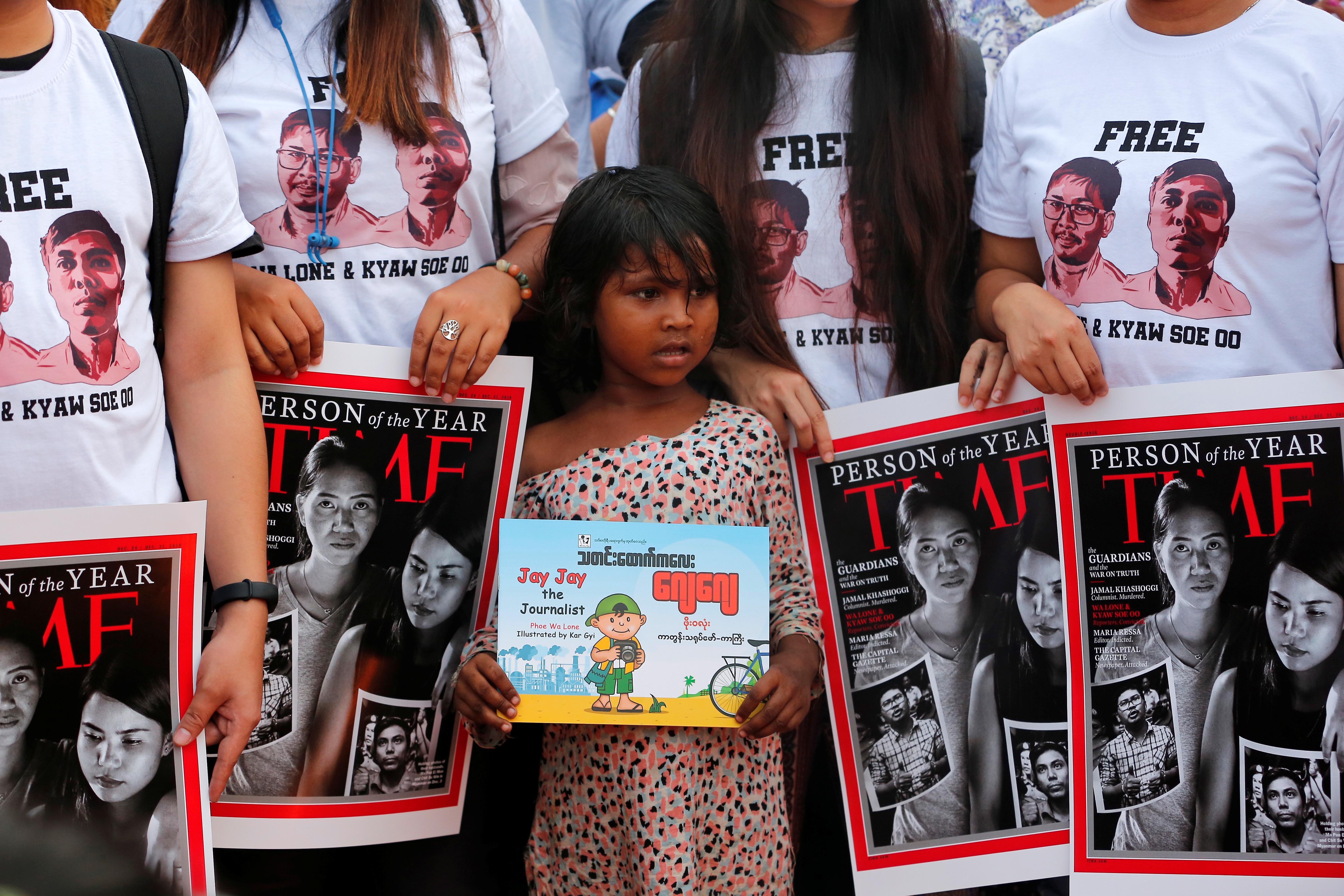 The United States called on the Myanmar government to release the journalists. “After spending a year in prison, it is past time for journalists Wa Lone and Kyaw Soe Oo to go home to their families,” said the country’s embassy in Yangon in a statement.

Several media organizations and journalists’ clubs, including the Foreign Correspondents’ Club of Hong Kong and the BBC World Service, as well as many Reuters journalists, have posted photographs on social media featuring Wa Lone’s signature “thumbs up” gesture, which he displayed to supporters throughout the trial.

Before their arrest, the reporters had been working on a Reuters investigation into the killing of 10 Rohingya Muslim men and boys by security forces and local Buddhists in western Myanmar’s Rakhine state during an army crackdown that began in August last year. The operation sent more than 730,000 people fleeing to Bangladesh.

Coping with Christmas as a recovering alcoholic: 'Feelings are just feelings. You have them and they pass'
World News