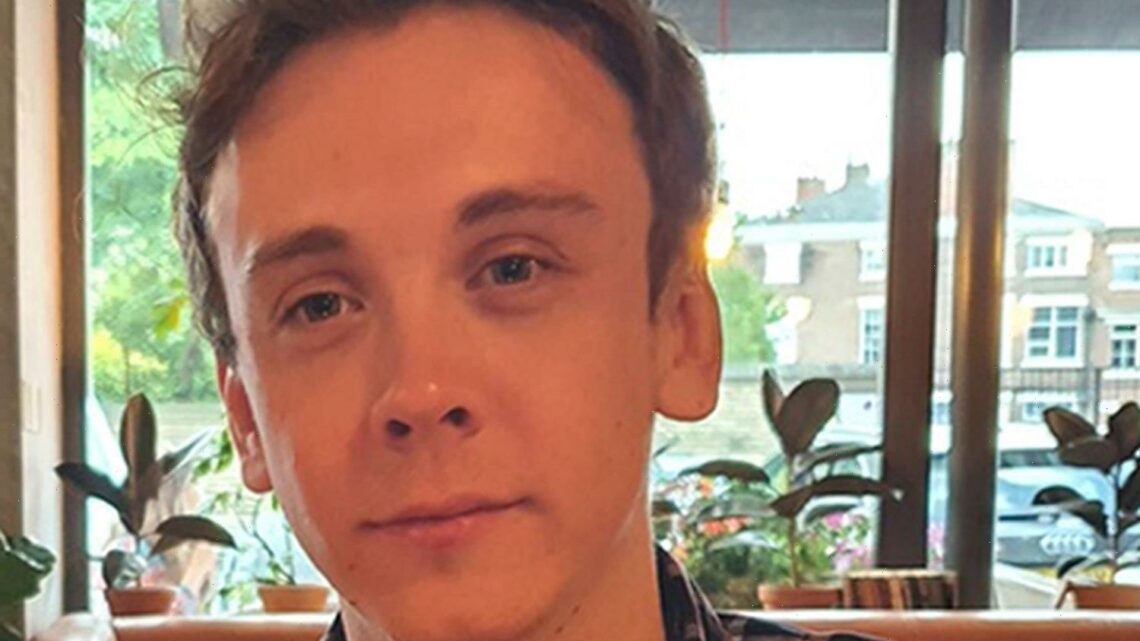 My son's terrifying death in 90-minute stabbing spree 'tortures me every time I close my eyes', mum tells court

A HEARTBROKEN mum has told how her son's death at the hands of a paranoid schizophrenic during a stabbing spree "tortures me every time I close my eyes".

Jacob Billington, 23, "bled to death in the street" after being knifed during a frenzied rampage in Birmingham last year. 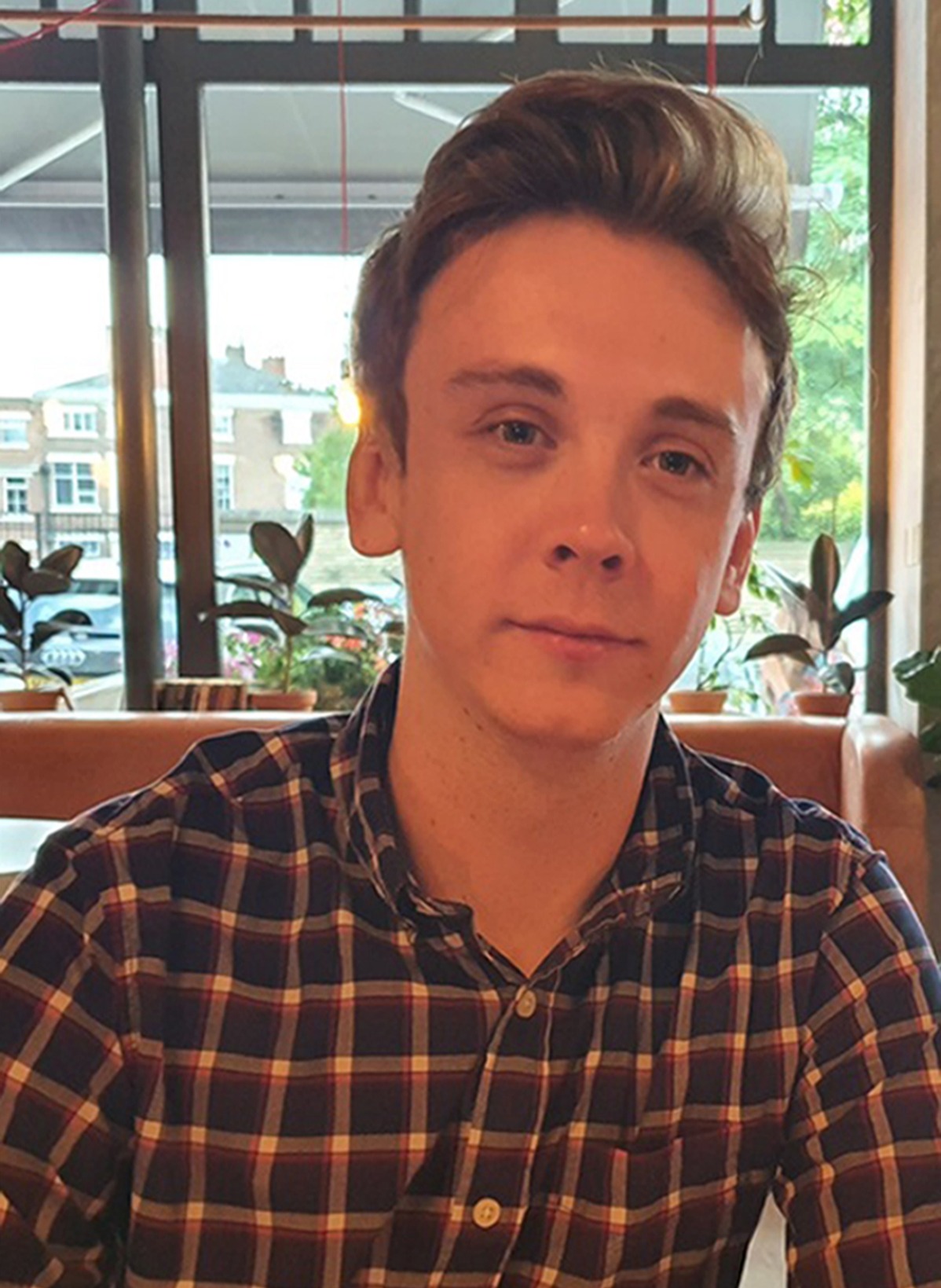 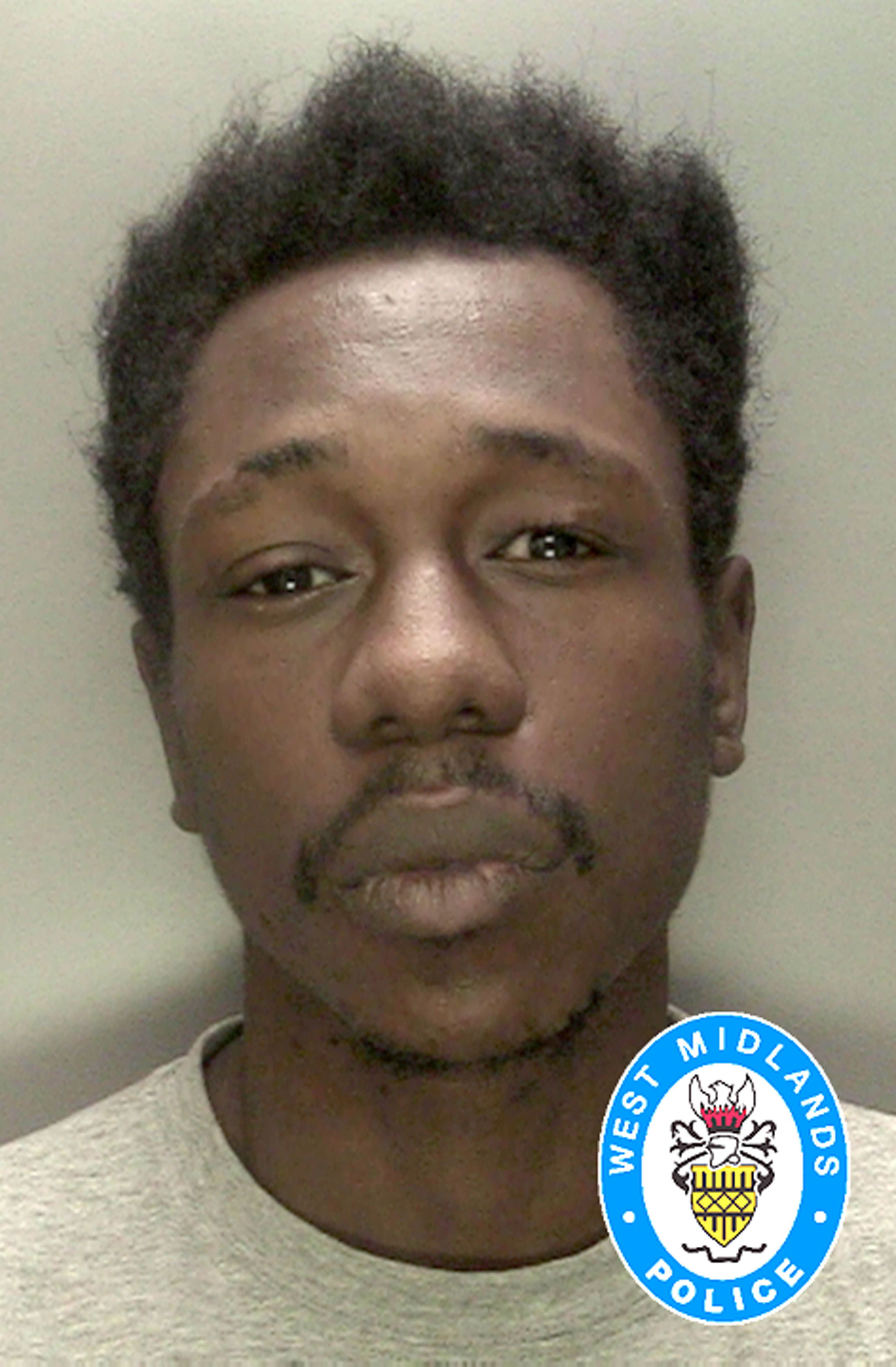 Seven others were also injured in five separate incidents carried out within 90 minutes in the city centre.

Jacob's devastated mother Joanne says the brutal attack has left her "haunted" as she described her beloved son – who was visiting a friend studying in the city when he was killed – as "bright, cheeky and talented".

"I didn't get a chance to say goodbye to my son – he was dead before he knew anything was wrong," the grieving mum said.

"I am haunted about how he died, how terrified he must have been.

"This tortures me every time I close my eyes."

Jacob was killed by 28-year-old Zephaniah McLeod, who has previously admitted his manslaughter by diminished responsibility.

McLeod has also admitted stabbing and slashing seven other people during a "brutal" series of knife attacks carried out in the early hours of September 6, 2020.

At the start of what is to be a two-day sentencing hearing at Birmingham Crown Court on Tuesday, the families of McLeod's victims heard how he was diagnosed with paranoid schizophrenia in 2013, but "never" had proper treatment.

McLeod, who had previous convictions for robbery, assault, supplying drugs and possession of an imitation firearm, had been out of contact with psychiatric health services since his release after a three-year prison term, in April 2020.

He was then in the community, "unsupervised", at the height of the first Covid-19 lockdown – despite a history of refusing to take his medication in prison and speaking in 2018 of hearing voices which said "kill 'em, stab, stab 'em, they're talking about you".

McLeod then missed a psychiatric assessment appointment just four days before he struck.

Mrs Billington told the court she hoped "all the agencies involved" made sure the McLeod's care was "properly looked in to, and that all involved remember my son bled to death in the street at the hands of someone well-known to many agencies".

Opening the case, Karim Khalil QC, prosecuting, said mental health services eventually made contact with McLeod after release, and he had been due a "face-to-face" assessment with a psychiatrist but "refused" to attend.

But before he could be assessed, McLeod launched a violent series of attacks, claiming the life Jacob, a talented musician and Sheffield Hallam University worker.

Mr Khalil said: "He armed himself with two large knives and aimed at parts of the body, namely the head, neck and chest where the most severe injuries would be likely to be caused.

"We suggest the fact some victims sustained physical injuries that weren't as serious was purely by chance, rather than by design."

McLeod had previously also admitted four counts of attempted murder, including one attack which left a victim partially paralysed, and three separate offences of wounding with intent to cause grievous bodily harm.

Mr Khalil said McLeod, who would self-medicate with illicit drugs, had "never before received sustained, effective treatment due to a number of identified reasons including his own lifestyle".

'FACE TO FACE WITH EVIL'

The court heard how on his release from prison, mental health services struggled to trace him, with a psychiatrist giving evidence they were "not informed of his whereabouts".

It was only when they received a referral from McLeod's GP that mental health workers were able to track him down.

During a home visit on September 3, McLeod spoke on the phone to a psychiatrist, telling them he could hear voices, saying there were "there all the time and can be distressing".

But McLeod, of, Selly Oak, Birmingham, then went on to carry out the attacks.

He was seen by witnesses walking "calmly", at times "muttering" to himself, and also "smirking".

At one stage CCTV of his spree drew a shocked gasp from the packed public gallery in court, as he knifed an unsuspecting worker in the face, who was sat looking at her mobile phone.

After attacking his first three victims, he disposed of the serrated knife, taking a cab home to pick up another 20cm kitchen knife, before returning to the city centre.

The court heard statements from the victims, read to court, and from the families of those affected.

One of Jacob's younger sisters, Abbie Billington, said: "How has a man so unstable, in a mental health crisis, been able to go along the streets with a weapon?

"How has this unstable man been let loose, attacking however many people he did, changing so many lives, changing Michael's life, all the other's, and killing Jacob?"

The university worker's father, Keith Billington, spoke of his son's "humour" and "charm"; of holding his hand on the first day of school, and watching Everton play football together.

He said his son had come "face-to-face with evil" when Jacob and his friends "were just going back to their hotel".

Mr Billington added: "McLeod brought terror to the streets of Birmingham but apparently is not a terrorist.

"What he is, we'll never know, as he hides behind his defence team, hell-bent on portraying himself as a victim of the system.

"This man has no place in society, he is clearly one of the most dangerous people to have walked the streets of this city.

"I look forward to the courts passing a very long sentence for McLeod."

Jacob was fatally stabbed in the neck and shoulder while returning to his hotel after celebrating a friend's birthday.

The 23-year-old, from Crosby, Merseyside, was attacked alongside close friend and bandmate, Michael Callaghan.

Mr Callaghan, 24, was left gravely injured, suffering a single stab wound to the neck, leaving him partially paralysed down his left side and causing massive blood loss which triggered a stroke.

He appeared in court walking unaided to hear the case opening.

In his statement, read to court, Mr Callaghan, a medical engineer, told how at first he was not well enough to be told the news his close friend had died.

He said: "The most immediate consequence of the attack is; as I was bleeding out, I was unable to try and help save Jacob.

"My friend saved my life… what's to say I wouldn't have been able to do the same?"

He added: "Ever since McLeod murdered my friend… and stuck a knife in my neck, I often wish he had succeeded in killing me and still sometimes do."

The hearing continues on Wednesday. 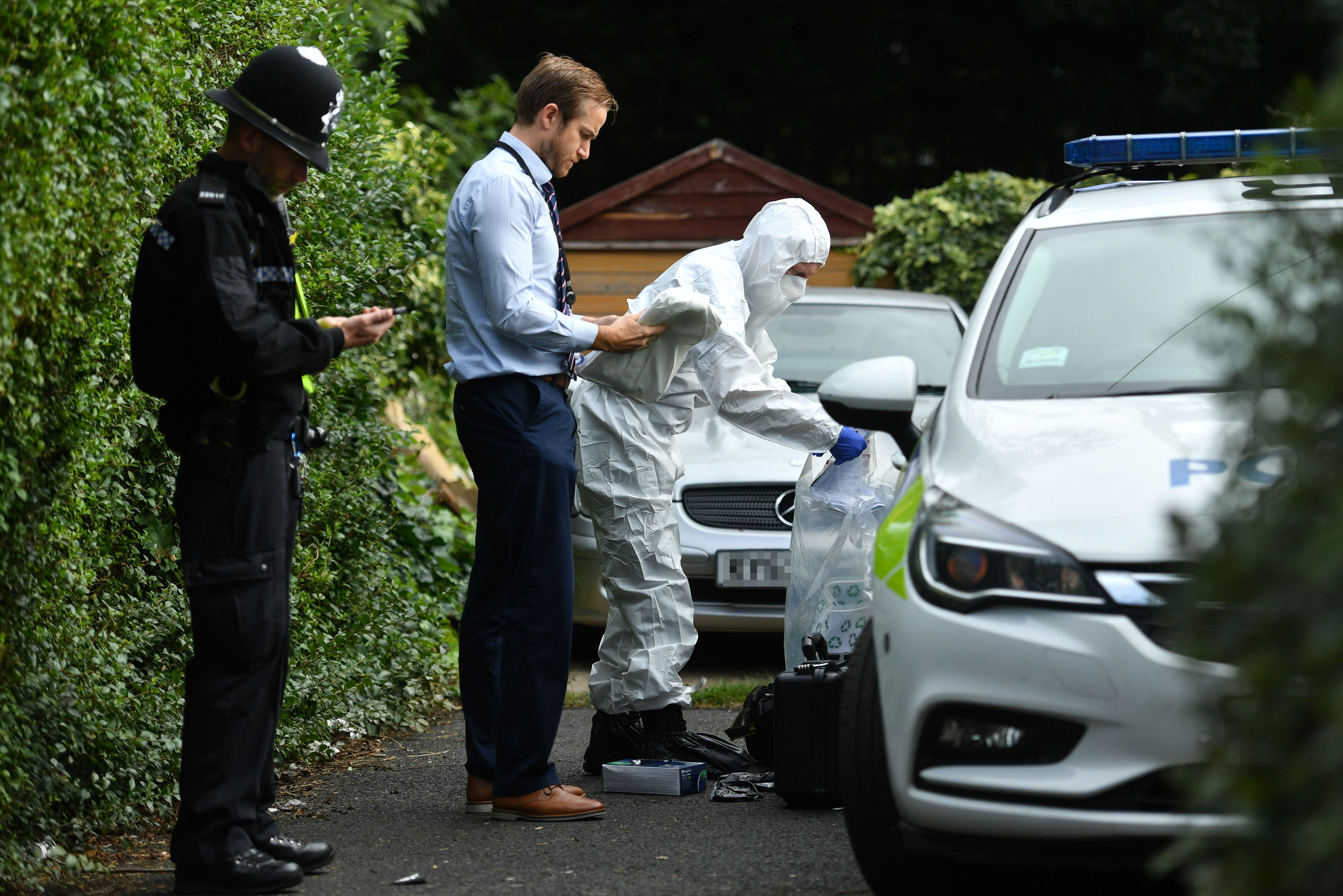 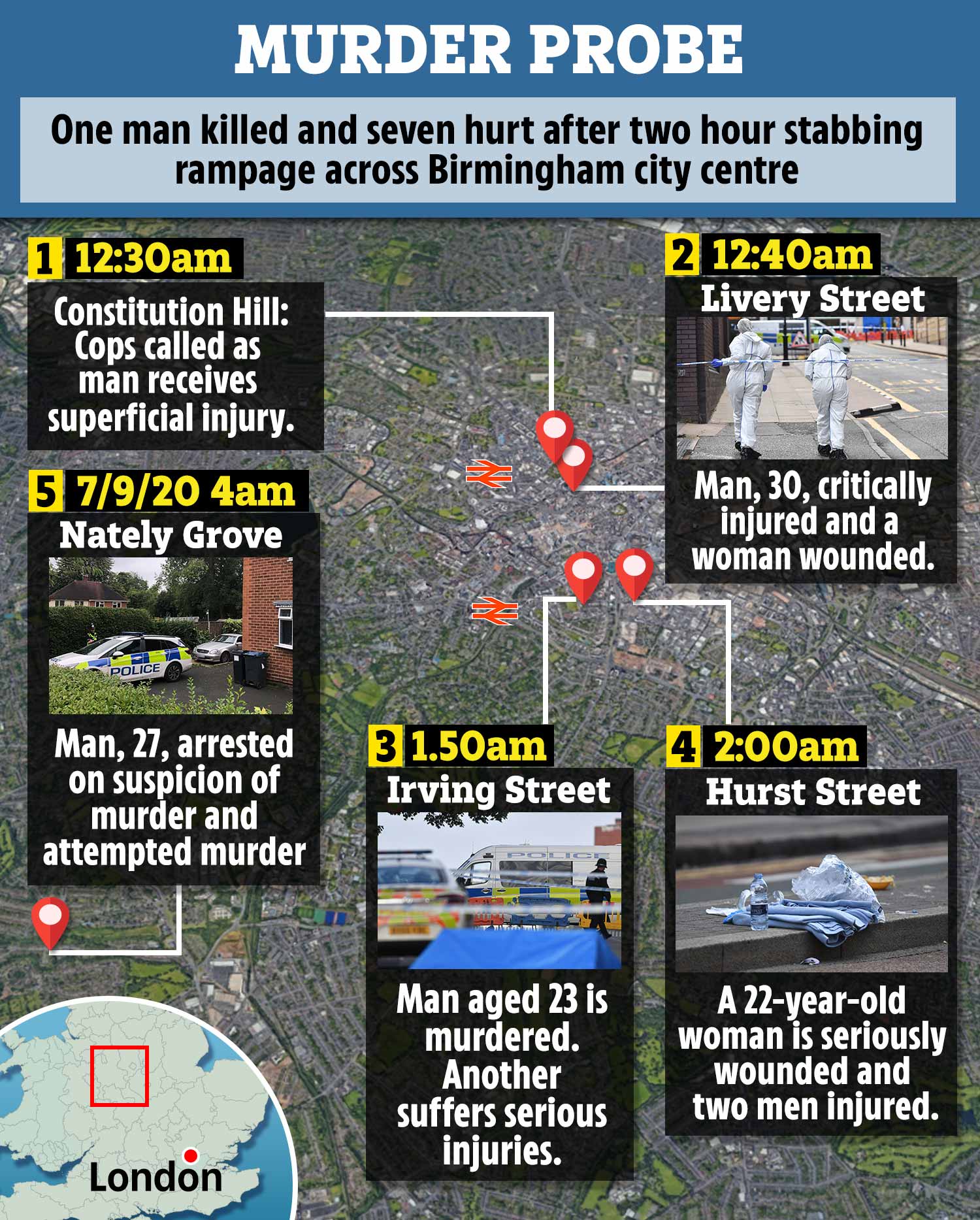