Tesla (TSLA) CEO Elon Musk says his planned $44 billion purchase of Twitter (TWTR) is on hold. The reason? He wants to verify Twitter’s claim that spam or bot accounts make up just 5% of its total users rather than significantly more as some suspect.

Musk made his announcement — where else — on Twitter, linking to a Reuters article detailing the disclosure.

But as Variety notes, and Yahoo Finance has confirmed, Twitter has been making the same claim about spam and bot accounts for years in its quarterly 10-Q filings with the Securities and Exchange Commission.

"We have performed an internal review of a sample of accounts and estimate that the average of false or spam accounts during the first quarter of 2022 represented fewer than 5% of our mDAU during the quarter," Twitter wrote in its recent 10-Q.

Twitter has used identical language in 10-Qs, with the exception of the year, going back to at least 2014. If Musk wanted Twitter to verify that claim, he could have asked about it before making his offer. It's entirely possible he's just using the bot issue as an excuse to back out of the deal.

Still, spam bot accounts pose a major problem for Twitter. They not only inflate user numbers, but they also provide advertisers with an inaccurate count of how many real people they’re actually reaching.

Despite putting the deal on hold, Musk says he’s still committed to the acquisition. Shares of Twitter, meanwhile, fell more than 9% in early trading on Friday. The S&P 500, which has been hammered in recent days along with the rest of the market, was up nearly 2%.

Musk's sudden decision to put the deal on hold feels particularly out of place because he's pointed to eliminating spam bot accounts and limiting content moderation as his main reasons for buying Twitter.

After all, if you’re making a $44 billion acquisition, chances are you’ve done the due diligence to recognize that Twitter has been making the same claim about bots quarter after quarter. 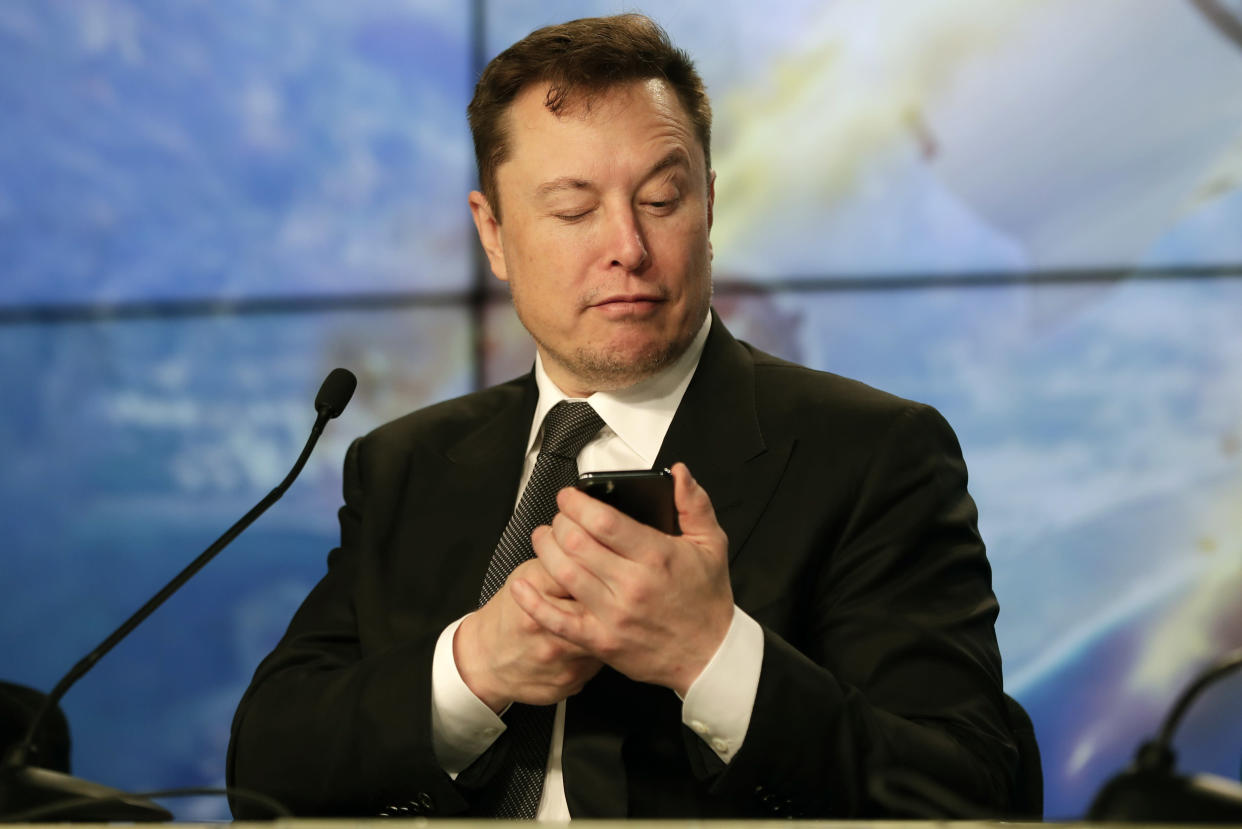 Spam bots have been especially problematic when impersonating major celebrities and executives like Musk. Faux accounts masquerading as the Tesla CEO have, in the past, pushed crypto-related scams, while other fraudulent accounts have stolen users' log-in information or accessed their crypto wallets.

Bots in general are allowed on Twitter, and provide users with automated updates for things like COVID vaccine availability. Sometimes they just provide just a little bit of art to liven up your Twitter feed. Spam bots, however, are specifically designed to either scam users or spread disinformation.

According to The Washington Post, researchers at The University of Maryland found that Musk himself has benefited from spam bots designed to defend him against detractors. Other such bots have pushed for Musk to move forward with his planned Twitter takeover.

If Musk is able to completely eliminate spam bots, it could make Twitter a more hospitable social network, but it would also reduce the platform’s overall user numbers. That could severely curtail Twitter’s ad revenue, not to mention hurt the firm’s stock. After all, one of a social media network’s most important stats is the number of users it has.

It’s not as though Twitter doesn’t try to take down spam bots on its own, either. The company says it has its own enforcement team dedicated to eradicating spam bots. In 2021, Twitter reported that it detects 25 million spam or automated accounts each month.

How Musk will accomplish what Twitter has been unable to do on its own remains a mystery. While he says he’s still committed to buying the platform, if he does back out, spam bots will likely remain on Twitter. They might even continue to proliferate even if the deal goes through.

'Married… With Children' Could Return as Animated Series With Original Cast