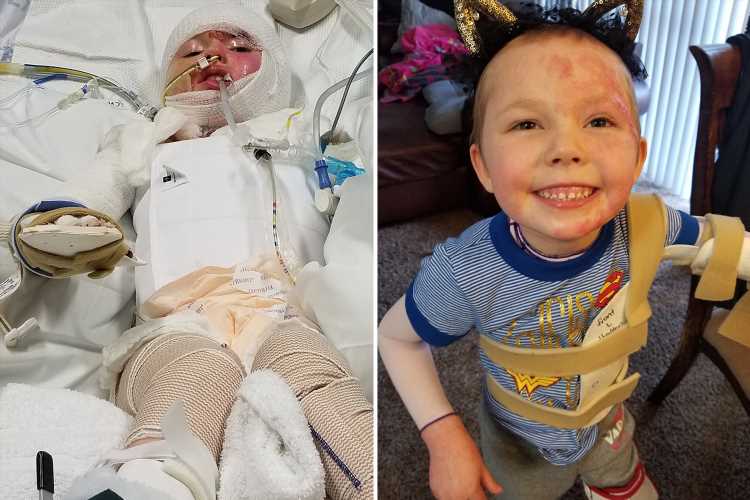 Mum’s candle warning as daughter, 6, has fingers and toes amputated after sofa caught fire – The Sun

A SIX-YEAR-OLD girl suffered horrific burns and was forced to have her fingers and toes amputated after an unattended candle set an apartment ablaze.

Little Kenzie was left with 68 per cent burns to her body and needed multiple operations following the fire in December. 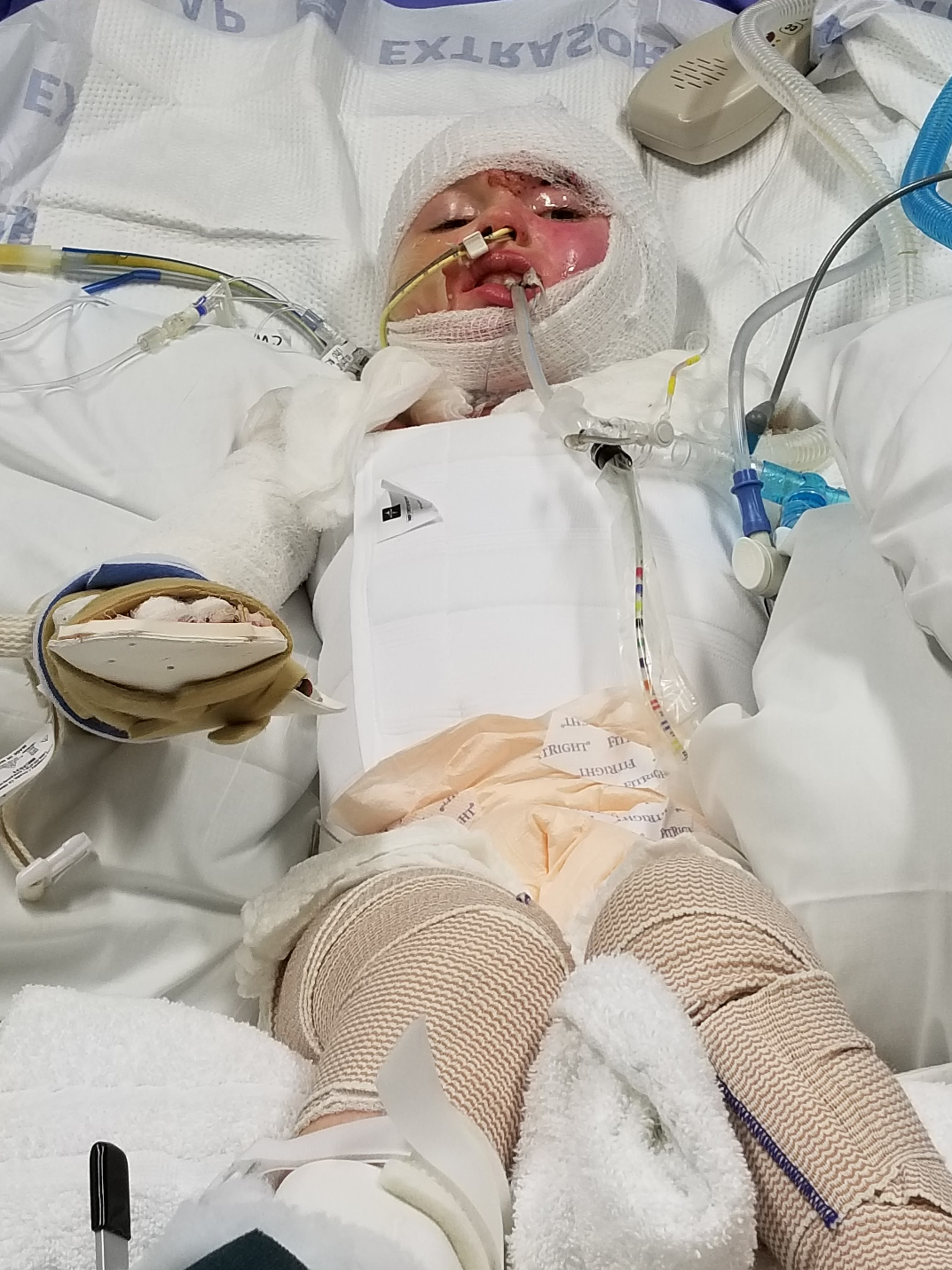 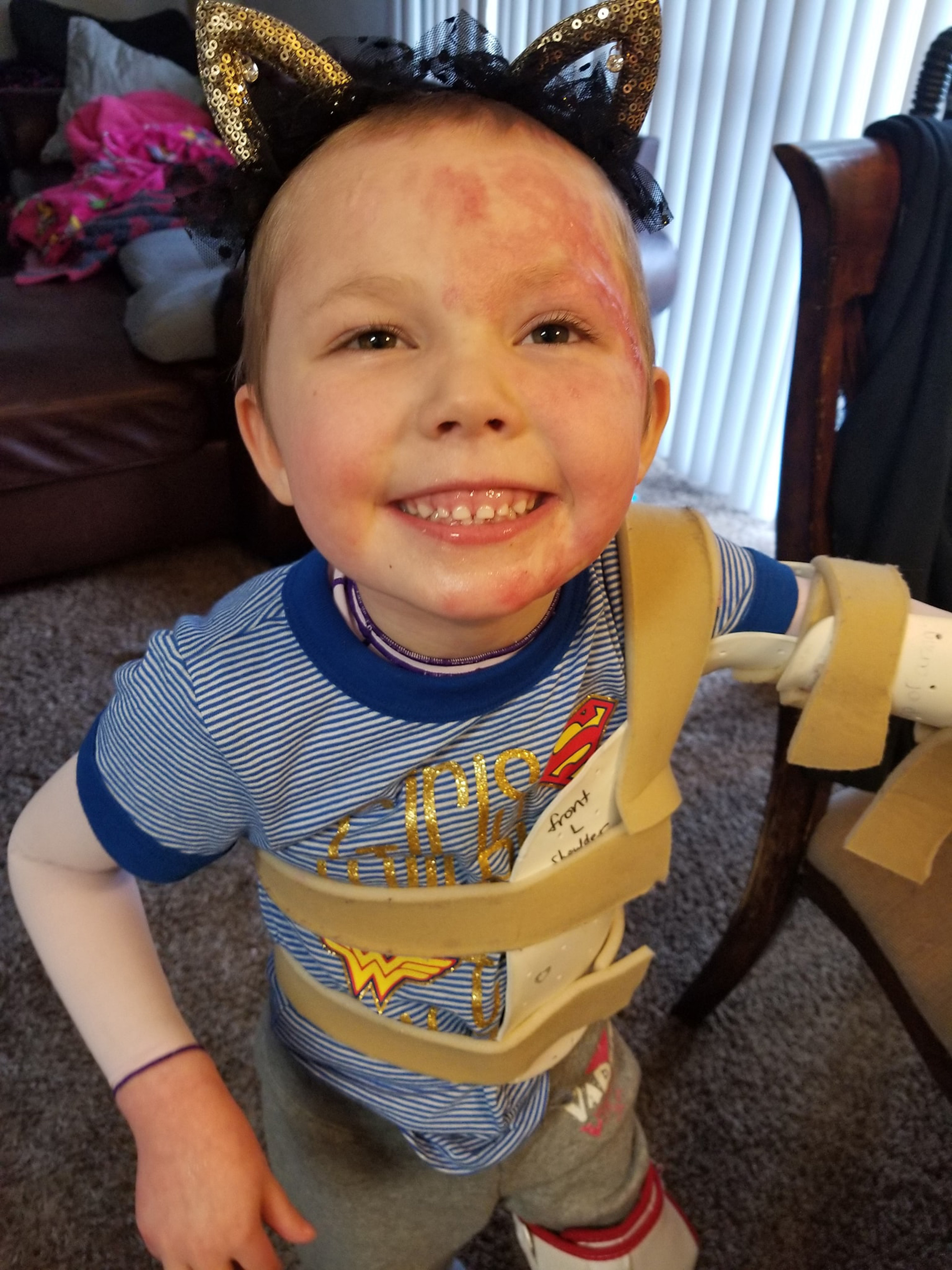 Now her mum Jessica, of Indiana, US, has issued a stark warning about the dangers of burning candles.

Kenzie was on a family weekend away when the apartment below suddenly burst into flames after a candle got too close to the sofa and set it alight.

The blaze then spread to the apartment above, where firefighters found terrified Kenzie hiding in her bedroom.

She was rushed to hospital – where she remained for four months and had several surgeries, including skin grafts and amputations on her left fingers and toes.

Her mother, Jessica, 42, said: "On Sunday, December 16 I received a phone call from Kenzie's father telling me there had been a fire in the apartment below, caused by an unattended candle.

"After being in the fire for three minutes, Kenzie was rescued by firefighters and rushed to hospital to treat her burns.

"Obviously, I got to the hospital as quickly as I could and as soon as I walked in to the ward I knew how serious this was – she was black from head to toe and evidently in so much pain.

"She was then airlifted to a children's hospital, and it was here that I found out that she had 68 per cent burns on her body and that she would need multiple surgeries."

Jessica added: "This one household decoration has turned my daughter's whole life upside down – so I want to make the dangers of lighting candles known so that this doesn't happen to anyone else's little one."

After being admitted to hospital, Kenzie endured a gruelling month of six surgeries to clear her skin of infection caused by the density of her burns.

Jessica, a former chef, said: "It was only two days after she went to hospital that Kenzie had her first surgery to help reduce all of the swelling in her body.

"From this point onward, Kenzie had biweekly surgeries to remove all of the dead skin and replace it with the surviving skin on her thigh, as well as clearing her body from infection that she had accrued.

"Unfortunately on her third surgery [December 27] Kenzie had to have her beautiful blonde hair removed, as the burns had covered her scalp also.

"But the most devastating news came before her forth surgery, where we were told that she would have to have her fingers and toes on the left side of her body removed as they had completely died.

"This was one of the hardest things for her to understand, as she suddenly woke up and couldn't figure out where her hands and fingers had gone – which completely broke my heart."

In January, Kenzie took her first steps without her left toes before being moved to the rehab unit in February – and was finally discharged from hospital on March 12.

Despite her new life including wearing splints and garments for 22 hours a day, Kenzie was able to return to school earlier this month.

Kenzie's family have created t-shirts to help fundraise for her medical treatment and recovery. 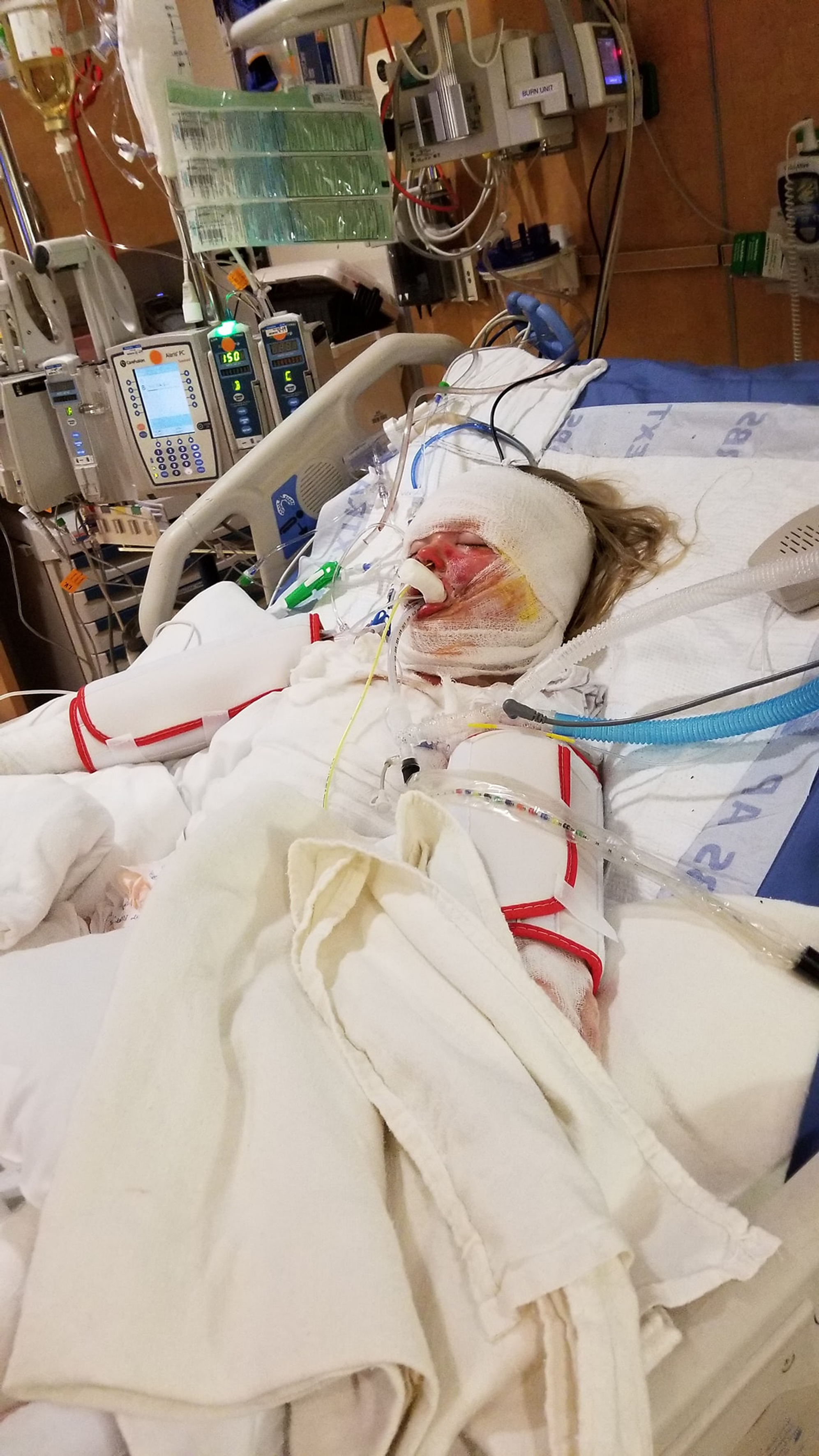 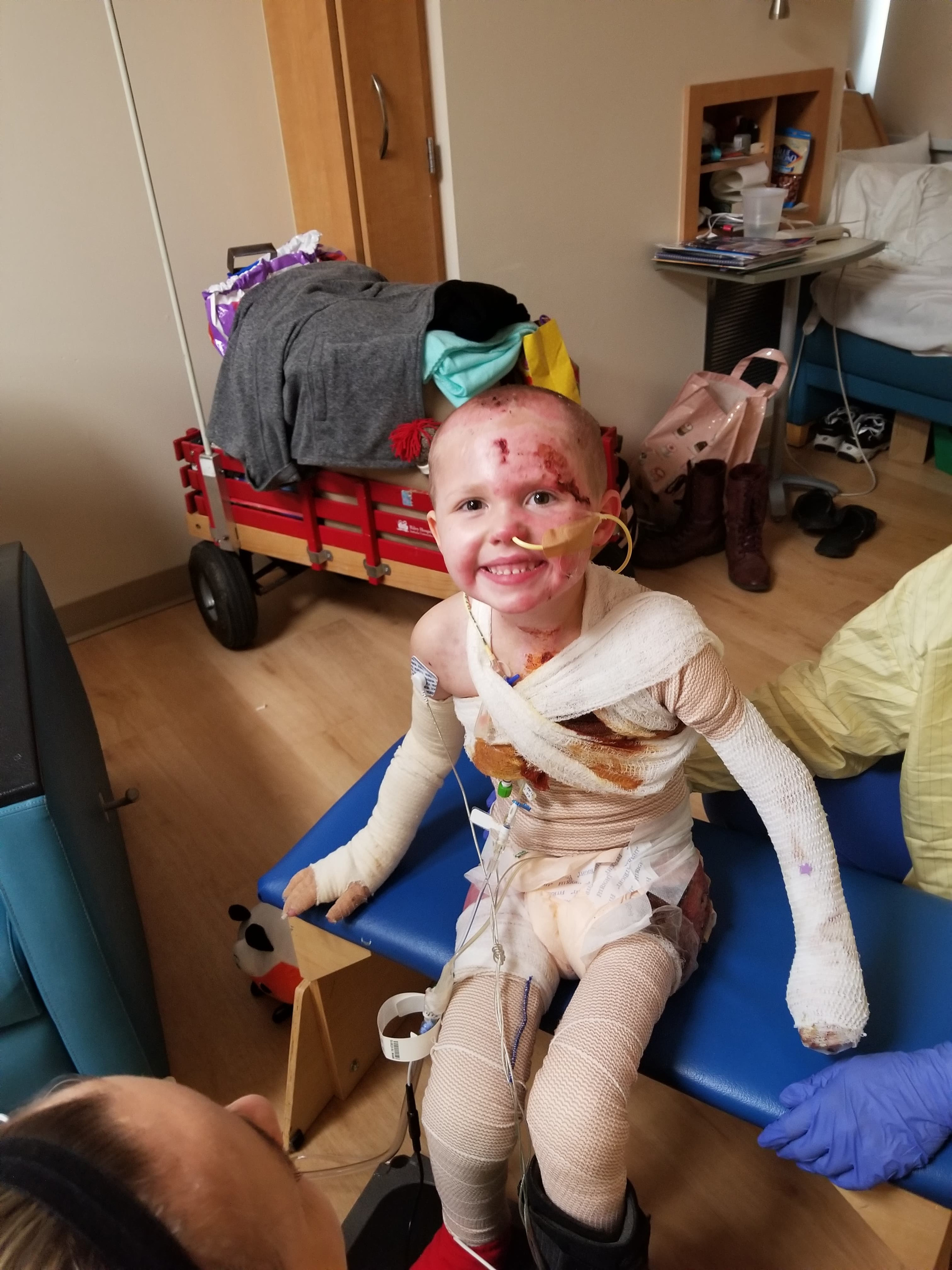 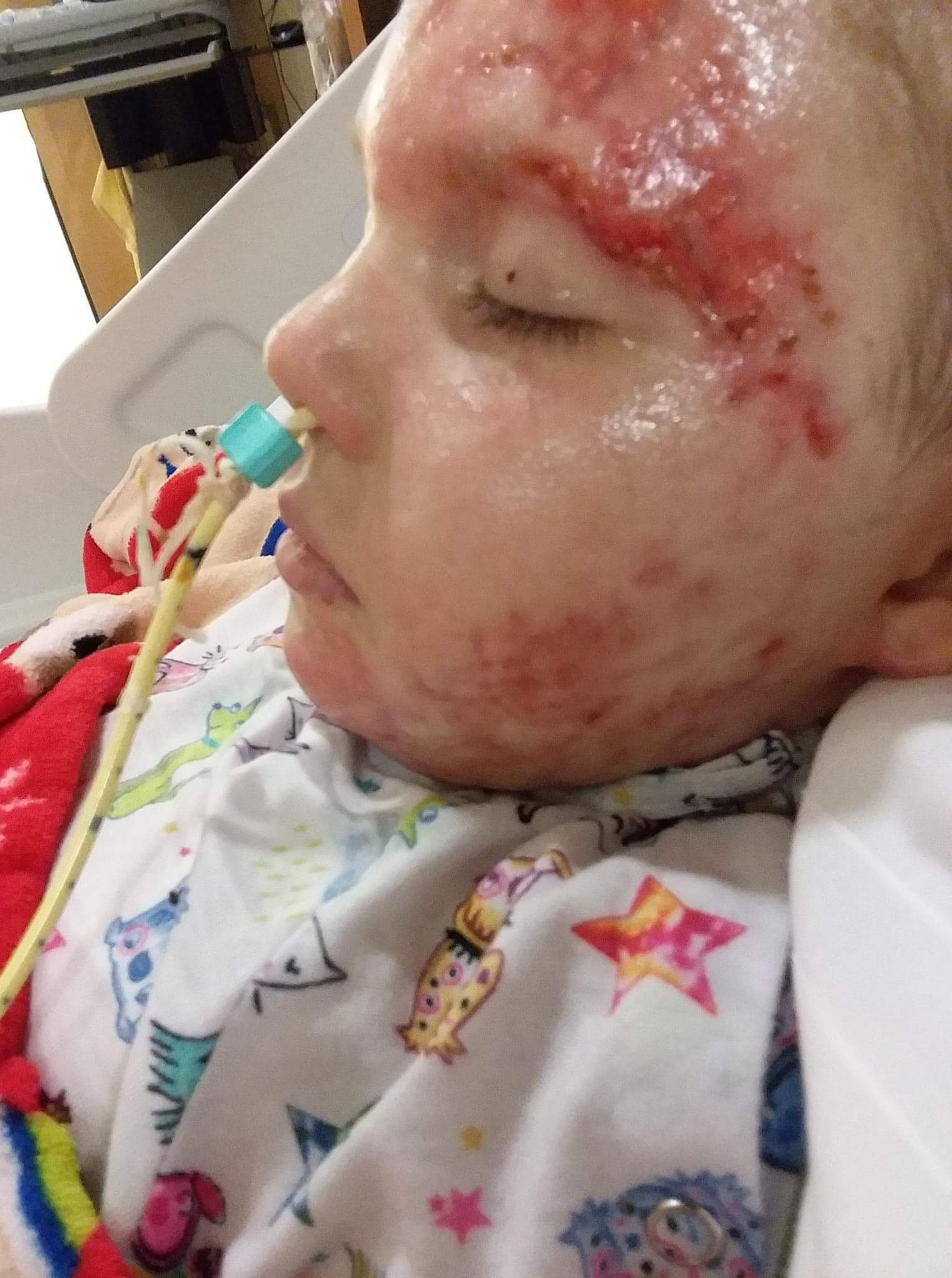 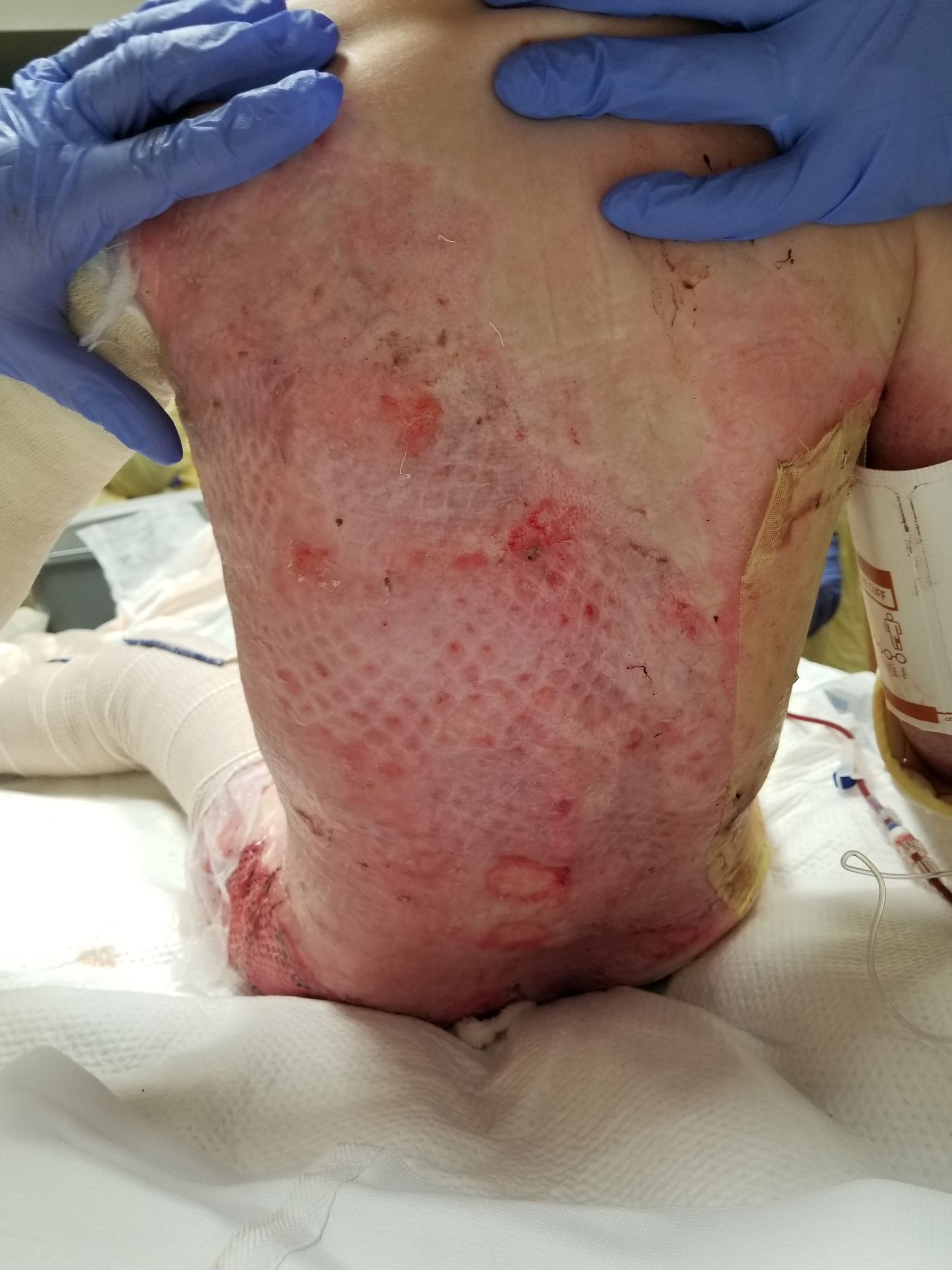 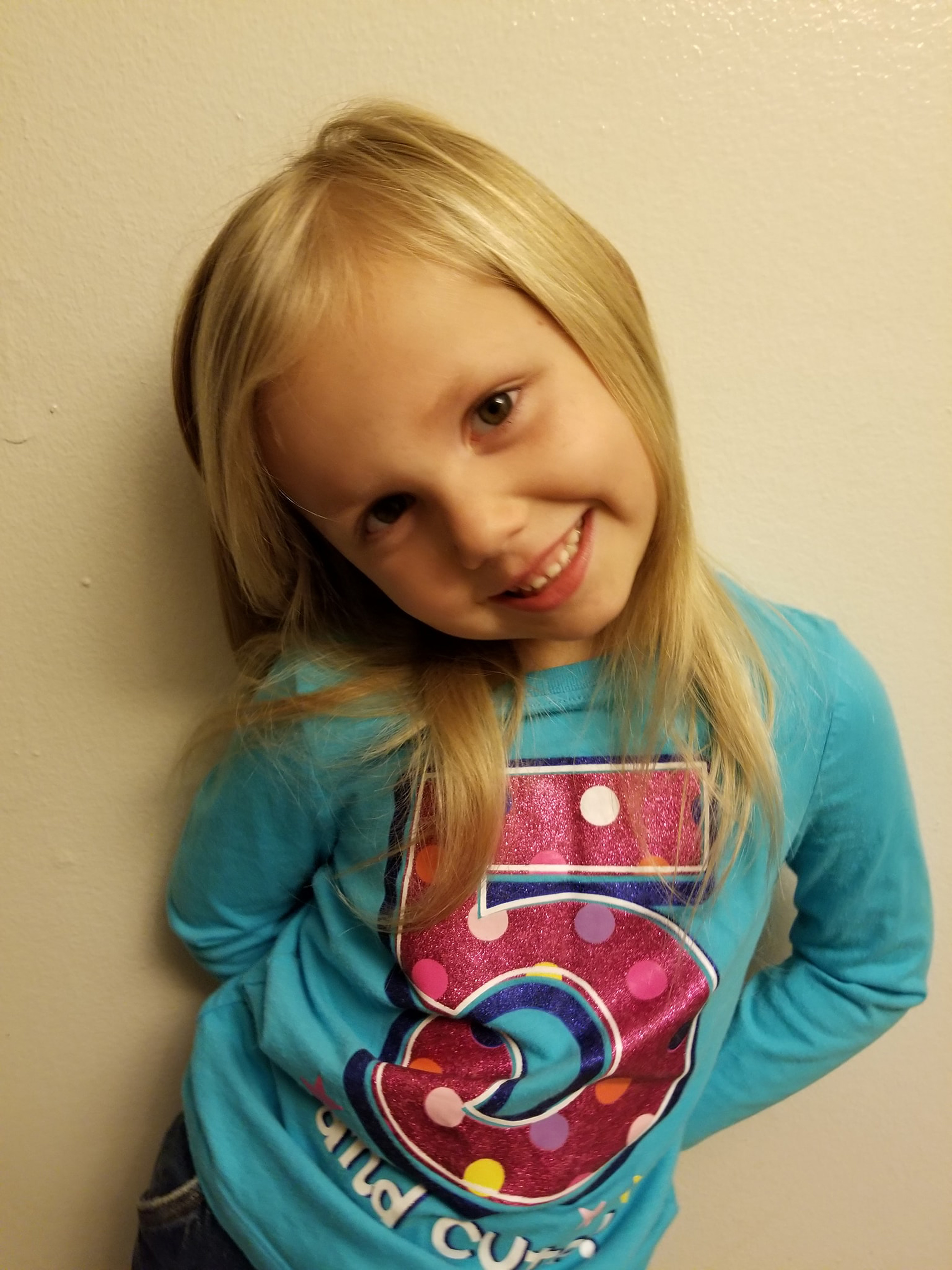