A MUM has learned she was rescued by The Sun in a bitter tug-of-love case more than 30 years ago — thanks to a scrapbook of clippings.

Natasha Smith was three when she was snatched by her German-born dad in 1987. 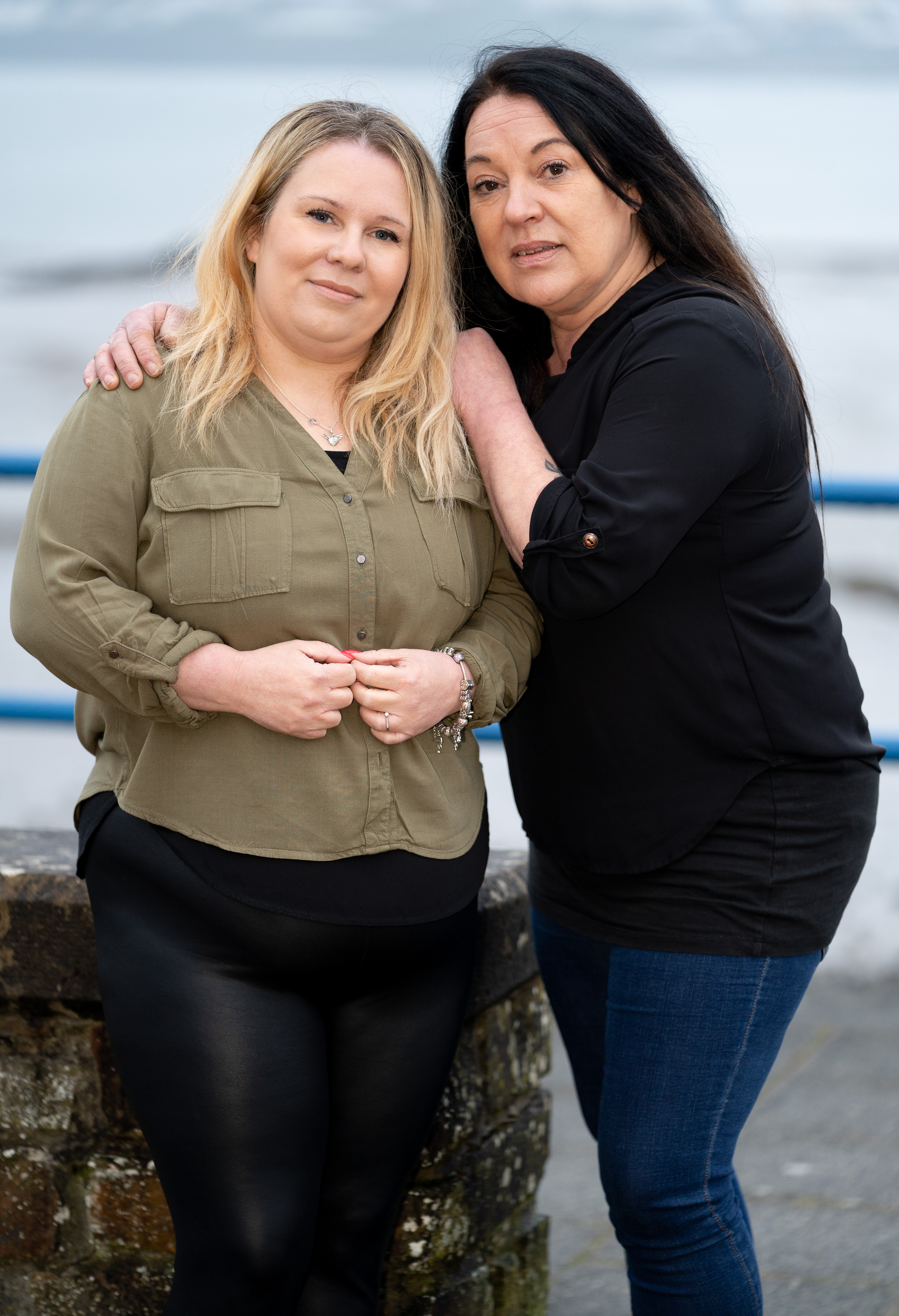 But she knew nothing of her mother Karen Davies’ year-long fight to bring her home to Wales.

Now mum-of-three Natasha, 36, has finally learned the truth after Karen went to the loft and dug out a dusty scrapbook filled with our stories on the heart-breaking case.

NHS paediatric worker Natasha said: “I just stared at myself as a little lost girl in the photos and tears were rolling down my eyes.”

Natasha’s dad, Army chef Guido Pelikan, 24, plotted to take her home to Germany after having an affair and leaving Karen, then 20. 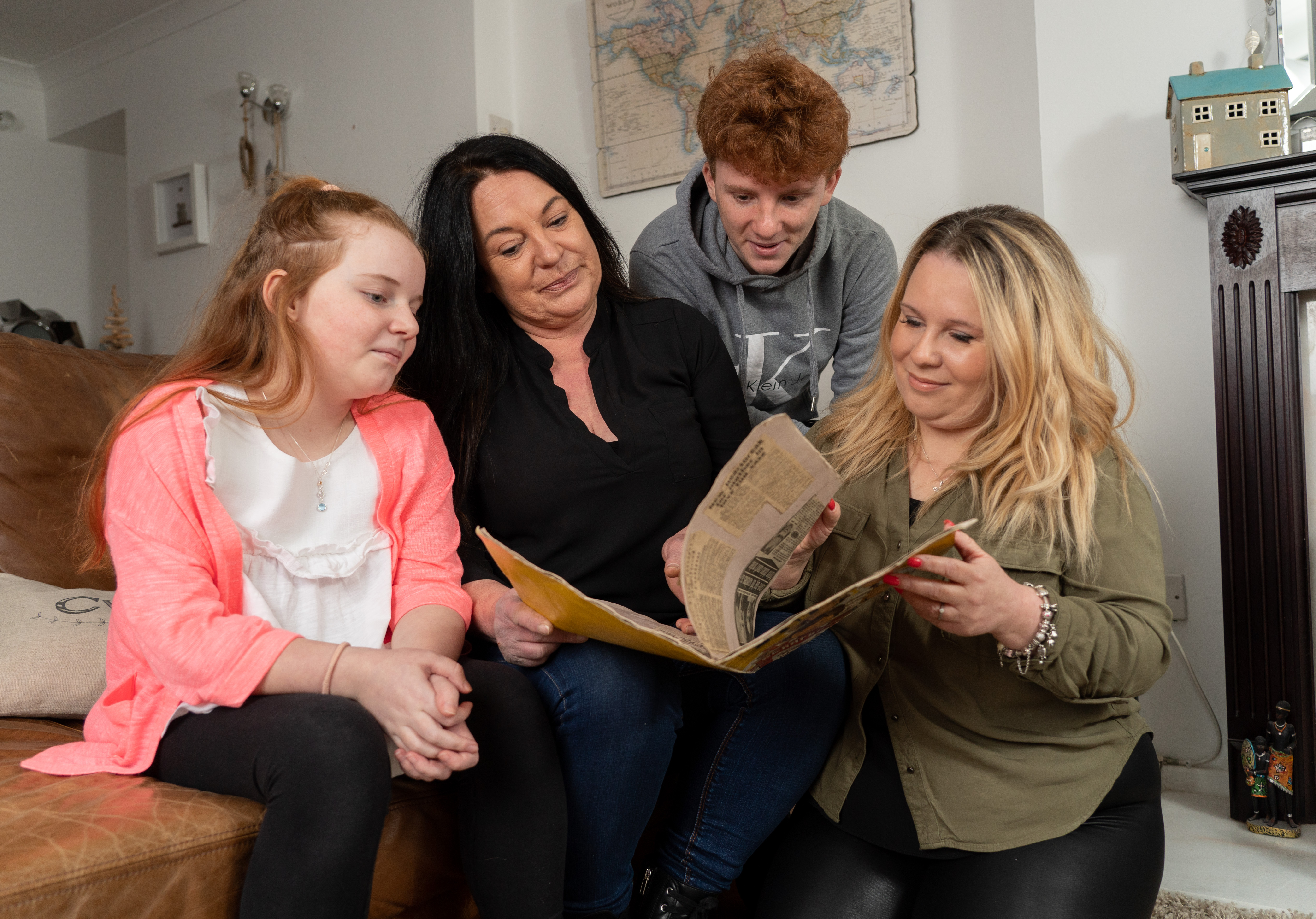 Pelikan hid her in his car and took her to be brought up by his wealthy parents near Koblenz.

Karen and her family spent all their savings on a tortuous and futile international custody battle.

In desperation, she turned to The Sun and we hired lawyers who finally won over the German authorities. 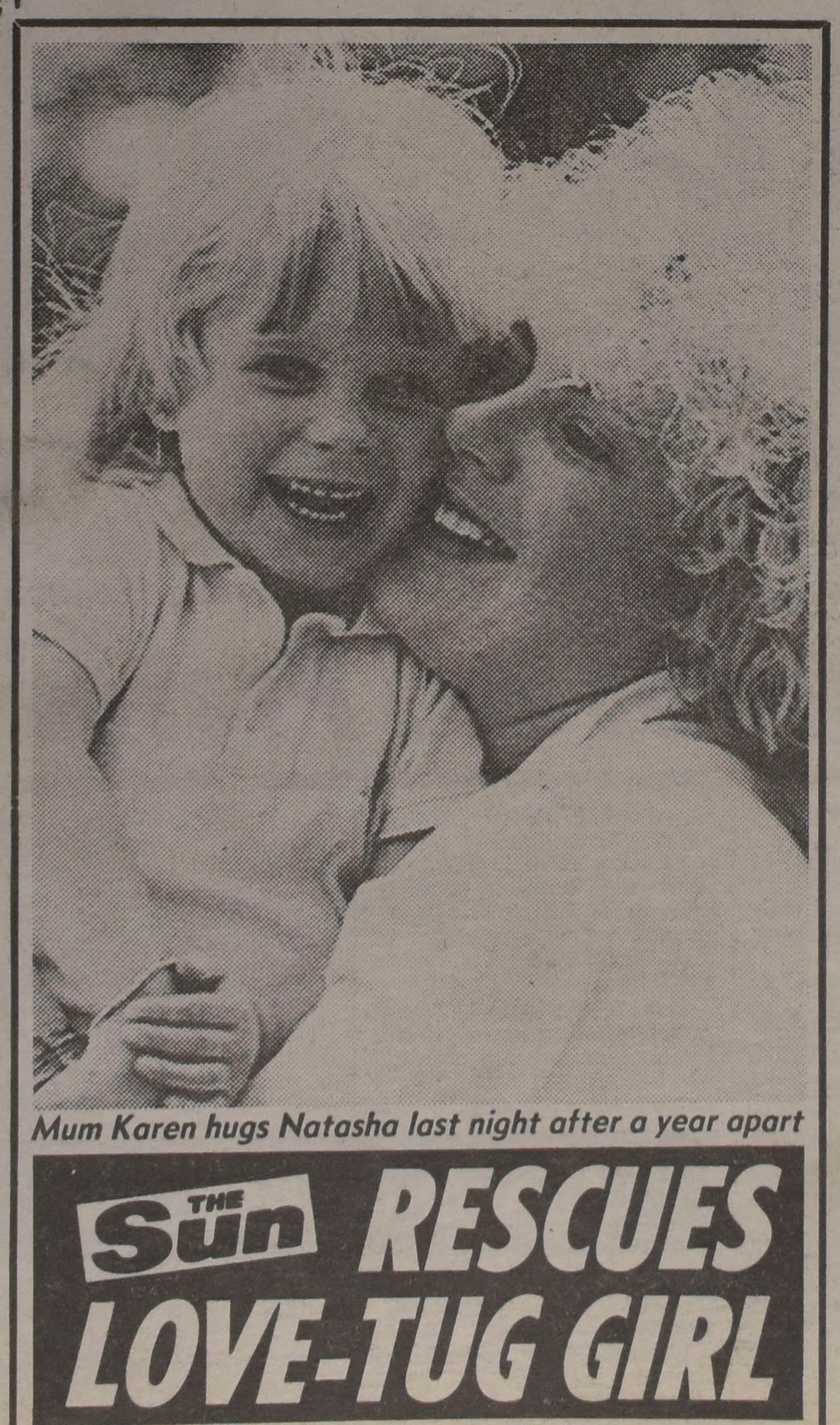 At one hearing, a judge even asked confused Natasha to decide where she wanted to live.

She replied haltingly: “In Germany — but I still want to be with my mummy.”

Karen, now 54 and running a pub in Pembroke with second husband Paul, had never discussed the traumatic case with Natasha.

She decided to reveal all a few weeks ago after Natasha gave birth to daughter Iris. 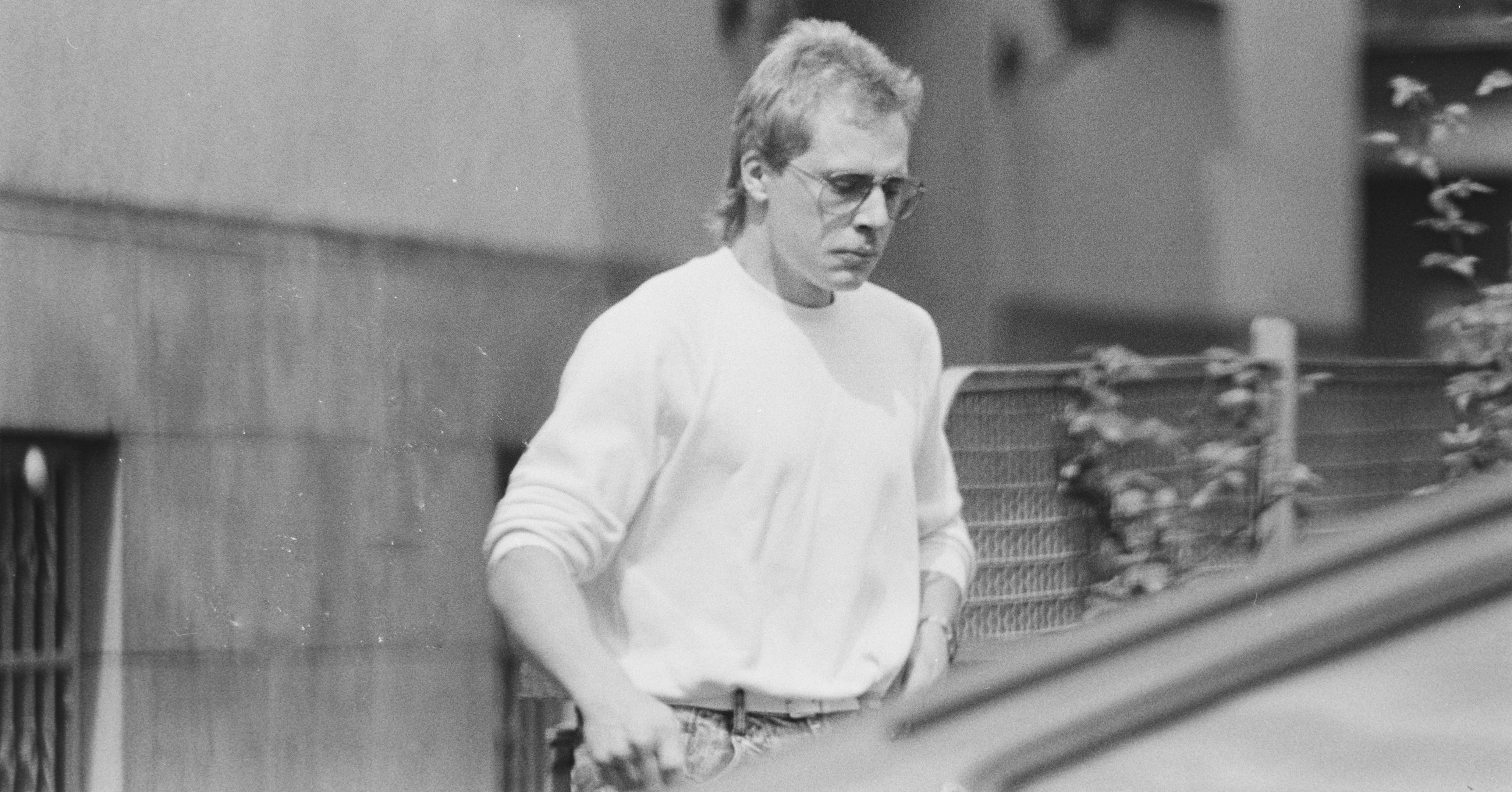 Karen said: “She was just a little girl and I didn’t want to bring back the upset.

“But when she became a mum again, I decided the time had come.”

Natasha, also mum to Josh, 16, and Millie, ten, said: “We both got really emotional. Mum said she couldn’t have done it without The Sun.”

NATASHA Smith is very glad of The Sun.

In 1987, outraged at her abduction to Germany as a toddler, we hired lawyers to ensure she was returned home to Wales and her mum Karen.

Incredibly, Natasha — now a mother herself — has only just learned the truth from a dusty scrapbook of Sun cuttings.

We have had some proud moments over the years. This one’s right up there.

CategoryWorld News
Tagsf How learns mum saved she Was