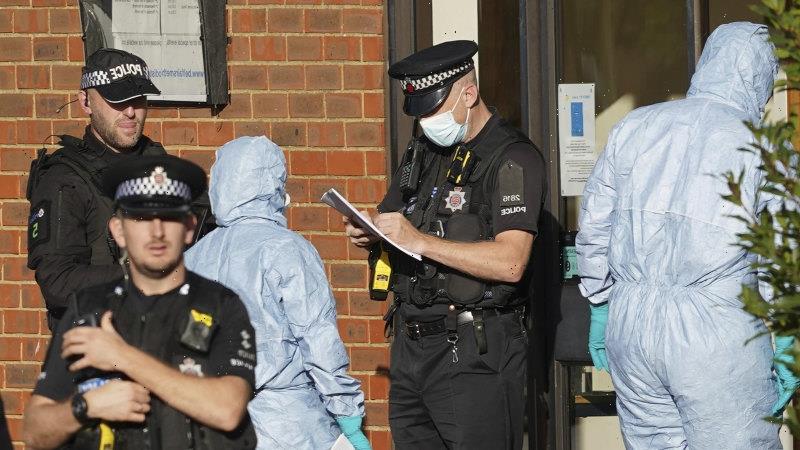 London: British MPs may need police to be stationed nearby when meeting with voters following the assassination of a second MP in five years, several MPs have said.

Britain was rocked on Friday when Conservative Sir David Amess was stabbed to death inside a church in Leigh-on-Sea, Essex.

Essex police arrested a 25-year-old man on suspicion of murder. A motive has not been established but counter-terror police are leading the investigation. 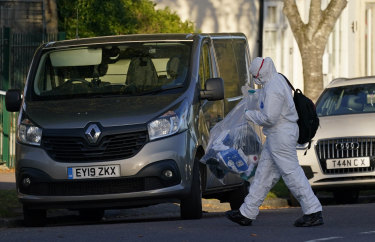 A police forensic officer carries a bag at the scene near the Belfairs Methodist Church in Eastwood Road North, where British Conservative lawmaker David Amess was killed. Credit:

Amess was meeting with constituents during what is commonly known in the UK as a “surgery” which are held on Fridays when he was murdered.

Between 1882 and 2021 nine serving MPs have been murdered – two in the last five years – including the assassination of Jo Cox in 2016 by a far-right terrorist during the Brexit referendum campaign.

Like Amess, Cox was also attending a surgery when she was shot and stabbed to death.

Late last year, Amess wrote that most MPs had modified or changed the way they interacted with the general public after Cox’s death and that it had “spoilt” the British tradition.

“The British tradition has always been that Members of Parliament regularly make themselves available for constituents to meet them face-to-face at their surgeries,” he wrote in December 2020.

“Now advice has been given to be more careful when accepting appointments.”

MPs now believe that greater police protection may be required in light of the pair’s deaths.

“We are targets if we’re really honest about it because we’re very easy to find,” Sir Iain told The Sydney Morning Herald and The Age.

“It’s much more difficult to get to ministers because they have cars but the one area you always know we’ll be is the surgery, so if you advertise the surgery people know where to find us. 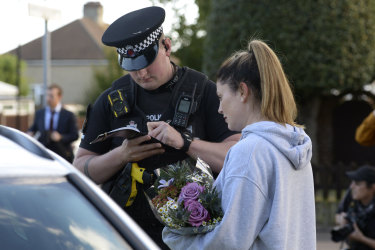 A woman speaks to police before laying flowers at the scene of the attack. Credit:

He said he hoped MPs would not be scared from doing their jobs but said that the murder of his friend and colleague had made him think twice about being attacked by protesters while walking to the Conservative Party conference earlier this month in Manchester.

He was hit in the back of a head with a traffic cone. Police arrested three men and two women.

“Today reminded me that it could quite easily have been something else he slammed into my back,” he said.

“I don’t scare easily and I don’t think like that but it does make you think about what do you do about it. In the light of this, I think I should have backtracked and gone and got the police.”

Angus MacNeil, a member of the Commons for the SNP, said that while MPs wouldn’t want police protection while going about their jobs, it may be required.

“I think surgeries are obvious points of vulnerability,” MacNeil said.

“This is the fourth MP attacked with a knife in my 16 years and the second murdered.

“Certainly, it may be that many MPs may need police close by at surgeries, but many won’t want that obviously,” he said.

“A job which really matters and is about serving local people.

“Amidst the horror we have to call out the casual, lethal culture of contempt towards our politicians.”

These fatty foods could be destroying your memory, say scientists
World News