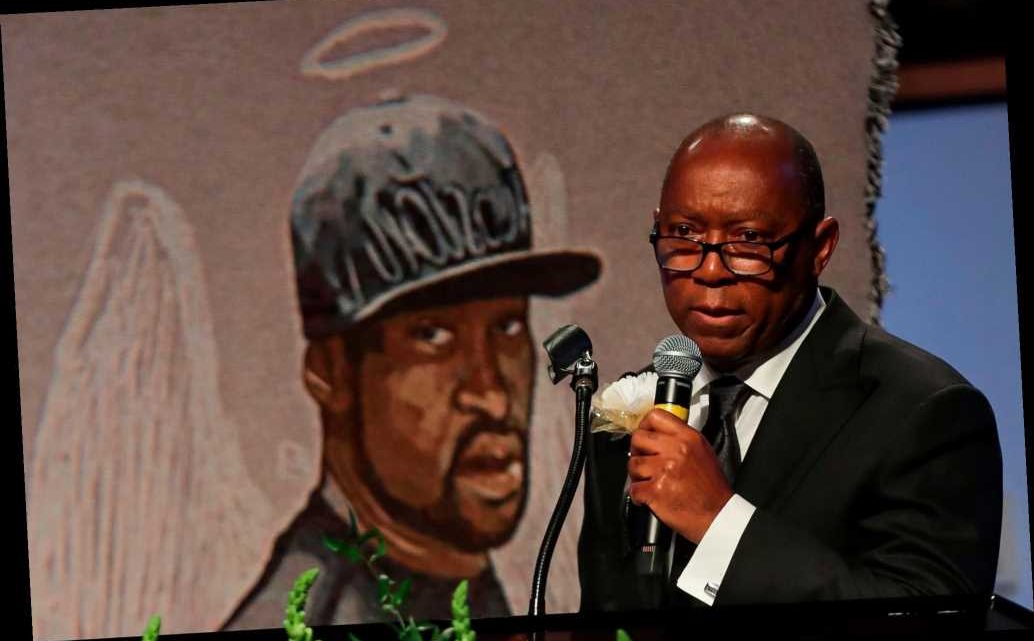 Mourners packed a Texas church Tuesday to say their final farewells to George Floyd, the black man whose police-involved death touched off a worldwide movement against racial injustice.

Floyd’s family streamed into The Fountain of Praise Church in Houston wearing all white and face masks for the hours-long celebration of life.

“This is not just murder but a hate crime,” Floyd’s niece, Brooke Williams, told the audience.

“I still can’t pull myself together, how he was calling my grandmother’s name,” she continued, referring to Floyd calling out for his mother as he lay dying, pinned beneath Minneapolis police officer Derek Chauvin’s knee for nearly nine minutes. “I believe my grandmother was right there with open arms saying, ‘Come home, baby, you shouldn’t feel this pain. No one should feel this pain.’”

Williams also spoke of happier times, including playing games with her uncle and scratching his head.

“He always told me, ‘Baby girl, you’re going to go so far with that beautiful smile and brains of yours,’” she recalled.

“When there is justice for George Floyd, we will truly be on our way to racial justice in America,” the presumptive Democratic presidential candidate said. “Then, like you said Gianna, your daddy will have changed the world.”

The little girl was seen in a video last week saying, “Daddy changed the world.”

In his remarks, Turner announced that he would sign an executive order banning Houston police from using chokeholds, drawing applause from the audience.

Meanwhile, Jackson Lee vowed “there will be no more 8:46 of police brutality” — in reference to the amount of time Chauvin had Floyd pinned.

“And so I say to George Floyd, it will be up to us that his purpose and his assignment for the justice of this nation, for the fact that there will never be the brutality faced by a man who says, ‘I can’t breathe’ and calls to a mama who loved him so,” the congresswoman said. “That is the call for all of us.”

The family of Eric Garner — the Staten Island man who died after being placed in a banned chokehold in 2014 — also attended Floyd’s funeral.

The Rev. Al Sharpton will deliver the eulogy.

Floyd, 46, will be buried next to his mother at the Houston Memorial Gardens in Pearland.

His casket will be transported in a horse-drawn carriage to his final resting place.

Floyd, who grew up in Houston, died May 25 after Derek Chauvin, a white Minneapolis police officer, kneeled on his neck for nearly nine minutes.

His death kicked off raging protests around the globe against police brutality and systemic racism.

‘90 Day Fiancé’: Brittany Reveals the Secret That She’s Hiding from Yazan That Could Ruin Everything