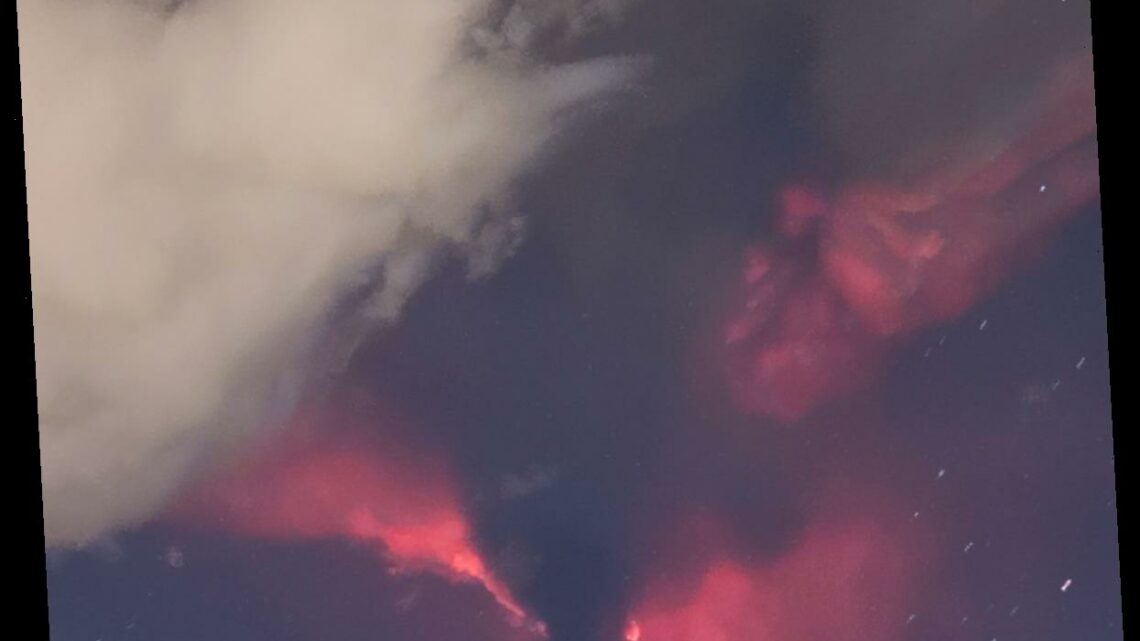 MOUNT Etna has erupted in Sicily sending plumes of dense ash and spewing lava fountains into the sky. 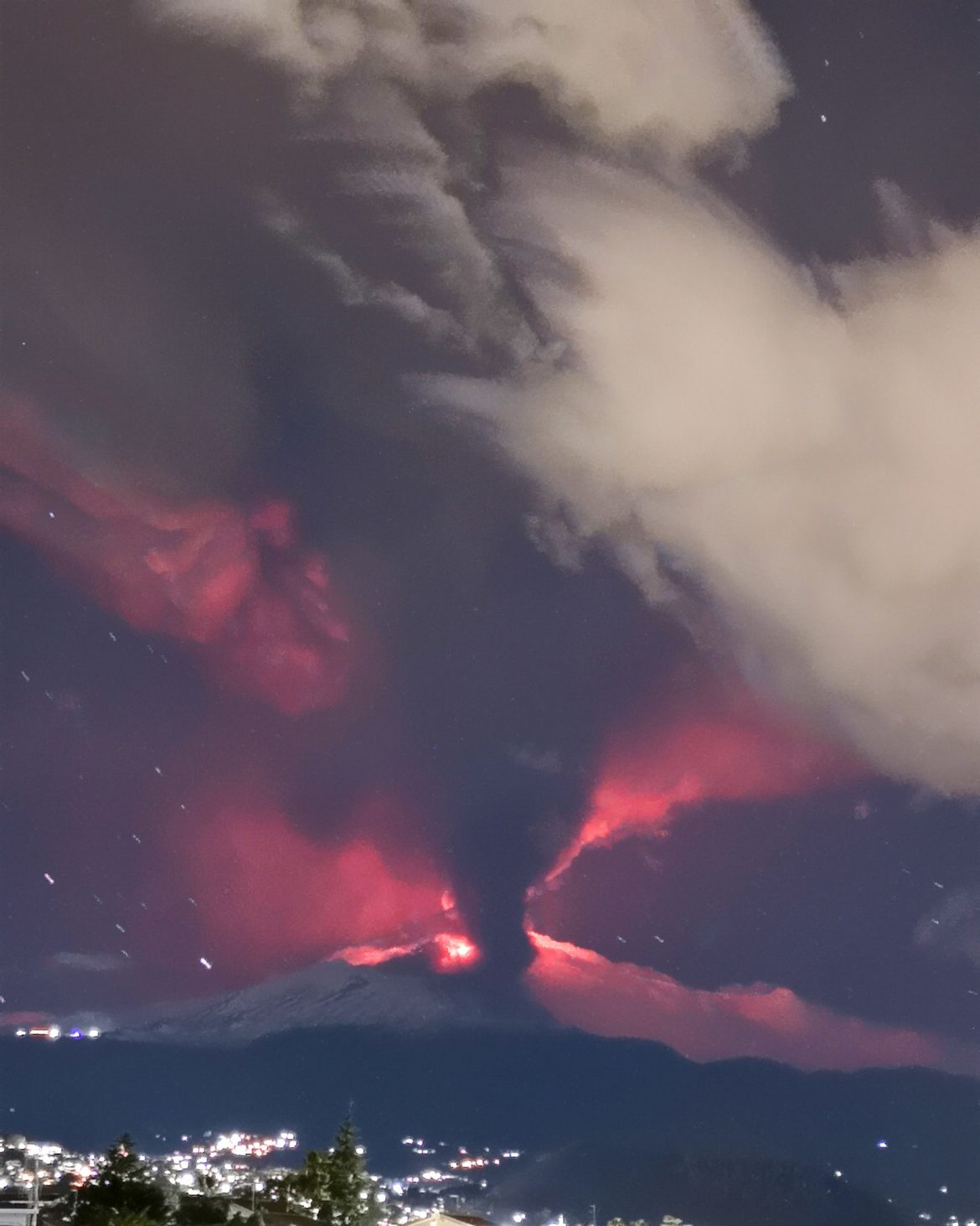 Volcanic activity from Etna's south-east crater was first recorded at 9.20pm yesterday and within half an hour, the intensity of the blast increased from medium to high.

The crater produced lava fountains of up to 100m high and a dense ash plume rose to an estimated 5km high, according to the Volcanic Ash Advisory Center Toulouse.

Sand falls on villages and towns south of the Sicilian volcano have been reported.

Loud roars have been heard in Calabria as smoke was seen heading towards Catania.

A magnitude 2.7 earthquake was recorded on the slopes of Etna before the blast but it's not known if it was linked.

In the past 24 hours, 17 quakes have been recorded.

It's likely that the blast was a paroxysm as it lasted for a short period of time but was of high intensity.

The Ionian plate is tilted backward – allowing space for mantle magna to well up to the surface.

Mount Etna's most severe recent eruption was on March 16, 2017, when ten people including a BBC news crew were injured.

In 1169, an earthquake prior to an eruption killed 15,000 people, while a devastating flank eruption destroyed 15 villages in 1669.

And in 1787, Etna produced one of the most spectacular summit eruptions on record where lava fountains of 3000m high were seen.

Between 2002 and 2003, a series of activity threw up a huge column of ash that could be seen from space.

The towering volcano stands at a staggering 3,329m – making it the highest peak in Italy south of the Alps.

Etna is also by far the largest of three active volcanoes in Italy and roughly two and a half times the height of the second largest Mount Vesuvius.

Etna is considered, after Kilauea on Hawaii, the most active volcano in the world.