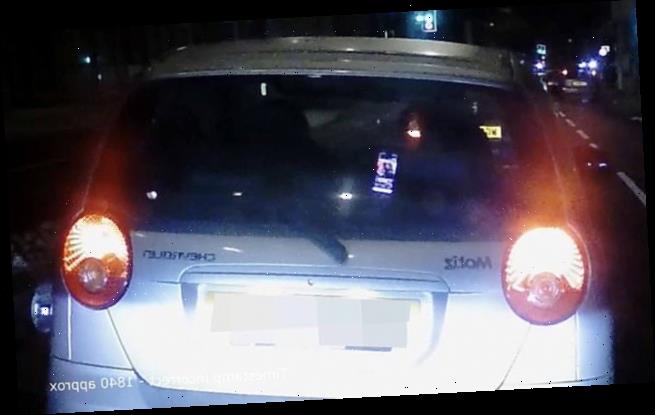 A driver was shocked to see a fellow motorist watching television behind the steering wheel in busy city traffic.

The glaring light of the dashboard-mounted phone is clearly visible from outside the car and instead of a sat nav map it appears to be showing a television show. 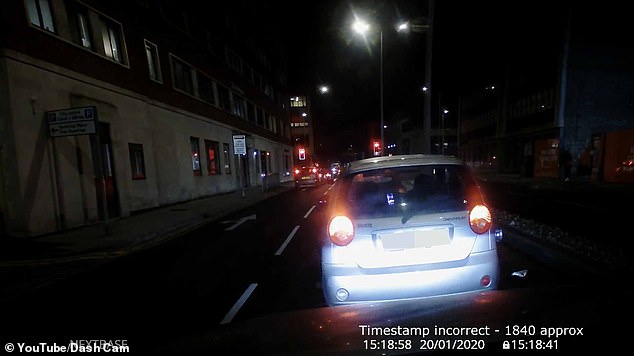 A glaring light was seen inside a car driving along Dumfries Place, Cardiff, Wales

The driver behind the Matiz zooms closer to find the occupant is apparently catching up on their TV, and what looks like an early episode of comedy Modern Family, while waiting in traffic.

The show continues to run as the Matiz moves off when the lights change to green.

Drivers caught using a mobile phone at the wheel could face a fine of up to £200 and six penalty points. 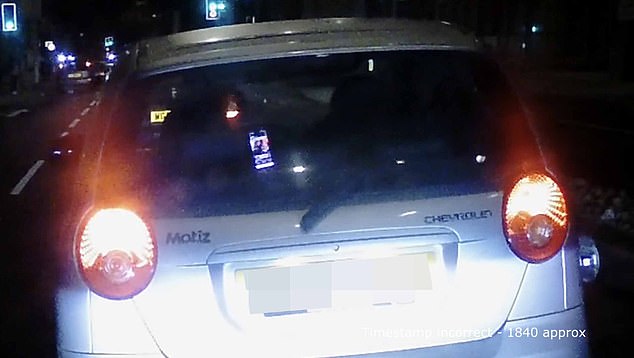 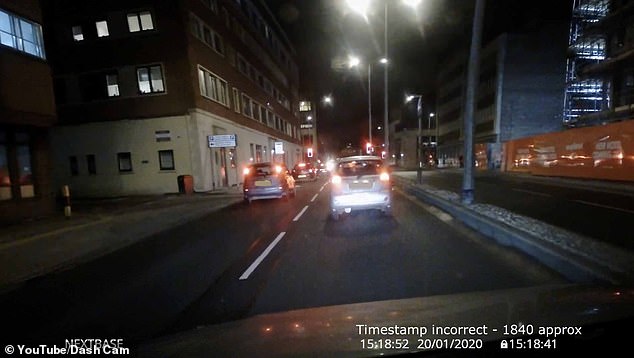 Under current legislation, careless driving can be hit with an unlimited fine, nine points on their licence and can even be disqualified from driving.

Driving without a full view of the road and traffic ahead, or proper control of the vehicle can land drivers three penalty points. 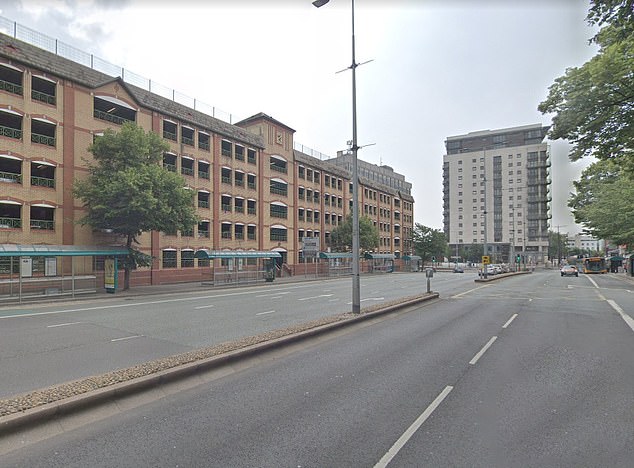 Dumfries Place, Cardiff. Under current UK legislation, drivers caught using a mobile phone at the wheel could face a fine of up to £200 and six penalty points

In 2018, 19 per cent of drivers checked texts, emails or social media, 16 per cent posted on social media and 15 per cent took photos when driving, according to an RAC report.

In 2017, there were 773 casualties on Britain’s roads – including 43 deaths and 135 serious injuries – in crashes where a driver using a mobile was a contributory factor.

South Wales Police have been approached for comment on the clip, filmed on January 20.

Death toll from mystery coronavirus in China rises to 9