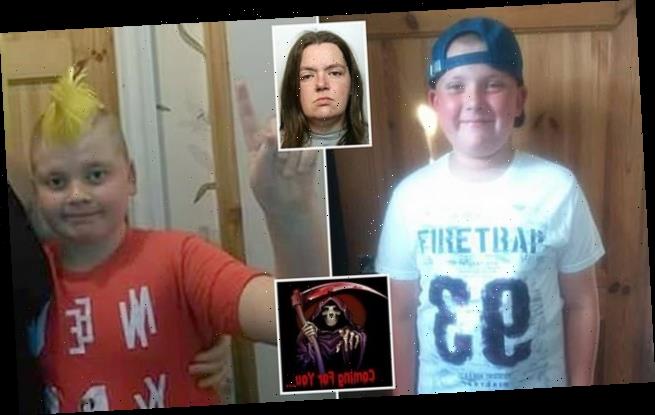 Mother who murdered her sons could have been stopped

Mother who murdered her sons, 13 and 14, was ‘evil from birth’ but could have been stopped if social workers had acted on her brother’s warnings, he says 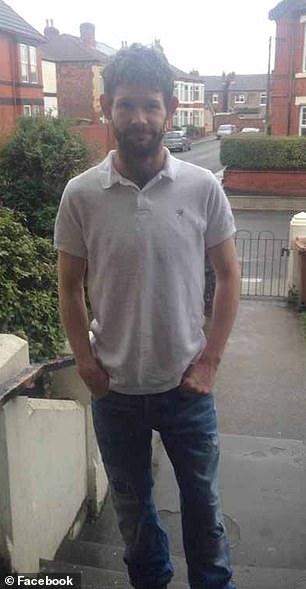 The mother who murdered her two teenage sons could have been stopped if social services acted on warnings, claimed her brother Martyn Barrass (pictured)

The mother who murdered her two teenage sons could have been stopped if social services had acted on multiple warnings, her brother claimed.

Sarah Barrass and family member Brandon Machin murdered Tristan, 13, and Blake Barrass, 14, and plotted to kill her four other children in May.

Barrass attempted to poison them but when that did not work, the teenagers were strangled, documents obtained by the Sunday People suggest.

But her brother Martyn Barrass has said he warned social services around ten years ago that the boys were at risk because of the ‘murdering, evil psychopaths‘ who ‘have been evil since birth‘.

He said he witnessed Machin being physically violent to Blake when the boy was a toddler and alerted social services at the time.

Martyn said if his three calls were properly investigated the boys could still be alive.

Barrass told the Sunday People how the pair would kill pet mice for fun.

They would also watch horror films together and reveled in viewing violent killers such as Freddy Krueger.

Just ten months before she committed the heinous crimes, Barrass made chilling posts on Facebook about murder. 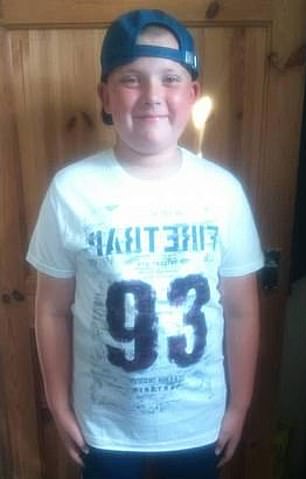 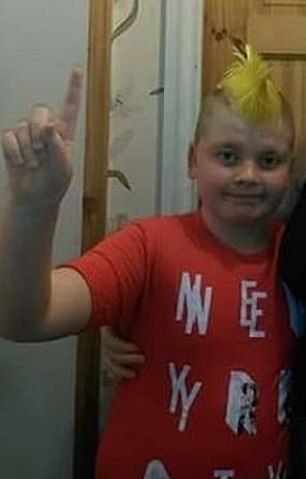 Sarah Barrass and family member Brandon Machin murdered Tristan, 13, (left) and Blake Barrass, 14, (right) and plotted to kill her four other children in May

She posted a quote from a Stephen King novel which read: ‘Murder is like potato chips; You can’t stop with just one’.

At Sheffield Crown Court, she and Machin pleaded guilty to murdering Tristan and Blake and the judge said they may ‘spend their whole lives in jail’.

According to the charges, the the conspiracy to murder the six children took place between May 14 and May 20.

The murders then took place on the morning of May 24.

A timeline of Sarah Barrass and Brandon Machin’s murder plot

Sarah Barrass and Brandon Machin both pleaded guilty to murder today, below is a timeline of how their plot unfolded.

May 14 and May 20: According to the charges, the pair discussed and plotted the murders over six days

May 24: Ten days after first devising their plot, the pair kill Tristan and Blake Barrass

July: An inquest into the death of the two children was opened and adjourned

August 8: The two boys are remembered at the Grenoside Crematorium

September 27: Barrass and Machin plead guilty to murder and conspiracy

Sentencing is set to take place on November 12

Police were called to their semi-detached house in the Shiregreen area of Sheffield after the boys were said to have fallen ill.

Officers took them to hospital but they were later pronounced dead.

The brothers died in hospital 12 minutes apart. No details have been given as to what happened to the children inside the property.

An inquest was opened and adjourned in July, but no suspected cause of death was given at the time.

Barrass, 35, admitted conspiracy to murder six of her children, including Tristan and Blake, and five counts of attempted murder.

Judge Jeremy Richardson QC said that no words could ever reflect ‘the enormity of what you have both done’.

He added: ‘The crimes you have committed quite frankly speak for themselves. The murder of two children.

‘The attempted murder of four children and the over-arching conspiracy to murder those children.

‘I repeat, those crimes speak for themselves.

‘I have little doubt that each of you will in due course be sentenced to several terms of life imprisonment.’ 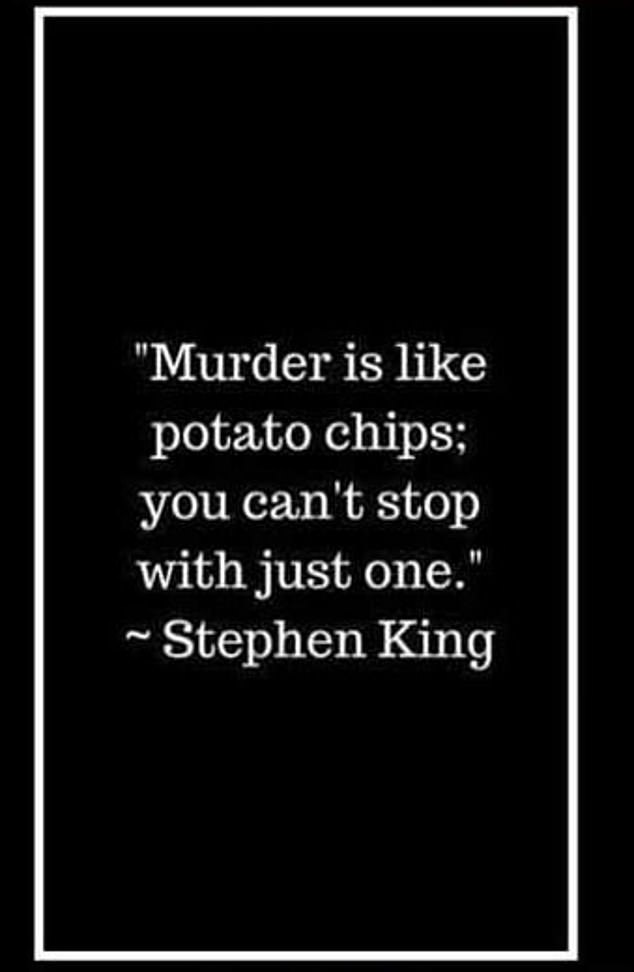 Just ten months before she committed the heinous crimes, Barrass made chilling posts on Facebook about murder. She posted this quote from a Stephen King novel which reads: ‘Murder is like potato chips; You can’t stop with just one’

Judge Richardson said it was a ‘matter for the judge, where a whole life order is imposed.’

They will both be sentenced on November 12.

A case review initiated by People Services at Sheffield City Council and commissioned by the Safeguarding Children Board will be held after legal proceedings are finished.

Councillor Jackie Drayton said: ‘All partners will be coming together to understand, review and reflect on exactly what happened and why.’ 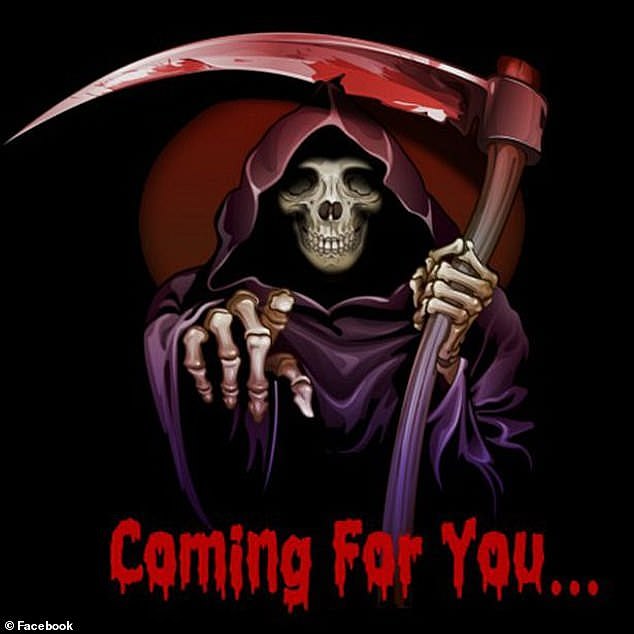 His Dark Materials controversies – why US readers got heavily edited version