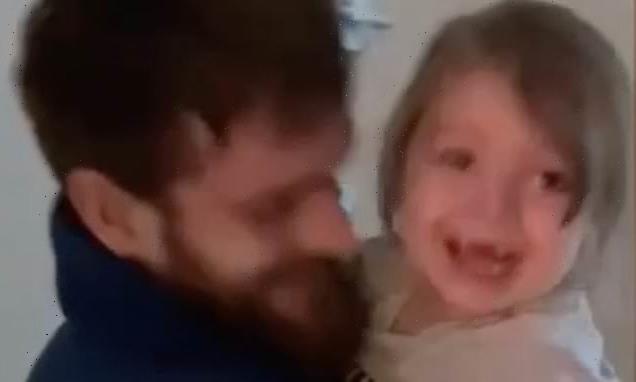 Proud mother shares all the adorable ways her Royal Navy sailor partner has surprised their daughter, five, after returning home from sea

A tear-jerking video compilation shows a little girl being caught by surprise every time her Royal Navy father returns home from sea.

Over a heart-warming 10 clips, Eva progressively gets more and more excited the older she gets as she becomes more aware of what is going on. 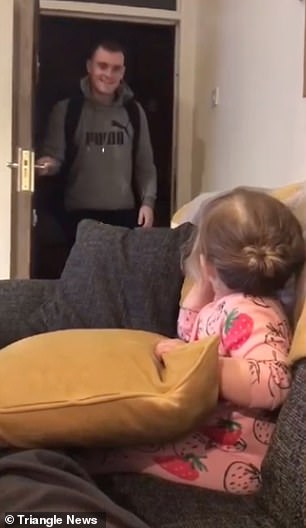 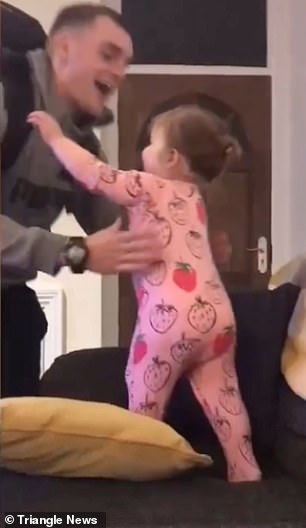 In the first video, aged just one, Eva can be seen sitting on the sofa as Mr Holmes walks in the front door and says ‘Wow’ before picking her up and giving her a cuddle.

On his next return, Eva is surprised by her father hiding under a blanket behind the sofa for a pretend Christmas morning.

Mr Holmes didn’t make it back until January so the family-of-three held their only festive gathering a month late.

Ms Holding, 23, said: ‘It was our Christmas morning because he didn’t make it home for actual Christmas Day.

‘So we postponed it and had it in January. We hid him under the blanket as her big present.’

Eva lifts the present up before they embrace three times on the floor. Over a heart-warming 10 clips, Eva progressively gets more and more excited the older she gets as she becomes more aware of what is going on 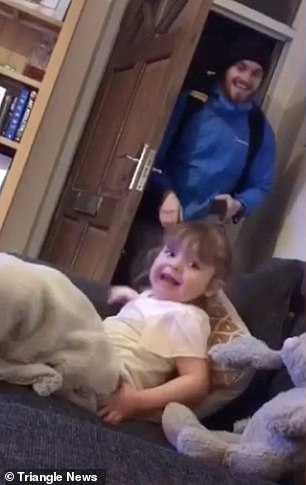 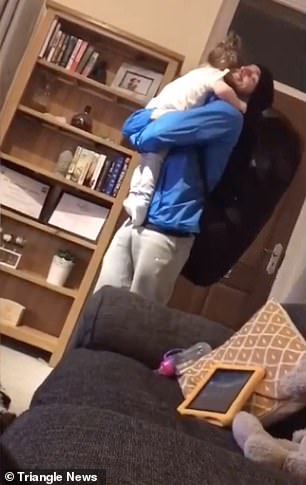 In one clip, Eva is sitting on the sofa as her father comes through the door, prompting her to run up and hug him

In the third video, she excitedly jumps up from the sofa to give him a big hug, but in the fourth she screams ‘Daddy’s coming’ before leaping up to greet him.

The next time around, she frantically kicks off her blanket before cuddling him on the doorstep.

On the fifth occasion she shouts ‘Daddy’s here’ and almost takes a tumble as she can’t hold in her excitement.

Eva squeals with joy as she is caught by surprise when she walks into the room the next time he comes back from duty.

The seventh time Mr Holmes returns to the family home, Eva is perched in the kitchen when he suddenly appears before creeping up on her on the sofa the next time.

She is already in bed, when the doting dad returns from deployment the time after that and she bursts into tears of joy.

And in the final one, Mr Holmes, 26, is hiding in her bedroom when she returns from school, now aged five and shouts ‘Daddy’ as he scoops her up in his arms. 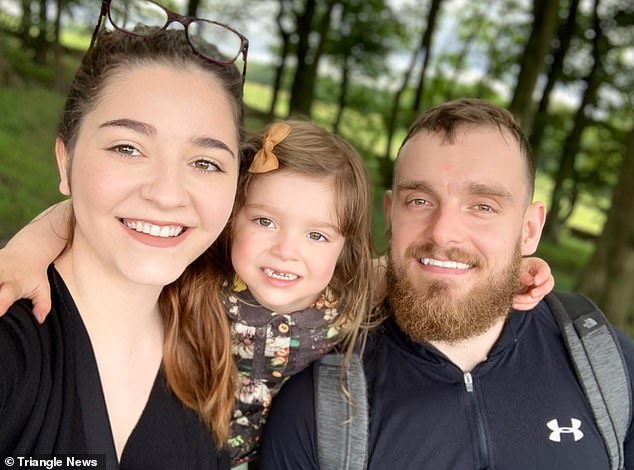 Chantelle Holding, Eva and Jamie Holmes in a family photo. They live in Burnley, Lancashire

She added: ‘Jamie can be away from home for one to nine months at a time. She was one in the first video and five in the last.

‘I do the videos so that when Eva is older she has something to look back on.

‘As she is so young I want her to remember how hard her Daddy worked and how excited she always was to finally have him home.

‘I plan on doing them for the rest of his career and showing her a montage on a big screen in front of all our family and friends when she’s older.

‘They’re lovely to have as we always watch them whilst he’s deployed.

‘So she can have that little moment of becoming excited again knowing she’ll have that same feeling when he’s home the next time.’ 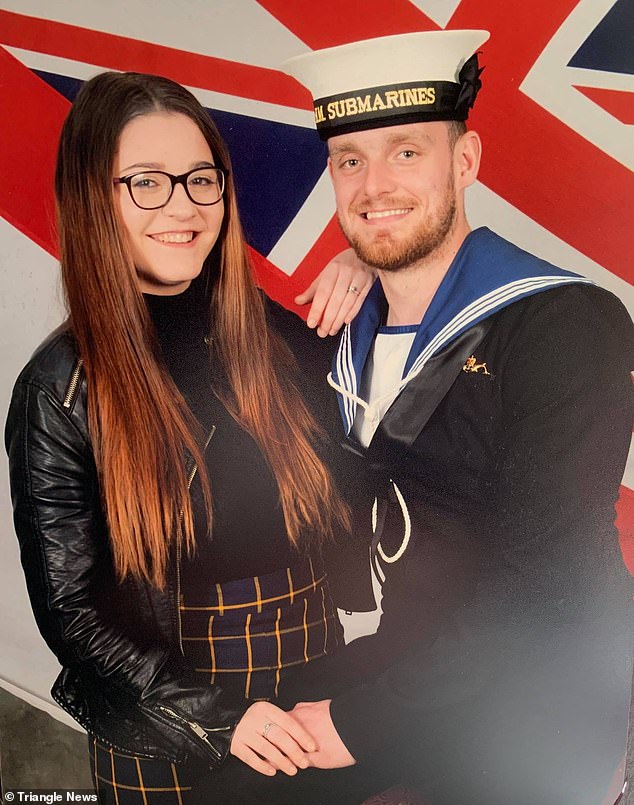