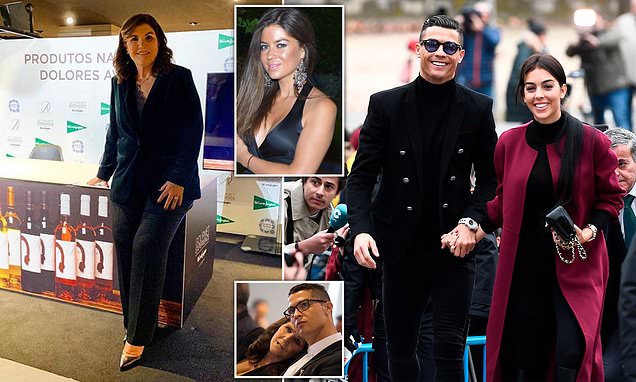 ‘I know the son I have’: Cristiano Ronaldo’s mother defends Portugal star against rape claims and says her son’s accuser ‘didn’t go to his hotel room to play cards’

Cristiano Ronaldo’s mother has spoken out to defend the football star against rape allegations which have rocked his career.

Dolores Aveiro said she had ‘confidence’ in the 34-year-old Portugal forward and insisted: ‘I know the son I have.’

The mother-of-four also lashed out at Ronaldo’s American accuser Kathryn Mayorga, saying she ‘didn’t go to his hotel room to play cards’.

Mayorga accuses Ronaldo of raping her in a Las Vegas hotel room in 2009 but the Juventus player has strongly denied the claims. 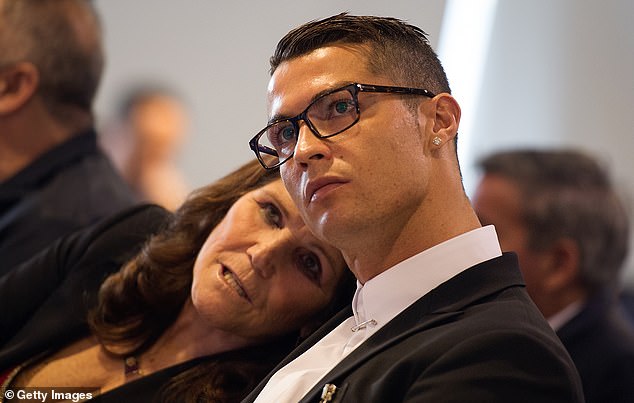 Cristiano Ronaldo’s mother Dolores Aveiro, pictured with the football star in Madrid, has spoken out for the first time to defend her son against rape allegations

The former model also claims she was coerced into signing a £290,000 settlement for her silence.

At a PR launch in Lisbon she said: ‘I have confidence in my son when it comes to what happened.

‘When she went there, it wasn’t to play cards. It was to do something. I know the son I have.’

She said she was on her way to Turin a birthday party for the former Real Madrid and Manchester United star after sending him a video message when he turned 34 on Tuesday. 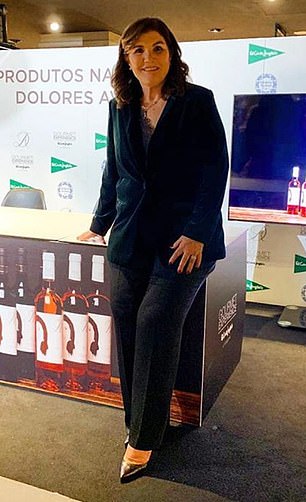 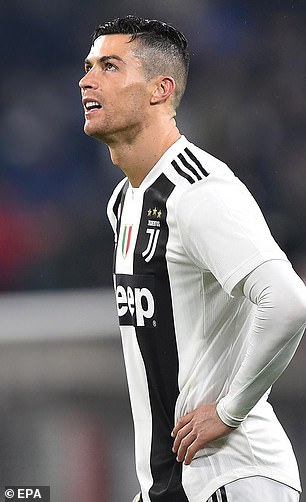 Dolores Aveiro (pictured left at a PR launch in Lisbon yesterday) said she had ‘confidence’ in the 34-year-old Portugal forward (right) and insisted: ‘I know the son I have’ 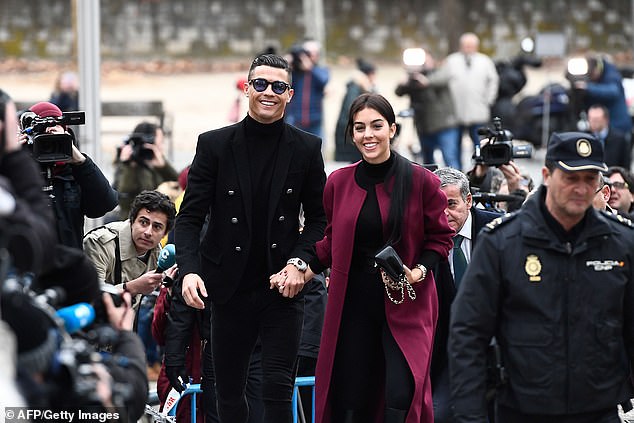 Cristiano Ronaldo with his girlfriend Georgina Rodriguez, who is backing him over the rape claims, in Madrid last month

Dolores, who spends most of her time in her native Madeira, showed her backing for her son on social media last October by posting a picture on him in a Superman cape.

It was posted alongside a message which read: ‘I want to see who has the courage to put this photo on their profile for a week and make a chain for him..for Portugal, for him, for us and for the union of our people, for justice. He deserves it.’

The footballer’s sister Katia also posted the Superman picture and a message of support.

U.S. police said in January an official request had been submitted to Italian authorities for a DNA sample from the footballer, whose girlfriend Georgina Rodriguez is backing him.

Ms Mayorga’s lawyers have vowed to take the case to America’s Supreme Court if needed.

Ronaldo has continuously refuted the rape allegations. Last October he said: ‘I firmly deny the accusations being issued against me. Rape is an abominable crime that goes against everything I am and believe in.’ 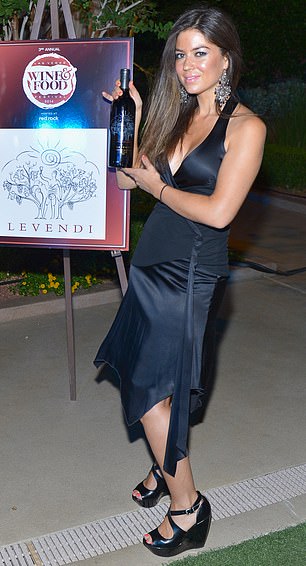 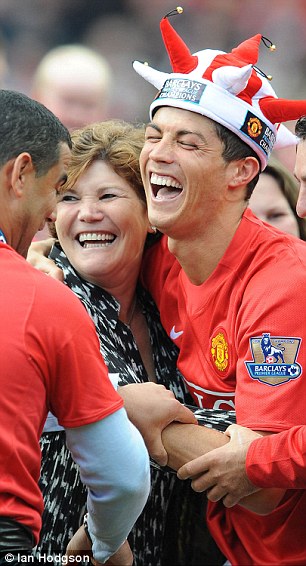 Kathryn Mayorga accuses Ronaldo of raping her in a Las Vegas hotel room in 2009 but the footballer, pictured right celebrating the Premier League title with his mother when he played for Manchester United, denies the claims

Former shop worker Georgina, who is mourning the death of her Argentinian dad Jorge Eduardo Rodriguez Gorjon, revealed yesterday that Ronaldo was helping her in her sadness, in an interview with Spanish magazine Hola!

Admitting she would love to become Ronaldo’s wife but quashing rumours they were already engaged, she added: ‘He is helping me a lot in these moments of sadness and I’m trying to be strong.’

While in Spain he became Real Madrid’s highest ever goalscorer, netting 451 times after joining from Manchester United for a then-record £80million in 2009.

Ronaldo is also Portugal’s most-capped player, with 154 appearances, and record goalscorer, with 85.