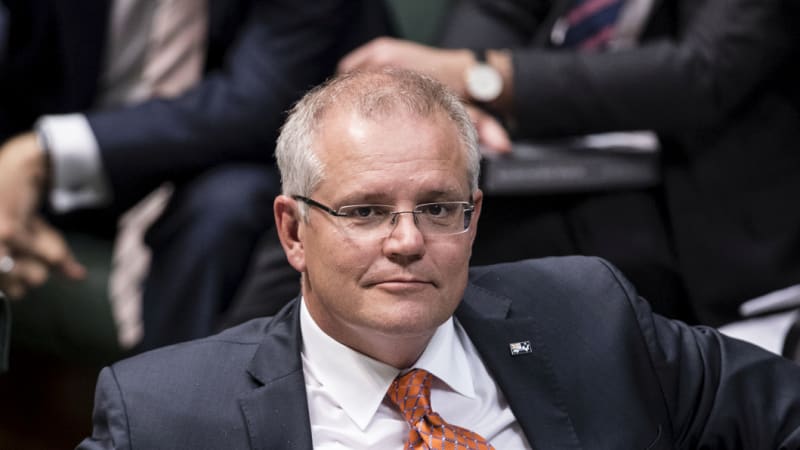 Jakarta: Scott Morrison is leaning heavily on the nation's most senior bureaucrats, and a top-secret panel of "wise elders", to find a way through the political and diplomatic minefield he created by suggesting Australia could move its embassy in Israel from Tel Aviv to Jerusalem.

The decision on that move, which has provoked significant disquiet among Australia's regional allies including Indonesia and Malaysia, is due by Christmas, but few details about it have been public until now. 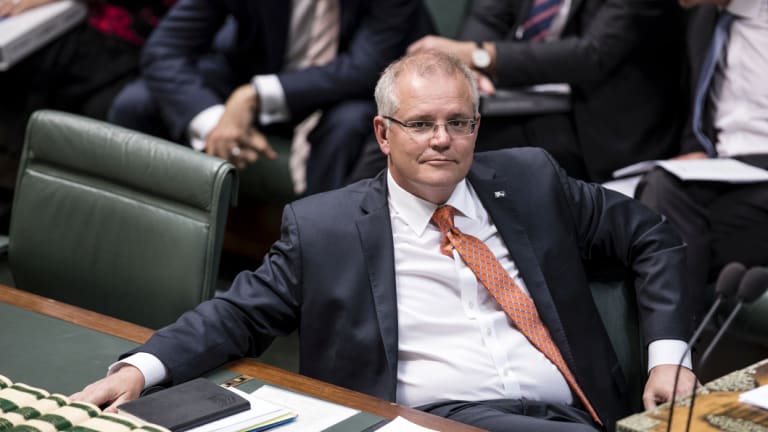 Prime Minister Scott Morrison during Question Time in the House of Representatives at Parliament House in Canberra on Monday. Credit:Dominic Lorrimer

They will recommend doing something that doesn’t move the embassy but does something to preserve the dignity of the Prime Minister.

The head of the Department of Foreign Affairs Frances Adamson, Defence boss Greg Moriarty (a former Indonesia ambassador), Attorney-General's boss Chris Moraitis are heavily involved, while spy agency ASIO and the Office of National Assessments have input too.

Unusually, once the review has been completed it will then be handed on to so-called "wise elders", including former Defence and Foreign Affairs boss Dennis Richardson and former chief of the defence force, Sir Angus Houston, to further examine the implications and consider both the regional and domestic ramifications.

He and Mr Richardson are seen as above the cut-and-thrust of daily partisan politics and the government hopes their involvement will add weight to whatever the final decision on the embassy move ends up being.

A source close to cabinet confirmed that "Scott wants to road test it for further advice" before the announcement is made so "this is resolved and it’s not brought up again". 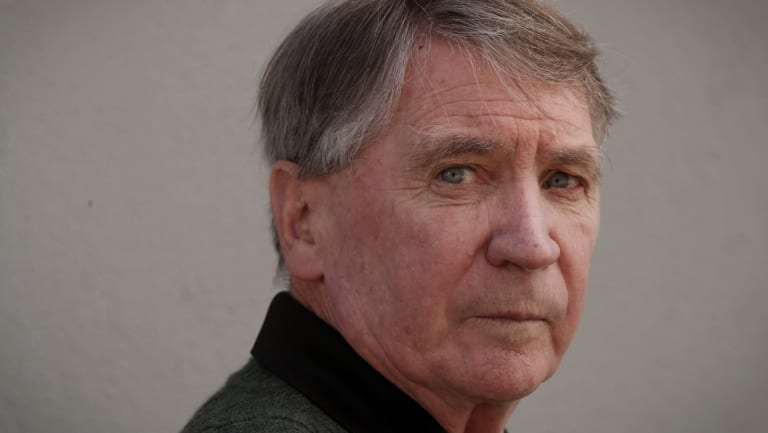 Dennis Richardson, a former Secretary of Defence, is one of the so-called ‘wise elders’ who will advise on the possible embassy move.Credit:Andrew Meares

Once the additional advice is received from the "wise elders", the national security committee of cabinet will examine the issue before the full cabinet makes the final decision, expected before Christmas.

A senior source in the foreign affairs community summed up the challenge for those leading the review: "They will recommend doing something that doesn’t move the embassy but does something to preserve the dignity of the Prime Minister. It will be some sort of compromise," the source said.

Another member of the foreign policy establishment said the government "would be working overtime to find anyone in DFAT who thinks moving the embassy is a good idea" and that "they will be looking for a face-saving measure".

One of the compromise solutions being widely canvassed is the establishment of a small consulate in Jerusalem, rather than an embassy, which could be upgraded to the status of full embassy in the future.

Another option would be to announce a firm intention to move the embassy to Jerusalem at an ill-defined date in the future, when the other outstanding issues, such as the question of Palestinian statehood, are resolved.

The prospect of a total backdown on the proposal – which would preserve the status quo – is considered unlikely at this stage.

Moving the embassy immediately is also considered unlikely because of the more than $100 million price tag, the significant security ramifications and the damage it would do to Australia's relationships with its Muslim neighbours.

As the source close to the cabinet put it: "it’s hard to see any expert advice recommending abrupt or imminent relocation of the embassy. Beyond that, where it lands is a matter of what cabinet determines". 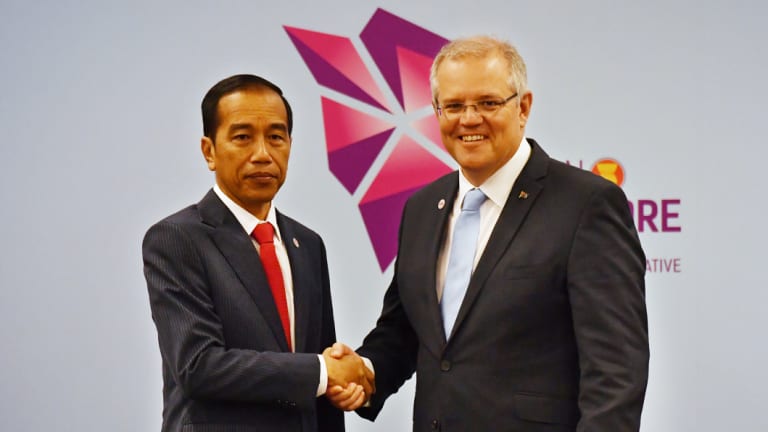 Australia’s Prime Minister Scott Morrison and Indonesia’s President Joko Widodo at a bilateral meeting during the 2018 ASEAN Summit in Singapore, on November 14.Credit:AAP

The Indonesian government, led by President Joko Widodo, has indicated its strong opposition to the move, with Foreign Minister Retno Marsudi describing the October announcement of a review as a "slap to Indonesia's face".

Malaysian Prime Minister Mahathir Mohamad has also warned against the move, suggesting it could provoke radicalisation in the region.

Last week, protesters gathered outside the Australian embassy in Jakarta for four days of rallies that strongly criticised Australia even considering the move. It also targeted Widodo's opponent in the April 2019 presidential election, Prabowo Subianto.

But many of those protesters were paid to turn up – a practice that is not uncommon in Indonesia – and some did not appear to understand the issue they were protesting about. 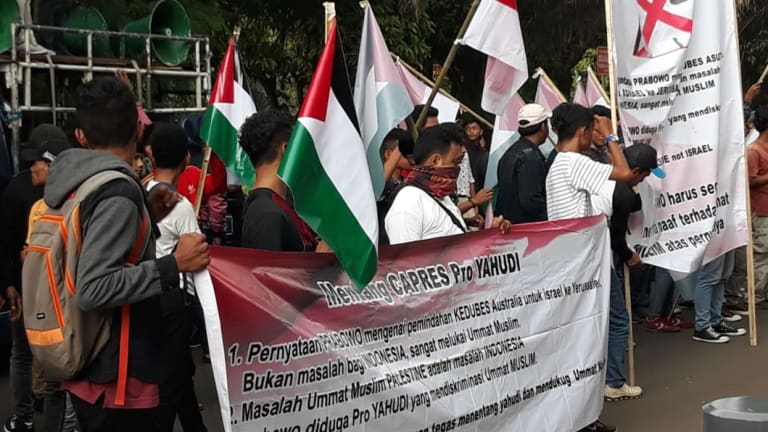 A small group outside the Australian embassy in Jakarta on November 30 holding Palestinian flags and protesting against Australia’s consideration of moving its embassy from Tel Aviv to Jerusalem.Credit:Rudi Aliyafi

However, if the move went ahead then much larger protests are likely, and this time they would be real ones.

The Turnbull government previously examined moving the embassy to Jerusalem earlier this year after the United States announced its move. Then cabinet's national security committee had an informal discussion about the proposal before deciding against it.

A spokesman for the Prime Minister declined to comment.

Golden Globes 2019: How to watch the nominations
World News