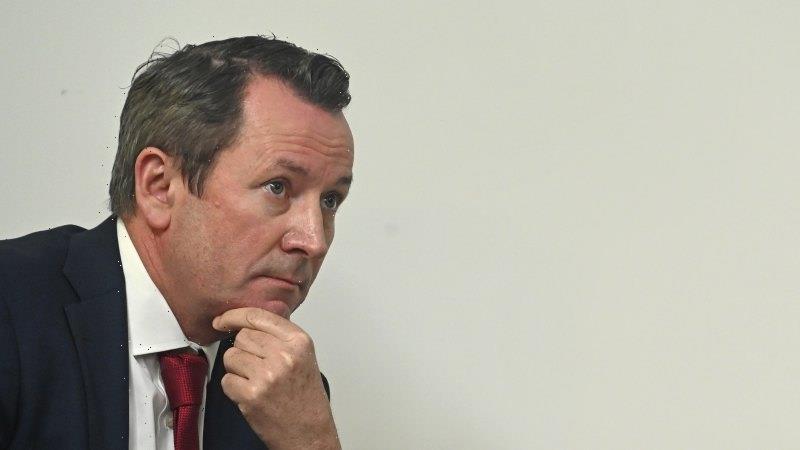 West Australian Premier Mark McGowan has doubled down on his stance to retain the state’s hard border and targeted lockdowns even after vaccination rates reach 80 per cent.

Under national cabinet’s COVID-exit plan, only highly targeted lockdowns will be permitted once a state reaches 80 per cent, or phase C, with international travel to begin reopening.

On Sunday, Mr McGowan told Sky News he would continue to strive for a COVID-free state, even if vaccination rates hit 80 per cent.

The next day, Prime Minister Scott Morrison said those comments did not reflect what was agreed to at national cabinet given the scientific advice from the Doherty Institute showed that once vaccination rates hit 80 per cent COVID-19 could be “treated like the flu”.

“The Doherty Institute, working together with all the state and Commonwealth treasuries, made it very clear that once you hit those levels, it is neither in our health or economic interests to be going down that path,” Mr Morrison said.

“That’s the deal that all premiers and chief ministers have signed up to and making that commitment to their own citizens. And we’ve got to hold to that.”

Mr McGowan said the Prime Minister was wrong and pointed to the targeted lockdown clause in phase C of the COVID-exit plan.

He said by phase D, which is yet to have a defined vaccination rate, the state would let COVID into the community but even with 80 per cent of West Australians vaccinated, there would still be 400,000 unvaccinated people.

“If you imagine we get to 80 per cent vaccination, and Aboriginal communities, remote communities, some country towns are at much lower levels, we may have to lock those down at some point in time for whatever reason – I think that makes total sense and that was what was agreed,” Mr McGowan said.

“When you get to phase D and you have high levels of vaccination, which isn’t actually defined, our plan is to make sure that COVID is treated like the flu when we get to that point. Up until then, there will be restrictions.

“I’m just keen to have minimal or no COVID, I don’t understand why that is a controversial thing to say.”

Mr McGowan said the zero-COVID strategy meant the state could avoid social distancing measures that were recommended by the Doherty Institute as Australia hit 70 per cent vaccinations and began opening up.

The Premier also took aim at eastern states commentators who questioned his approach and said by keeping WA COVID-free it had funded the government support of New South Wales.

“What we’ve successfully done because of our industries is fund the bailout for New South Wales,” he said.

“The people of Western Australia have funded it so if they want to criticise us for doing the right thing, we’ll let them.”

WA’s vaccination rates are the lowest in the country with 20 per cent of the population vaccinated.

The state expanded its COVID vaccination program from Monday to include anyone aged 16 and over, however people aged 60 and over are still only eligible for the AstraZeneca jab.

The state is currently undergoing a two-week vaccination blitz, which has been expanded because of the extra million doses of Pfizer secured by the Commonwealth over the weekend.

“Anyone 16 and over can get vaccinated at a WA clinic. It’s that simple. Do not hesitate. Do not be complacent,” he said.