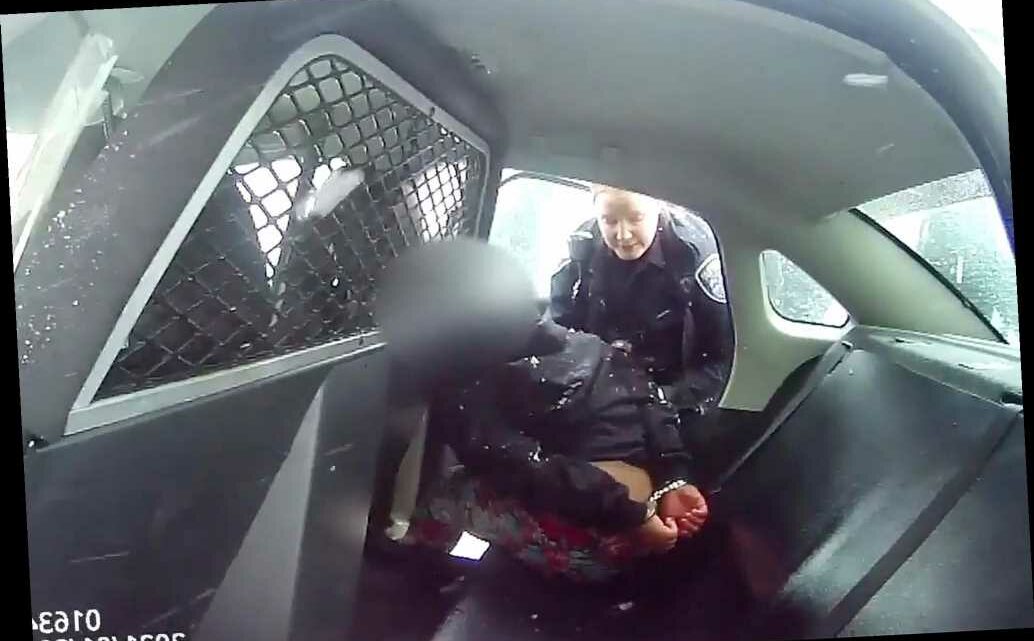 Protesters tear down barricades at Rochester precinct amid arrest outrage

The mother of a distraught 9-year-old girl who was manhandled, handcuffed and pepper-sprayed by cops in Rochester wants them off the job.

“I want those officers fired,” mom Elba Pope said. “And I also want to see a change in … how they respond to mental health victims.”

The girl, who has not been identified, was seen on viral bodycam video increasingly melting down on Jan. 29 after police respond to the family home on a report of a dispute.

City officials later said the girl was suicidal and threatened to kill her mother.

But Pope questioned whether race played a role in the incident — the girl is black and the officers involved are white.

“I dont think she was looked at as a normal child,” she said. “Had they looked at her as if she was one of their children, they wouldn’t have pepper-sprayed her.”

She said her daughter is “coping” with what happened.

Pope filed a notice Tuesday announcing her intent to sue the city and the police department over the incident, which has garnered national attention.

The upstate New York city is still grappling with the fallout from the March 23 police custody death of Daniel Prude, a 41-year-old emotionally disturbed man who died while being restrained by cops after running into the street naked.

The city is on the verge of releasing a proposed police reform legislative package stemming from the outrage over the Prude incident.

In the more recent case, bodycam footage shows a Rochester police officer chasing after the girl after she flees from her home in the snow.

As more officers arrive, the girl becomes increasingly unruly, and is ultimately put on the ground, handcuffed and eventually pepper-sprayed by one officer.

The cop who pepper-sprayed the youngster was suspended with pay Monday, while two others who were at the scene were placed on administrative leave.

None of the officers have been identified.

In an interview with the Democrat & Chronicle this week, interim Police Chief Cynthia Herriott-Sullivan said she did not want to release the names amid safety concerns.

She said the department has received multiple threats since the footage went public.

The incident has sparked clashes between protesters and police.

Herriott-Sullivan also said the city erred in its initial press release over the incident, which said that officers were “required” to use pepper spray given the circumstances.

“I do not agree that, in this instance, we should have pepper-sprayed this girl,” the chief said. “I don’t. And I have said as much. But I have also said when we do things wrong or, you know, there are issues, we own them.”

CategoryWorld News
TagsGirl Mom of Rochester Was Who