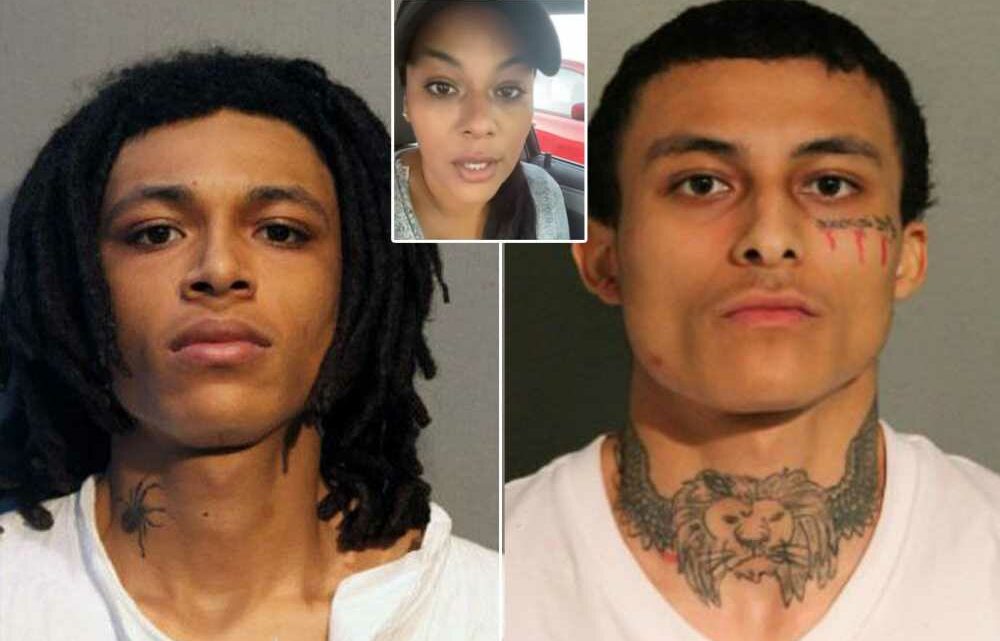 The mother of the two brothers charged in the fatal shooting of a Chicago cop has been arrested herself – after she livestreamed herself entering a hospital to visit one of her sons and scuffled with security.

Evalena Flores tried to visit her son Emonte Morgan at Advocate Christ Medical Center, but two city cops and a hospital public safety officer stopped her from entering his room, according to the Chicago Tribune.

She allegedly kicked the hospital worker in the groin and resisted arrest, the paper reported, citing authorities.

“Monte! Monte!” she screams as she runs down a hallway while police approach her.

“Put your hands behind you. You’re under arrest,” an officer is heard telling her.

“Monte, I love you!” she then shouts while being led away.

Oak Lawn Police Division Chief Gerald Vetter told the Tribune that the video “is of interest to our investigation.”

In another video, a woman who identifies herself as the suspects’ mother says, “There is another side and my boys’ side is not being told right now. I cannot speak too much on it, but I will say this: Don’t believe everything you hear and see. It’s fictitious. And there is another side. My boys are not monsters.”

She adds that she does not believe the police account of the shooting and that her sons were probably afraid to be pulled over by cops because they’re young black men.

“We fear our police here, unfortunately,” she says in the clip. “We fear them. We don’t believe in them. We don’t trust them. They get behind us, our hearts drop, we scared. That’s just the reality of it.”

She is scheduled to appear at the Cook County courthouse in suburban Bridgeview on Sept. 15, according to the Tribune.

Police Officer Ella French, 29, was fatally shot and her partner critically injured after they pulled a car over on the city’s South Side on Saturday.

Emonte, 21, and his 22-year-old brother Eric, both convicted felons, have been charged in the brazen attack.

His brother was facing weapons and obstruction charges, prosecutors said.

French and her partner had pulled their car over because it had expired registration tags.

Rollercoaster comes off the track at Scottish theme park