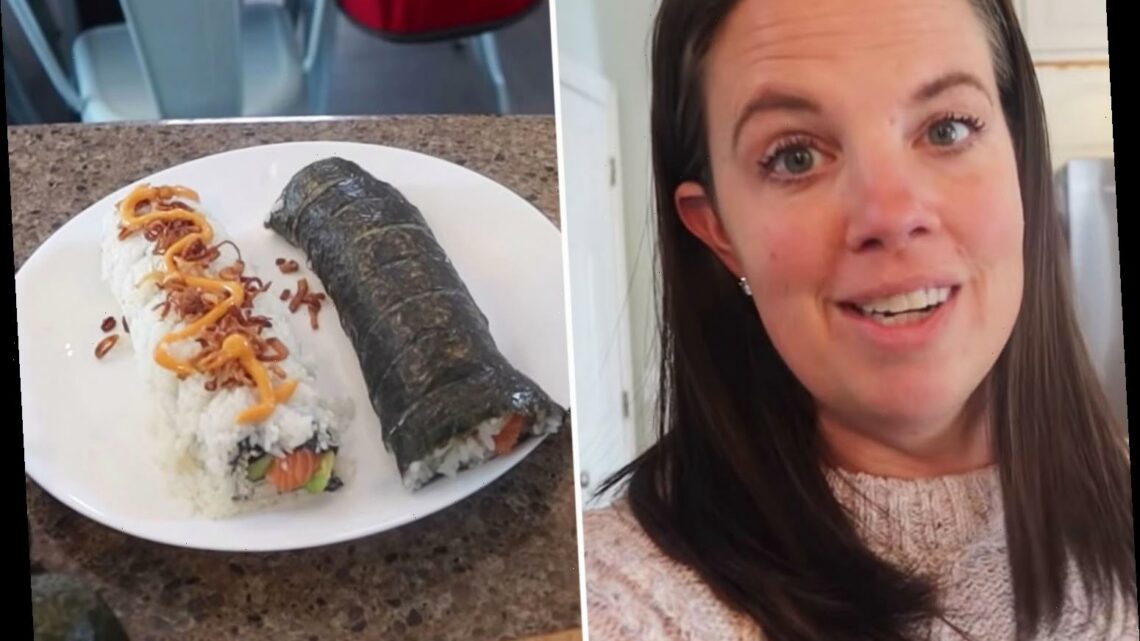 Mom-of-10 shows a week of cooking meals for the entire family – including sushi, 2 whole chickens, and home-grown onions

A MOM-of-10 revealed a week of cooking meals for the entire family.

As the family is focusing on eating more "whole foods," she documented their kitchen adventures in making a range of meals – including sushi, a whole chicken, and using home-grown onions. 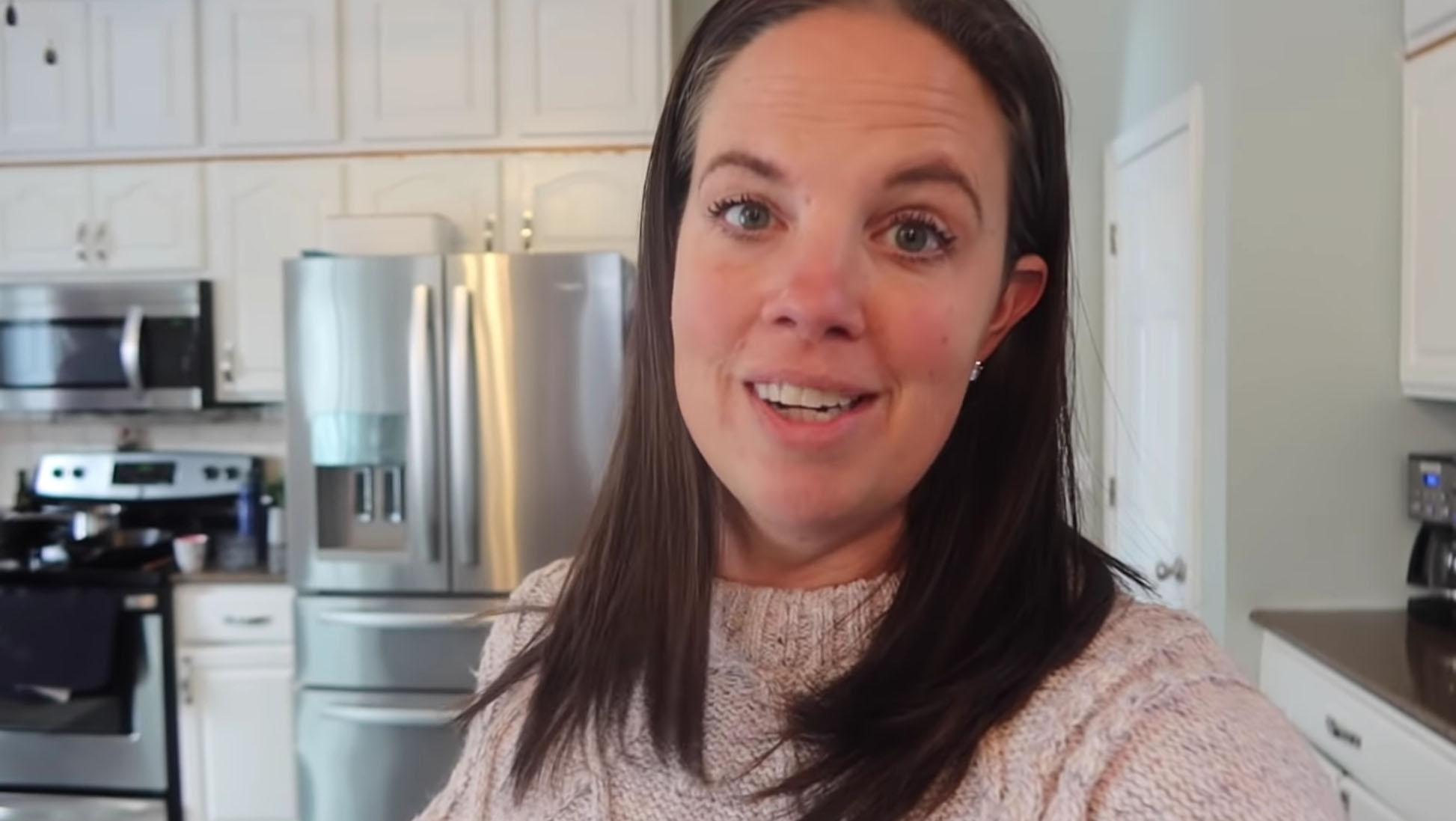 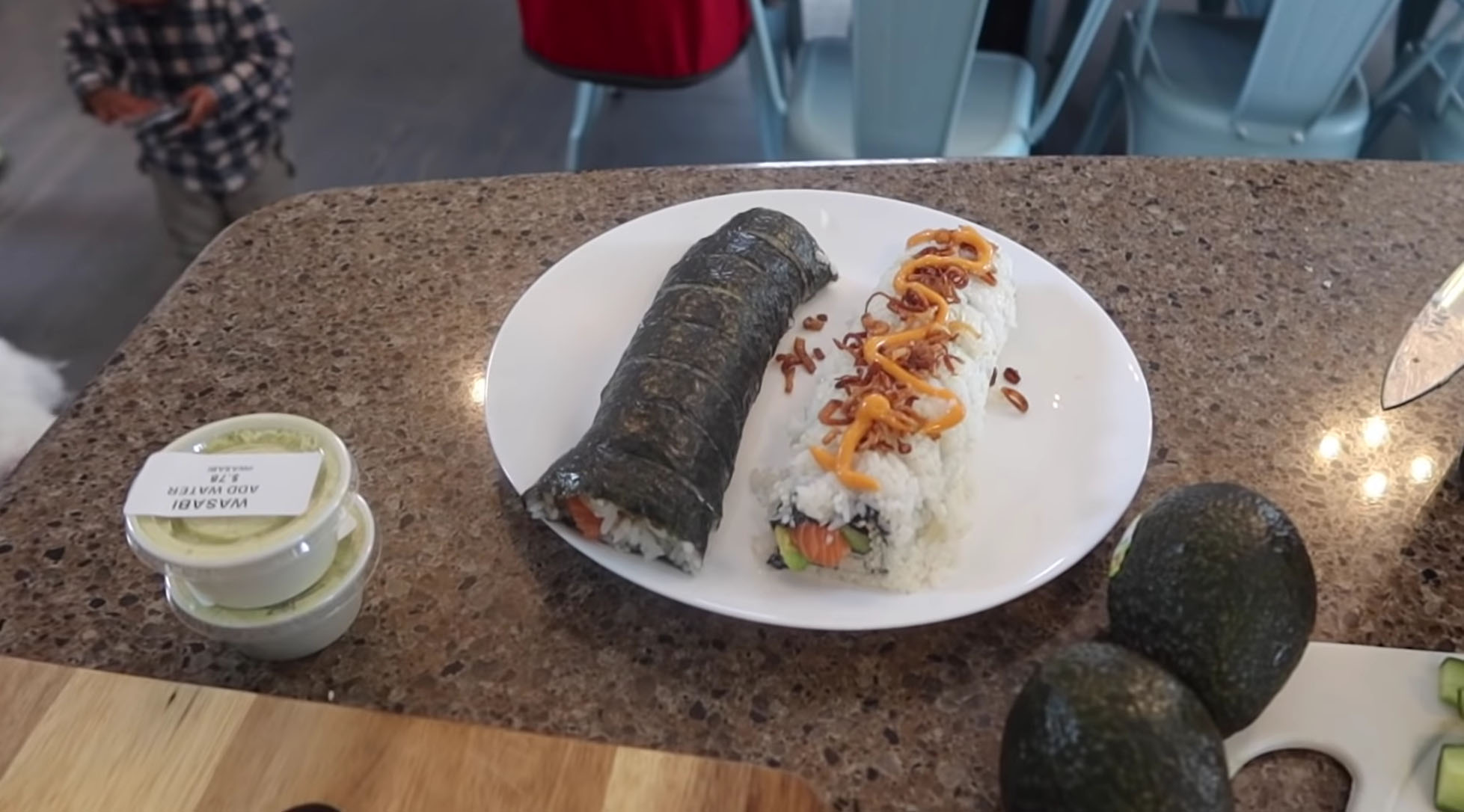 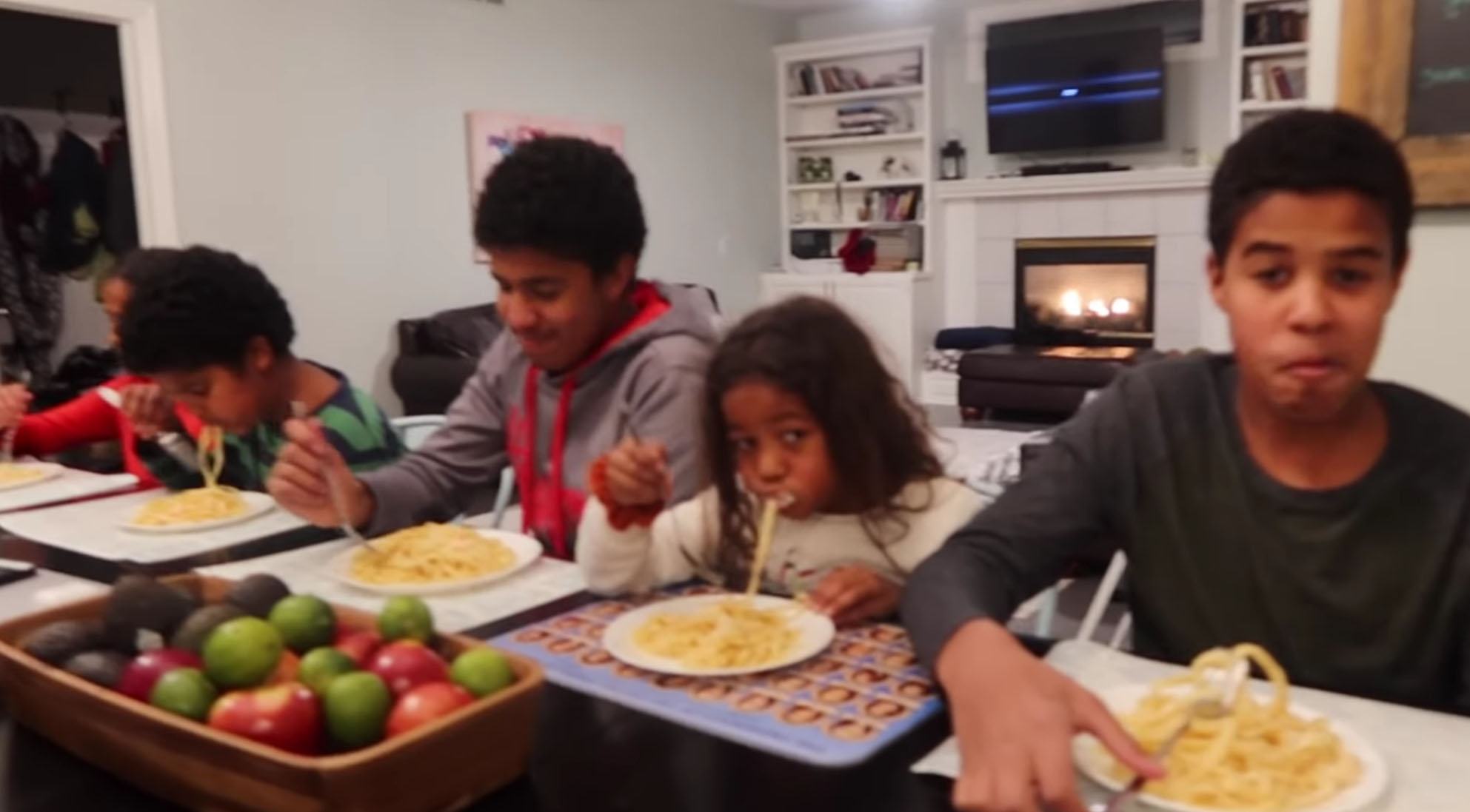 The busy mom, named Sarah, shared the process on her YouTube channel, Our Tribe of Many.

"We're showing you what's for dinner for a week!" the mom said, as she began on a Monday.

As it was her husband Solo's birthday, Sarah said the family decided to do something special: make sushi.

She said her son, Judah, 17, had been wanting to try making sushi for a long time.

"This is something we've never tried before," the mom said. 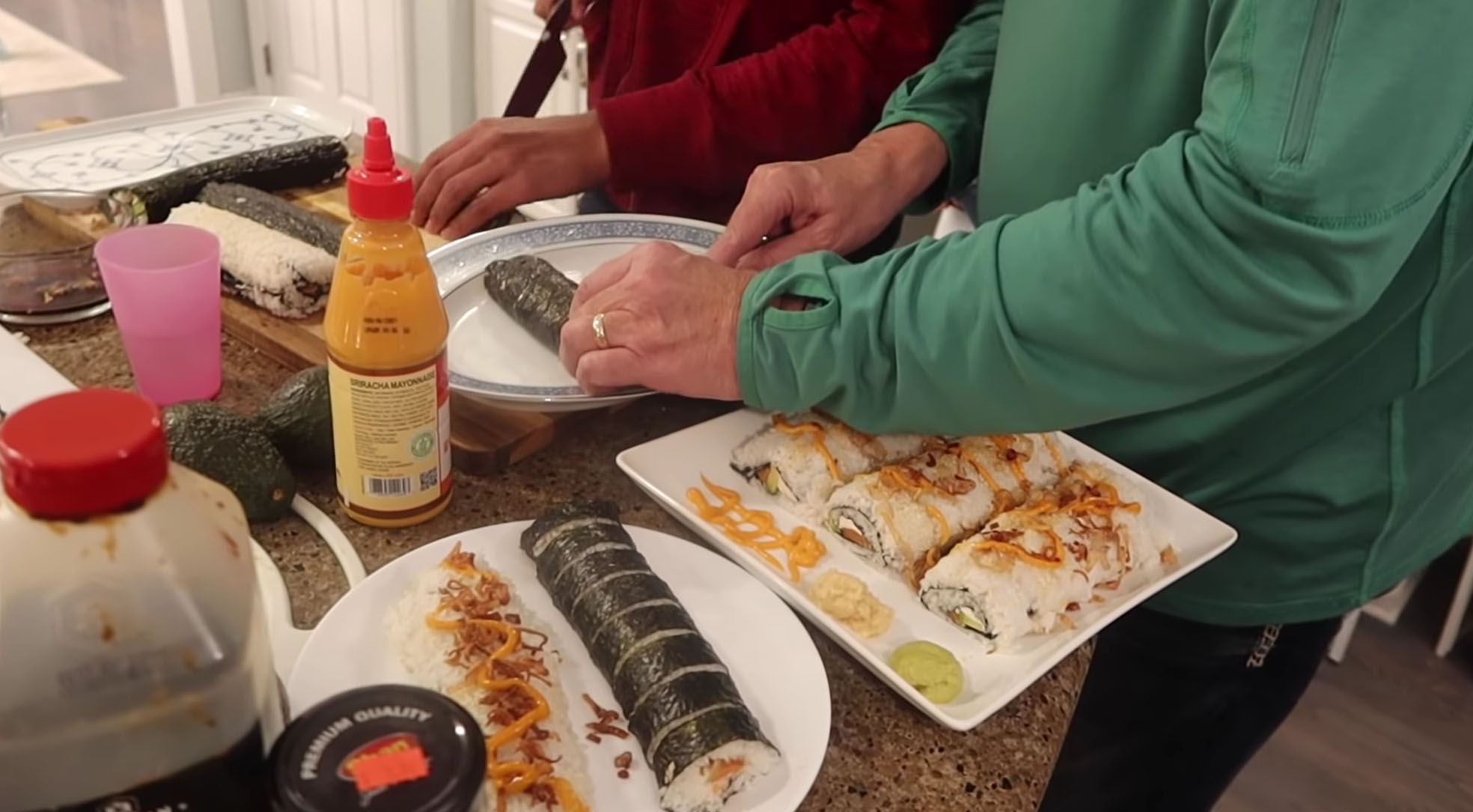 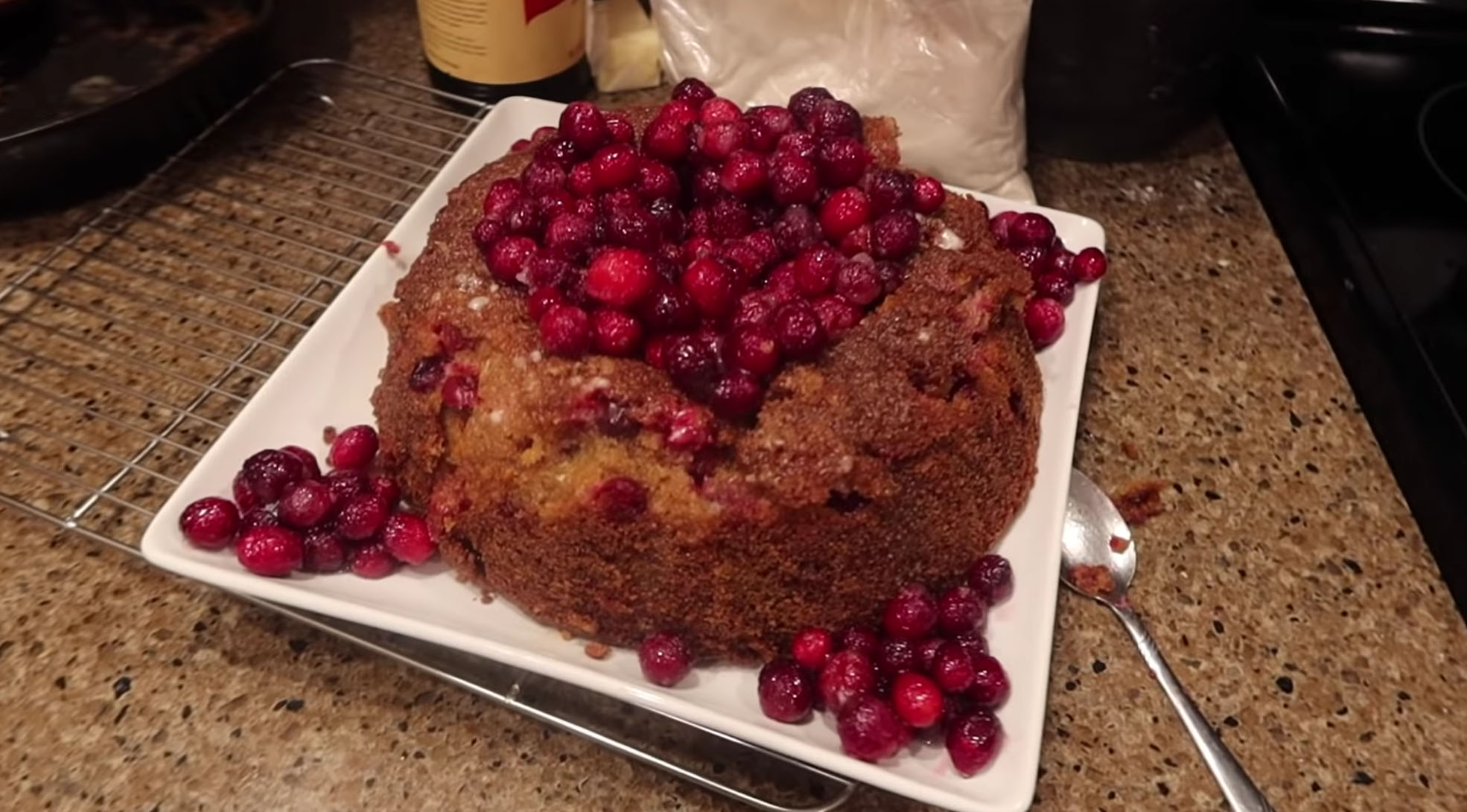 Sarah showed off a massive slab of salmon, and a smaller piece of tuna which the family put into rolls.

She showed the process as her son layered salmon, avocado, cream cheese, rice, and seaweed and rolled it together.

In all, the family made at least 12 rolls and seared the leftover salmon.

She also showed off a cranberry bundt cake, which her 15-year-old daughter, Belle made from scratch.

In the next night of meals, the mom said she browned three pounds of ground beef, and used a Sam's Club-size bag of chopped cabbage, and cooked it with soy sauce, sesame oil, and eggs. 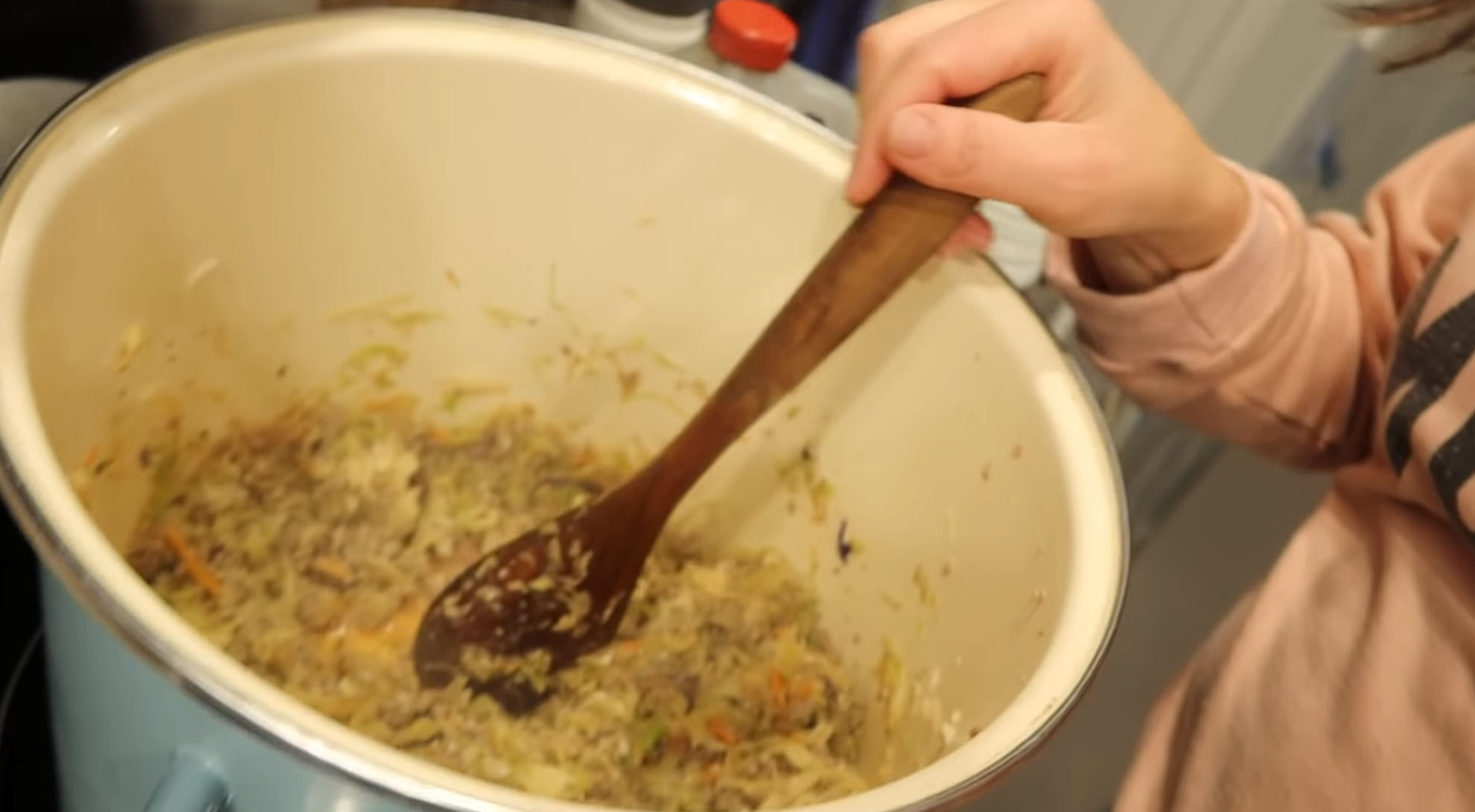 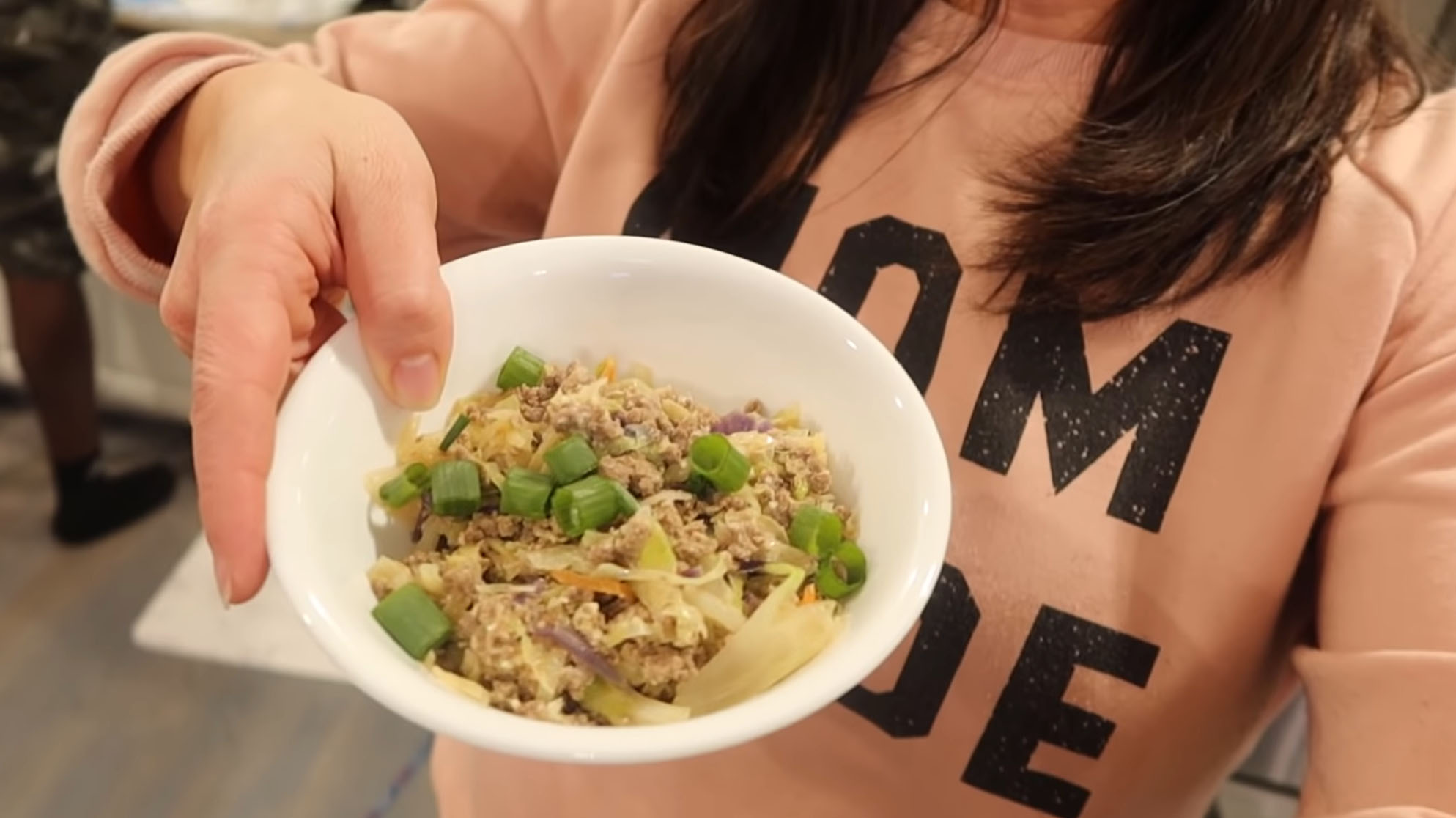 She dubbed it "an egg roll in a bowl."

Revealing the bowl, she showed off the mix topped with green onions.

Sarah then revealed the family re-grows their own green onions.

She showed onions – some which were bought over a month ago – in jars with water. 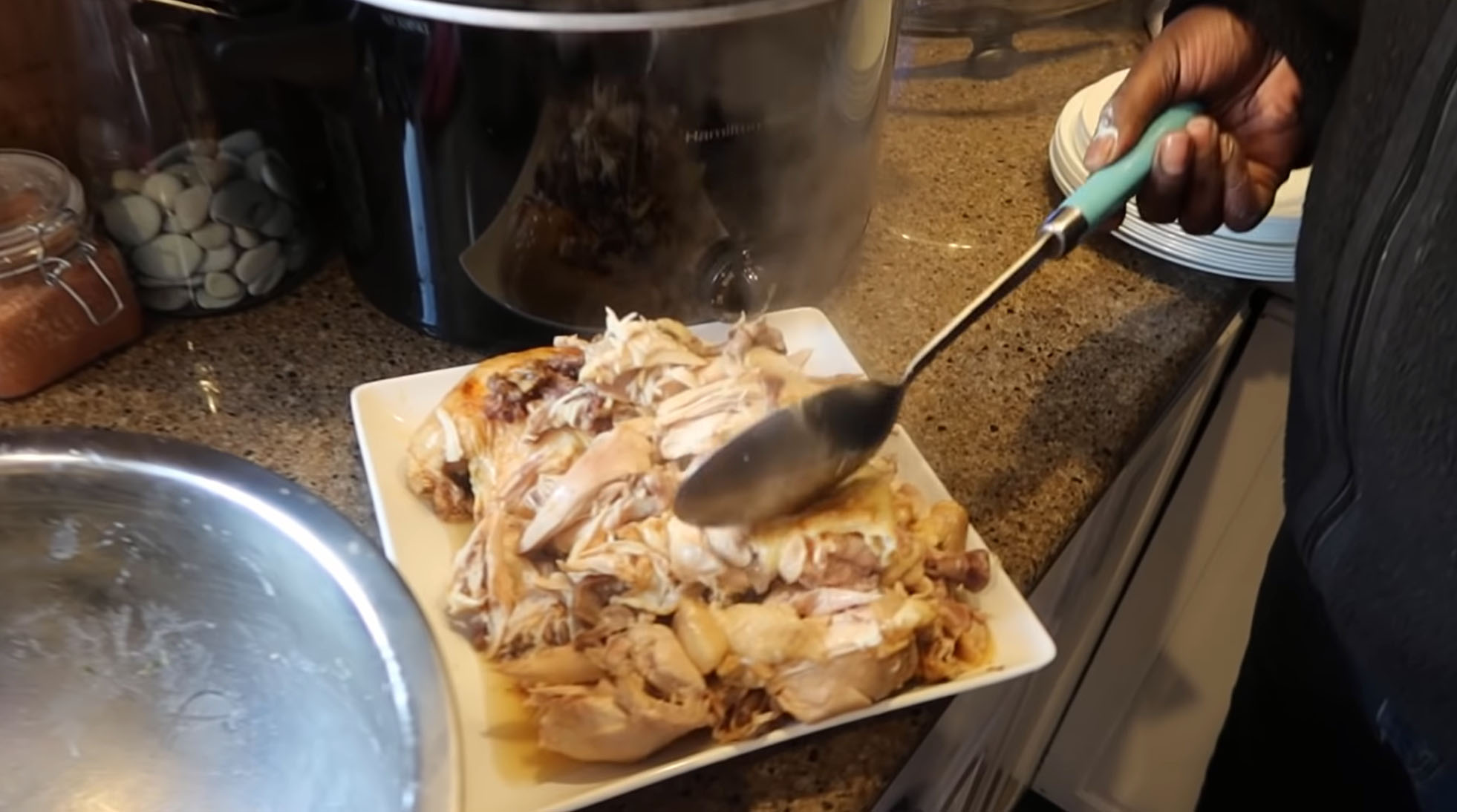 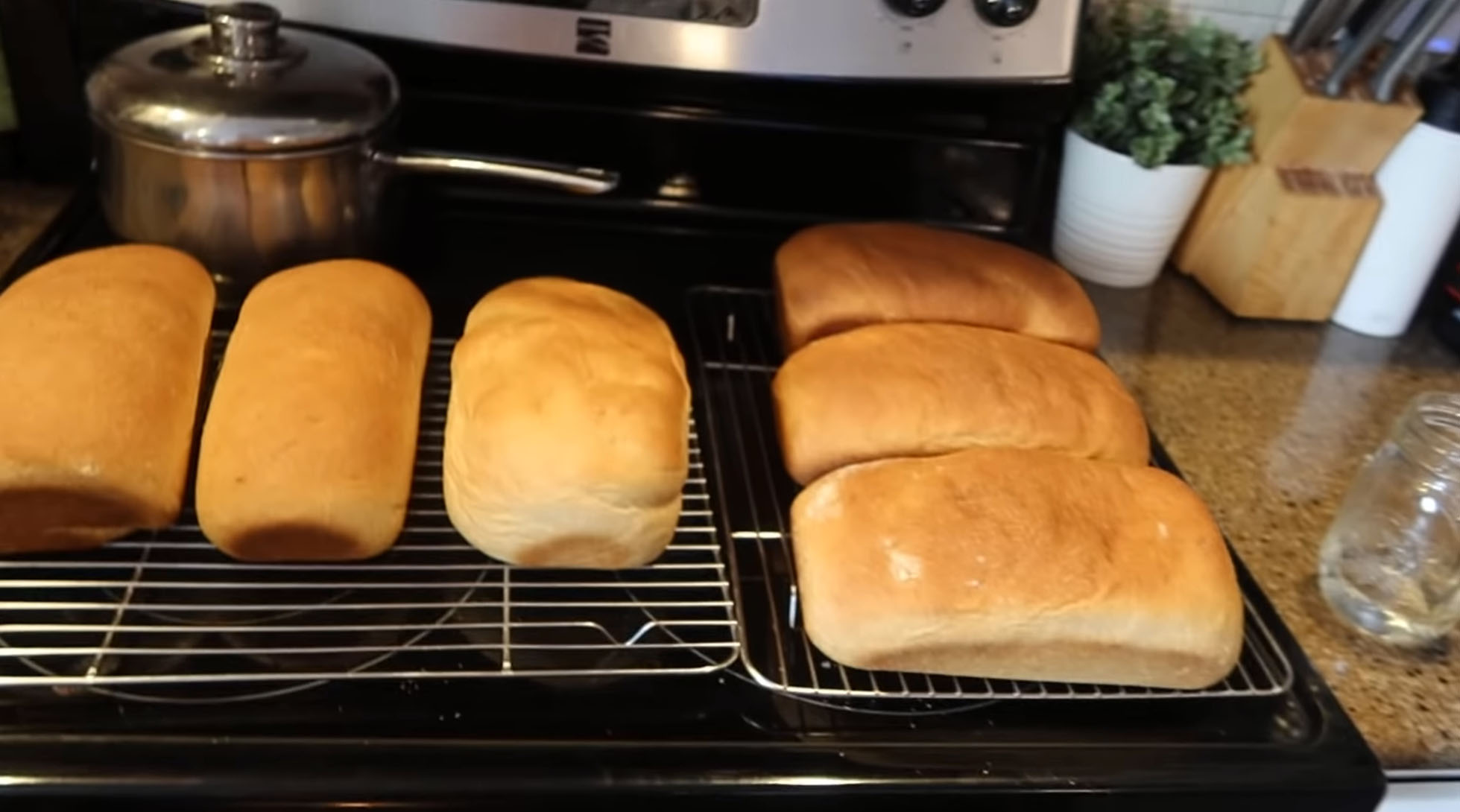 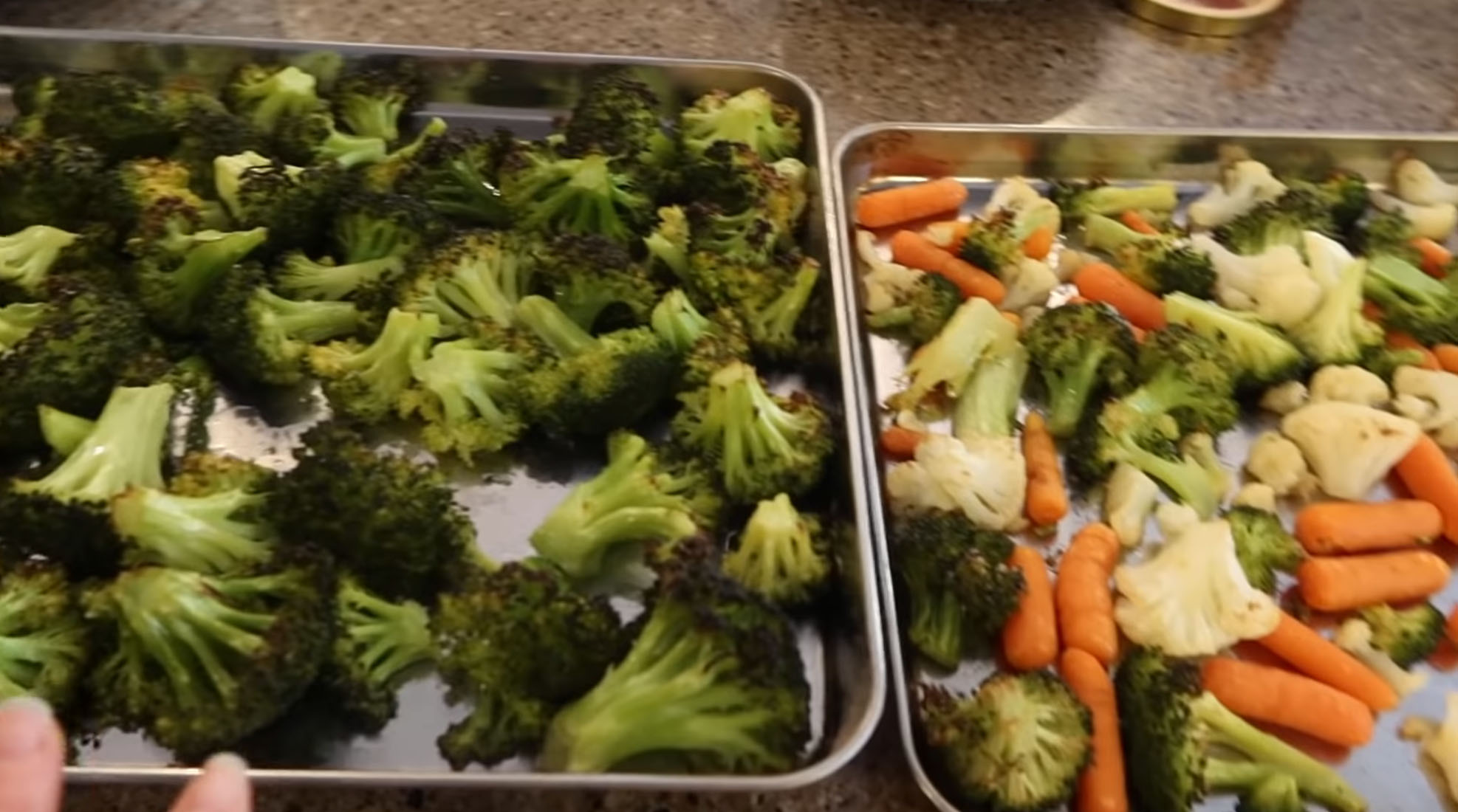 "I just took this stump and put it in water and they've regrown," she said as she showed off other herbs that she's growing.

For the next meal, the mom revealed she cooked two entire chickens – and saved the scraps to make broth or stock.

"We just put it in the crock pot all day," she said.

The mom then showed off six loaves of bread that she cooked, along with three full trays of roasted vegetables.

She said she just melted coconut oil and added salt to cook the veggies, and showed off sweet potatoes she made in her pressure cooker.

For the next night's meal, she showed her son, Judah made homemade alfredo sauce as the family was to have pasta for dinner. 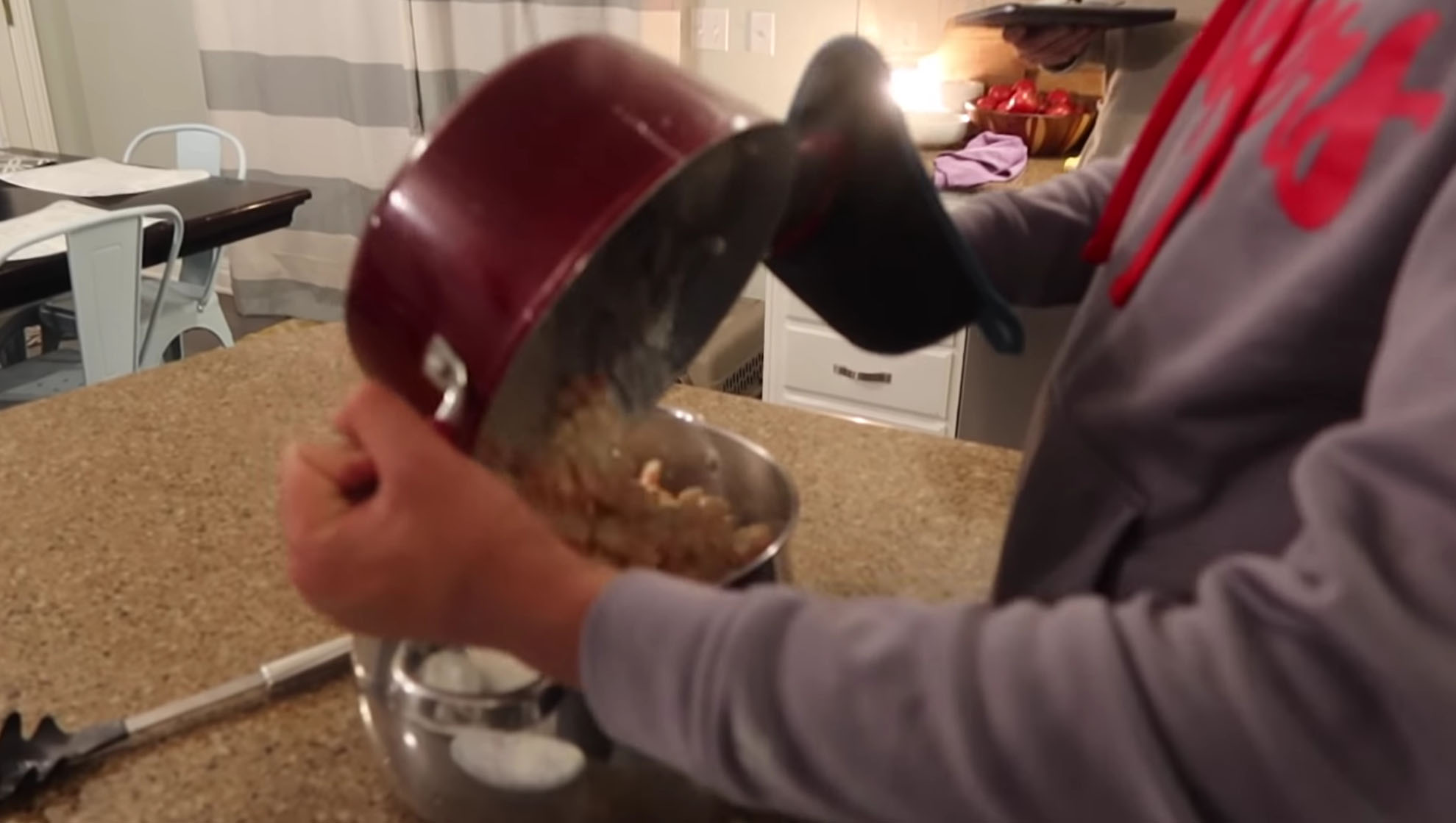 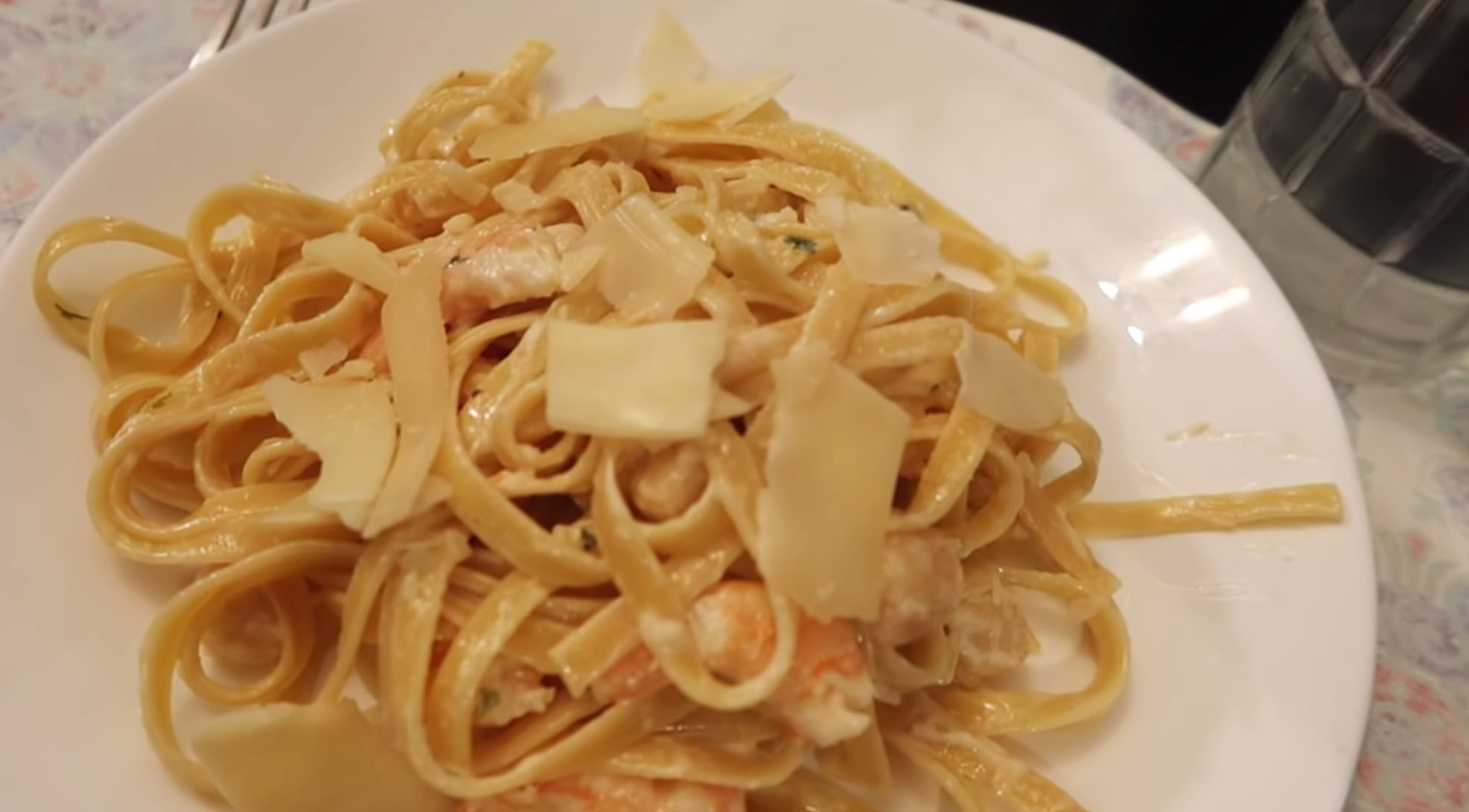 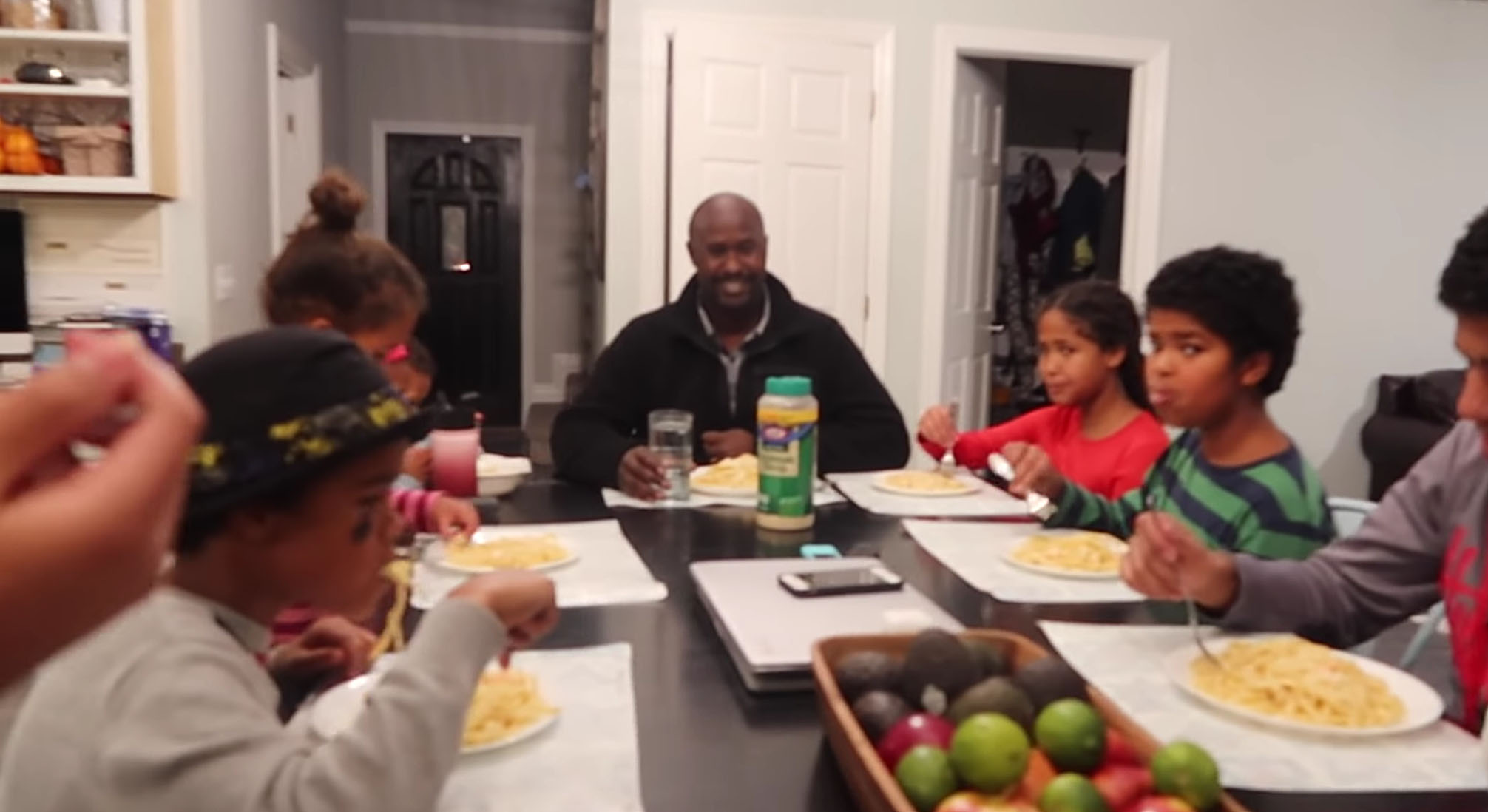 They added shrimp to some of the sauce, and had scallops and riced cauliflower well.

She showed the entire family sat down together, enjoying their pasta dinner.

For another night of meals, the mom revealed they made taco bowls"– usingleftover rice, ground meat, seasoning, cheese, and guacamole that Solo made.

She said she forgot to document that meal on camera, however, as the couple went out to dinner themselves.

For the last night of meals, she revealed the family got a treat – takeout pizza.

She showed at least six boxes stacked on top of one another on the kitchen counter.

"The kitchen had been used enough with the cooking," she revealed.

"The kids really like it when we order pizza," she added. 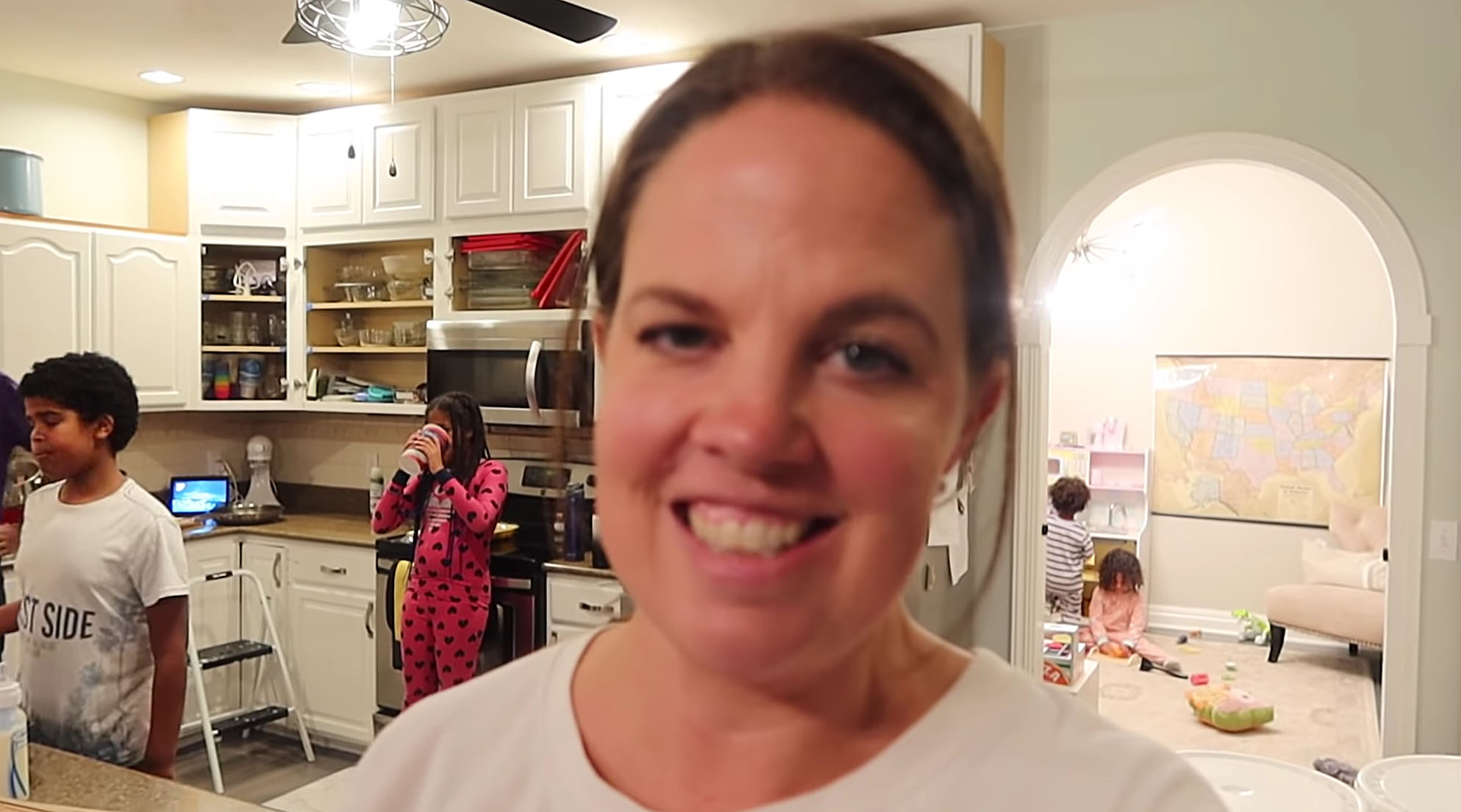 Sarah previously documented her family's grocery haul for the month – and it filled her entire kitchen.

In other big family adventures, one mom-of-16 documented her morning routine.

Chinese husband ordered to pay ex £5,500 for housework during marriage