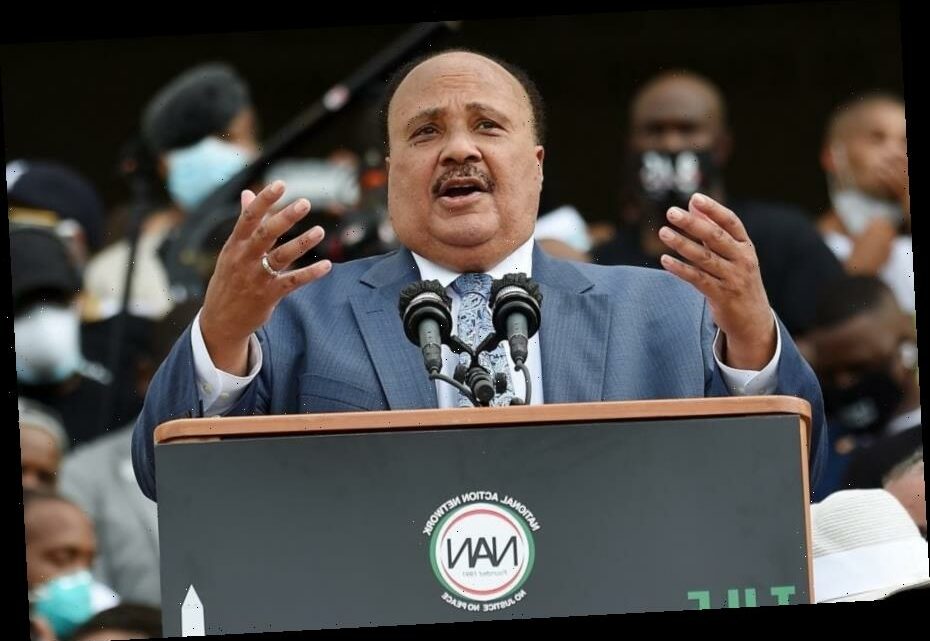 On Friday, thousands gathered in Washington D.C. on the 57th anniversary of Martin Luther King Jr.’s famous March on Washington speech. The rally came to fruition in light of the recent police shooting of Jacob Blake, where he was shot seven times by an officer in Kenosha Wisconsin, earlier this week. Blake was left paralyzed from the waist down.

He also reminded the masked crowd that today is also the anniversary of Emmett Till’s death in 1955. “August 28 is a day to remember the triumphs and tragedies that have taken place in our historic struggle for racial justice. Today we commemorate the March on Washington in 1963 where my father declared his dream,” King III said. “But we must never forget the American nightmare of racist violence exemplified when Emmett Till was murdered on this day in 1955 and the criminal justice system failed to convict his killers.” 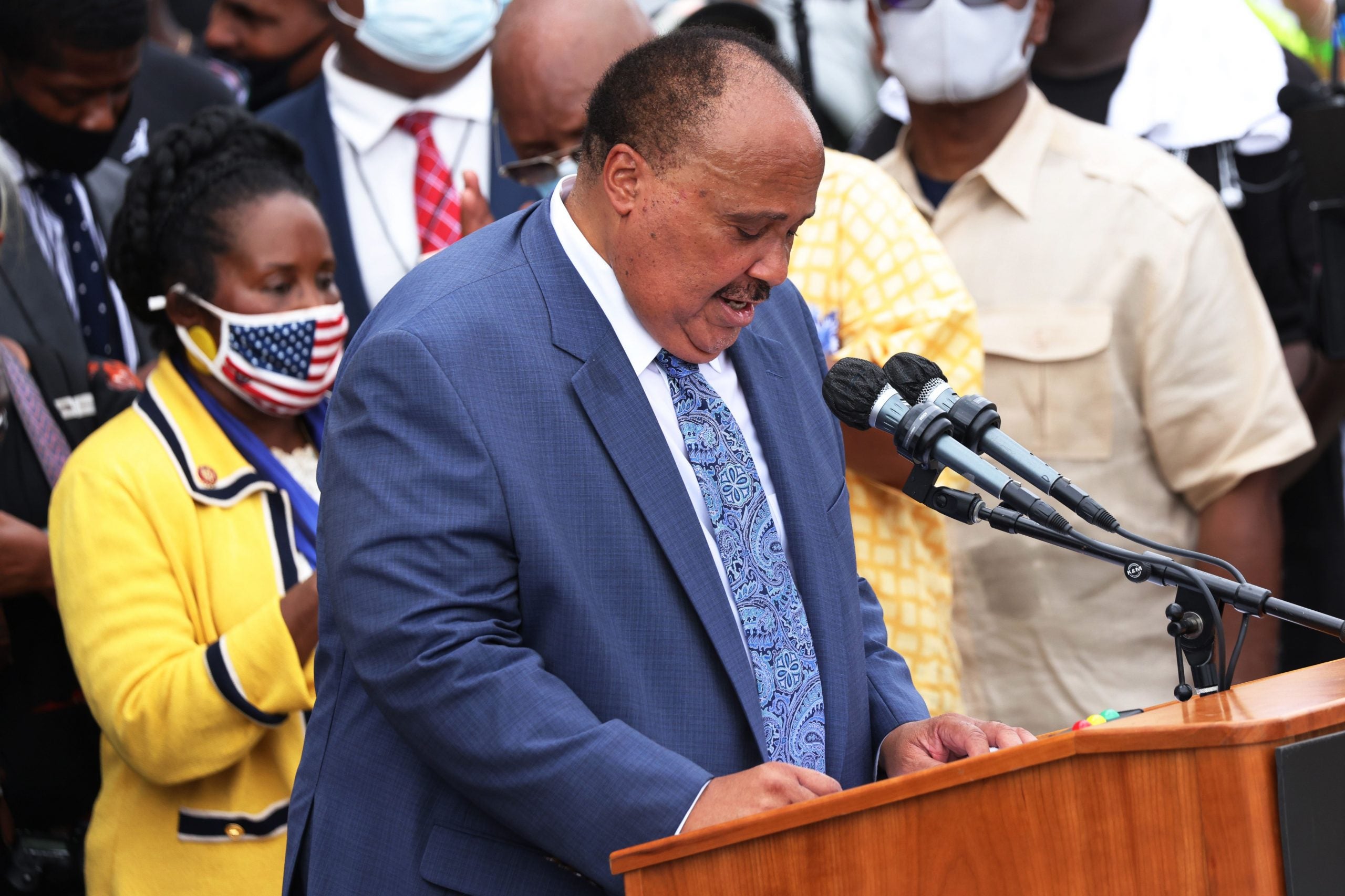 He continued, “In our struggle for justice, there are no permanent victories,” King III said. “For on this day 12 years ago I was honored to address the DNC in Denver … Our spirits were soaring as the Democrats nominated Barack Obama who would go on to become the first African American president of these United States. But the progress we celebrated then is in peril yet again. And now we must march to the ballot box, and the mailboxes, to defend the freedoms that earlier generations worked so hard to win.”

“In so many ways we stand together day in the symbolic shadow of history, but we are making history together right now,” King III said. “We are marching with the largest and most active multi-generational, multi-racial movement for civil rights since the 1960s. From high school students to senior citizens, Black as well as white, Latino, Asian-American, Native American, Pacific Islanders. Americans are marching together, many for the first time, and we’re demanding real, lasting, structural change.”

“We are courageous but conscious of our health,” he said. “We are socially distanced, but spiritually united. We’re masking our faces, but not our faith in freedom.”

The historical event was marked by numerous speakers and supporters. Including Ayanna Pressley, Blake’s sister, Letetra Widman, other families of victims of police violence, and Al Sharpton. See here for more.