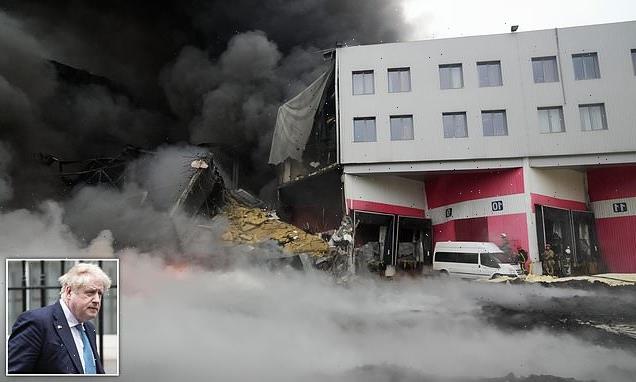 Ministers are facing demands to strip Putin-linked oligarchs of British citizenship amid the push to ramp up sanctions.

The government said it is ‘looking at the full picture’ after calls for those with dual nationality to have it removed.

The suggestion was made as pressure mounts on Boris Johnson to go further and faster in targeting Russian oligarchs, with fears it could take ‘weeks and months’ to build legally-sound cases.

Downing Street has hinted it is now considering emergency legislation to cut through red tape, with furious Tories pointing out the EU is already seizing yachts and asking ‘what the f*** is going on’.

The idea of removing citizenship as part of sanctions was raised by Labour former minister Lord Foulkes of Cumnock in parliament today.

‘There is one further sanction which has not yet been considered… and that is using the powers we have to remove British citizenship from Putin oligarch’s living in the United Kingdom,’ he said. 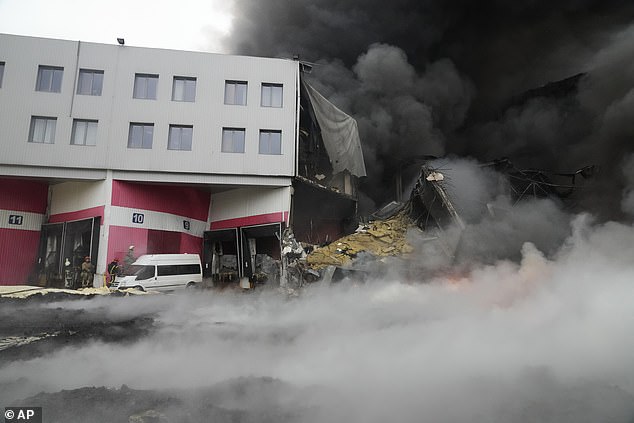 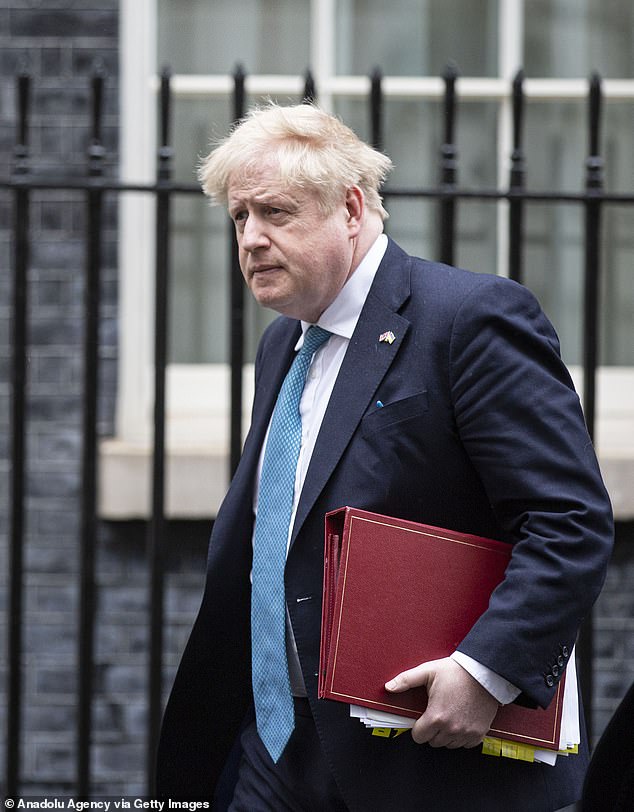 The Home Secretary has powers to strip British citizenship in exceptional circumstances, which are being upgraded in the Nationality and Borders Bill.

But it is not clear what individuals with dual nationality would be the targets for such a move. There are not thought to be any on the current sanctions list.

Senior Tories have called for the immediate seizure of oligarchs’ assets in the UK, such as luxury yachts and property, and the return of them to the Russian people ‘as soon as possible’.

Amid growing frustration one senior Conservative MP told MailOnline the EU was putting Britain to shame.

‘The EU is actually seizing yachts, locking up people’s houses. We’re talking about some sporting events. I don’t know what the f*** is going on, it’s not good,’ they said.

‘I don’t know what is holding it up but if it is lawyers get on the floor of the House and name the f***ers.

‘They need to pull their finger out. This is not the time for complacency. It is shocking.’

Questions continued over why billionaires such as Roman Abramovich, who has announced he will sell Chelsea FC, have not been hit with sanctions.

Government sources have acknowledged it could take ‘weeks and months’ to build a legally watertight case against some Russian oligarchs.

‘We’re working round the clock and going as quick as we can,’ the source added.

Foreign Secretary Liz Truss is understood to have tripled the size of the sanctions team in recent months.

Ms Truss said ‘there is nowhere for any of Putin’s cronies to hide’ as she seeks to hit more Russian oligarchs with sanctions.

In an interview in Lithuania, she said: ‘We have to make sure we have the right evidence to put in place those sanctions.

Downing Street tried to play down the issue, with the Prime Minister’s official spokesman insisting: ‘We are not being held back from introducing sanctions.’

But he said ‘we do have laws that we need to abide by’ when applying the economic restrictions.

‘When it comes to individuals it is the case that we need to do the preparatory work, the requisite work, to make sure it is legally sound before introduction,’ the spokesman added.

‘Like I said, we will keep that under review and if there are ways to further speed it up then we will.’

He also sought to argue that sanctions on the banks funding the Russian president’s military machine will exert more pressure than going after his wealthy allies.

‘Our judgment is placing sanctions particularly on large banks and companies … that is what we believe will exert the most pressure on Putin’s regime and will throttle off funding for this illegal war against Ukraine,’ he said.

But Tom Tugendhat, the chairman of the Commons Foreign Affairs Committee, called for the Government to go further to follow European allies to seize oligarchs’ assets.

‘We should be looking immediately to seize those assets linked to those who are profiting from Putin’s war machine, holding it in trust and returning it to the Russian people as soon as possible,’ he said.

Senior Tory MP Tobias Ellwood echoed the call, warning there will be ‘increasing public anger that we’re not doing enough to help our fellow Ukrainians in their hour of need’.

The chairman of the Commons Defence Committee said: ‘There’s a race to squeeze Putin given the war crimes he’s now committing in Ukraine and London continues to be seen as ground zero as to where oligarchs’ investments sit. So we need to be impounding these assets in days, not weeks or months.

‘Every day we wait offers more time for the oligarchs to move their wealth to other parts of the world. Don’t forget it’s not their wealth, this is the stolen wealth from the Russian people which is utilised to keep Putin in power.’

French authorities have said they seized a yacht linked to Igor Sechin, an ally of Mr Putin who runs oil giant Rosneft, under EU sanctions. It was also reported Germany had seized another megayacht.

In another sign of anxiety about sanctions, Michael Gove has been drawing up radical plans for Putin-linked oligarchs to have UK properties seized.

The Cabinet minister is proposing to ramp up the regime by requisitioning lavish residences without paying any compensation. 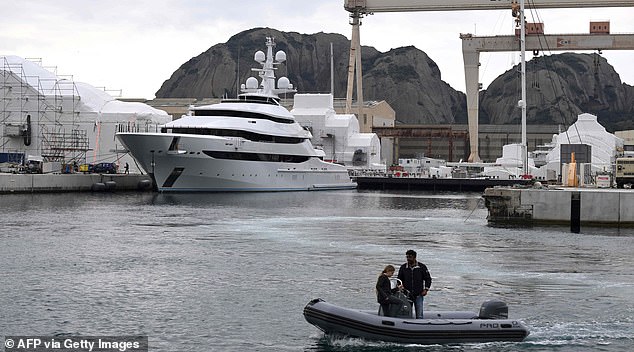 They could potentially be used to house Ukrainian refugees, with Boris Johnson pledging that Britain will take hundreds of thousands fleeing the Russian invasion.

There is understood to have been ‘enthusiastic’ support at Cabinet for the idea – including from the PM – and it could apply to nine oligarchs sanctioned by the UK, including Kirill Shamalov, Vladimir Putin’s former son-in-law.

Currently the state can freeze assets of people subject to sanctions, but cannot take possession of them without compensation.

Veteran Tory MP Sir Roger Gale has joined calls to seize Russian oligarchs’ assets, saying ‘other countries are doing it better than we are’.

Adding that the UK should move ‘hard and fast’ with sanctions, Sir Roger said: ‘It does seem to me that you don’t say we are going to punish you and give people however many days it is to move their assets.