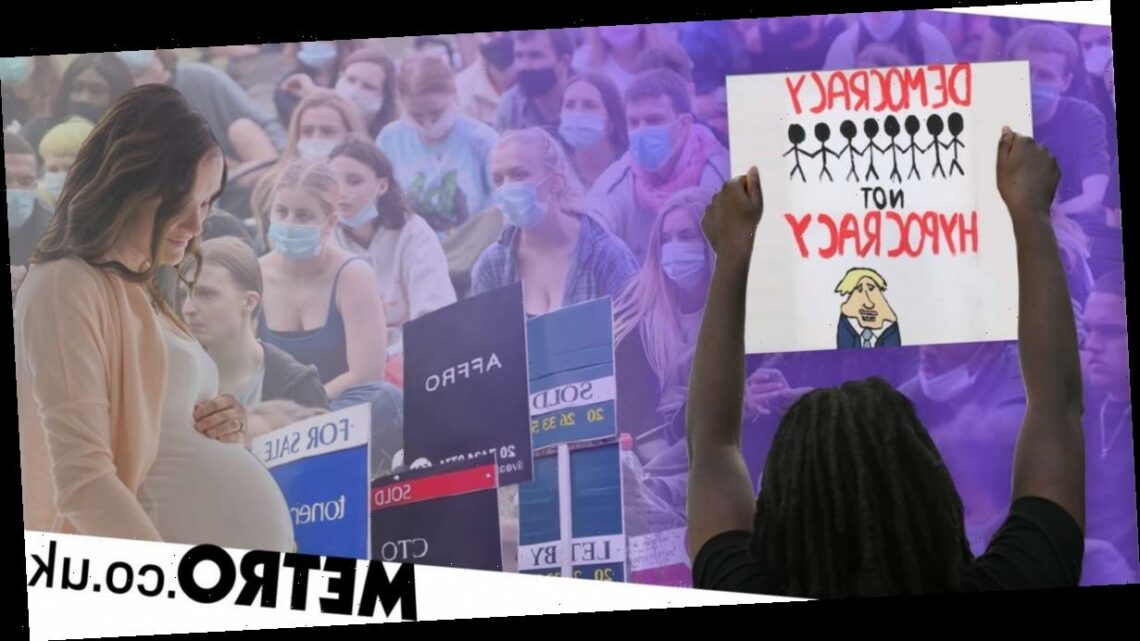 Millennials are losing faith in democracy all over the world

Young people across the globe are more disillusioned with democracy than any other generation in living memory, a new study has claimed.

Researchers say millennials are less satisfied with democratic systems than any generation of comparable age in living memory, research suggests.

Cambridge University’s Centre for the Future of Democracy looked at data from around five million people in 160 nations over almost half a century and found that those born between 1981 and 1996 are unhappy with the system. It added that millennials are less satisfied with the performance of democracy than previous generations were when they were in their 20s and 30s.

Lead author Dr Roberto Foa said: ‘This is the first generation in living memory to have a global majority who are dissatisfied with the way democracy works while in their 20s and 30s.

‘By their mid-thirties, 55% of global millennials say they are dissatisfied with democracy, whereas under half of Generation X felt the same way at that age.’

Dr Foa, from Cambridge’s Department of Politics and International Studies, continued: ‘The majority of baby boomers, now in their sixties and seventies, continue to report satisfaction with democracy, as did the interwar generation.’

Debt, low home ownership and hard work not being seen to pay off have been blamed for the trend.

The study indicated that young people are most positive about democracy under populist leaders from both the left and right.

But the ‘major exception’ is the presidency of Donald Trump, in the US, according to the research.

In the UK, 54% of 30-year-olds from the interwar generation reported satisfaction with British democracy in 1973.

Yet fewer than half (48%) of UK millennials who turned 30 in the last ten years felt satisfied with democracy as they entered their fourth decade.

Globally, as the first millennials began university at the turn of the century, satisfaction with democracy was higher than in their parents’ generation.

It fell sharply following the financial crisis of 2008, with millennials losing faith harder and faster than older generations.

Dr Foa explained: ‘Higher debt burdens, lower odds of owning a home, greater challenges in starting a family, and reliance upon inherited wealth rather than hard work and talent to succeed, are all contributors to youth discontent.’

In the emerging democracies of Latin America, Africa and southern Europe, researchers found ‘transition fatigue’ – marked drops in satisfaction after 25 years of democracy, as generations who do not remember dictatorships and fights for political freedom come of age.

Dr Foa added: ‘This democratic disconnect is not a given, but the result of democracies failing to deliver outcomes that matter for young people in recent decades, from jobs and life chances to addressing inequality and climate change.’

In western democracies, 41% of millennials agree that you can ‘tell if a person is good or bad if you know their politics’, compared with 30% of voters over the age of 35, according to the research.