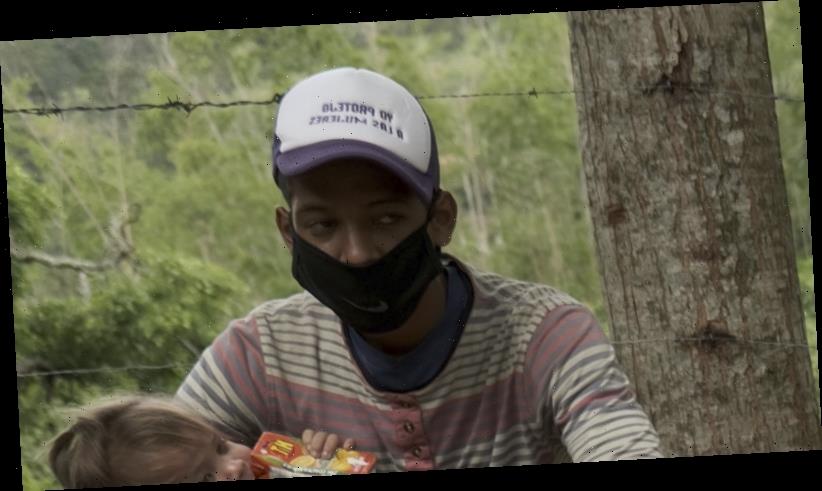 Caracas: At least fourteen people believed to have travelled from Venezuela to Trinidad and Tobago have been found dead in waters near the South American nation's coast, Venezuelan authorities said, hours after Trinidad and Tobago confirmed the first bodies being found.

At least 40,000 Venezuelans live in Trinidad and Tobago, the majority fleeing their country's economic crisis, unemployment and lack of basic public services, often travelling in small rickety boats above their capacity, with limited supplies of fuel and food. 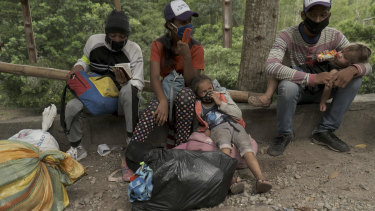 Venezuelan migrants rest as they walk from the Venezuelan border to Pamplona in Colombia. Venezuelans have emigrated by their thousands, risking life and belongings to build a better life elsewhere in South and North America.Credit:AP

Last year, at least two ships that set off from Venezuela en route to the archipelago disappeared at sea.

The bodies were found on Saturday, 7 nautical miles off the Venezuelan coastal town of Guiria, the Venezuela government statement said.

It added that the first 11 bodies appeared late on Saturday afternoon, while the bodies of two men and one woman appeared on Sunday. No one has come forward to formally report the disappearances, it said.

Venezuelan authorities are investigating, the statement added, and they have not ruled out the possible involvement of criminal groups in the Guiria area.

Trinidad and Tobago's statement said preliminary information suggested the lives lost could be related to a boat that left Guiria, in the northeast of Sucre state, on Dec. 6 with more than 20 people on board who have not been seen or heard from since.

Omalirves, who did not provide her last name, said she had warned her friend Noebis Aspudillo, 27, who had been a passenger on the boat, about the precarious journey. Aspudillo had gotten increasingly desperate during the pandemic, Omalirves said, after she was laid off from the bread shop where she worked and her mother's heart condition got increasingly severe.

Venezuela's prosecutor's office did not immediately respond to a request for comment.

Trinidad and Tobago's coast guard said it had not intercepted any vessels in the past week leaving from Guiria and that authorities were working with Venezuela in a joint search effort.