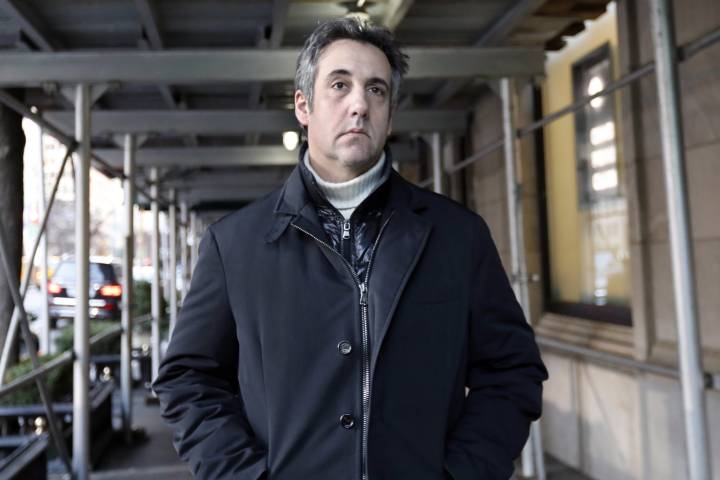 Cohen, who has been cooperating with U.S. Special Counsel Robert Mueller’s probe into possible collusion between Russia and Trump’s 2016 election campaign, pleaded guilty to the charges in August in New York. He also pleaded guilty to lying to Congress in a separate case handled by Mueller.

In a separate filing, Mueller’s office said on Friday that it would not take a position on Cohen‘s sentencing, scheduled for next Wednesday.

It noted that Cohen cooperated with its probe but described his lies to Congress about his efforts to build a Trump skyscraper in Moscow as “deliberate and premeditated.”

Mueller said Cohen continued to work on the Moscow project and discuss it with Trump well into the 2016 presidential campaign.

Mueller said Cohen‘s untruthfullness about the project “was material” to its ongoing investigations “particularly because it occurred at a time of sustained efforts by the Russian government to interfere with the U.S. presidential election.”

The federal prosecutors in the New York case described Cohen in their filing as being motivated by “personal greed” and said he “repeatedly used his power and influence for deceptive ends” in pressing the judge to reject Cohen‘s request he be spared prison.

They said Cohen should receive some credit for his cooperation with Mueller, but noted that he had not entered into a cooperation agreement with their office. They said his sentence should reflect a “modest” reduction from the four to five years they said federal guidelines would suggest.

Cohen is scheduled to be sentenced next Wednesday by U.S. District Judge William Pauley in Manhattan on all of the charges to which he pleaded guilty, including his admission of lying to Congress which was handled by Mueller’s office. Cohen‘s lawyers have asked that he receive no jail time, saying he has cooperated extensively with Mueller and New York prosecutors and has taken responsibility for his actions.

Mueller is also scheduled on Friday to submit details about alleged lies by Trump’s former campaign chairman, Paul Manafort, to investigators, in a separate case in a federal court in Washington.

Mueller accused Manafort last month of breaching a plea bargain agreement by lying to his prosecutors.

Manafort, who maintains he has been truthful with Mueller, managed Trump’s campaign for three months in 2016.

The Mueller probe has infuriated Trump, who has regularly issued tweets criticizing the special counsel and his team.

The president has denied any collusion between his campaign and Russia, and accuses Mueller’s prosecutors of pressuring his former aides to lie about him, his election campaign and his business dealings. Russia has denied meddling in the 2016 U.S. election.

The president has called Cohen a liar and “weak person.”

In new tweets on Friday, Trump again questioned prosecutors and accused federal investigators and senior officials of having conflicts of interest, without offering any evidence.

Trump said his lawyer, former New York City Mayor Rudy Giuliani, would release a response to the report that Mueller is expected to finalize in the coming months.

“We will be doing a major Counter Report to the Mueller Report,” Trump tweeted.

Representatives for the U.S. Justice Department and Mueller’s office declined to comment on Trump’s tweets.

FBI agent hospitalized after being shot in New York; two suspects in custody