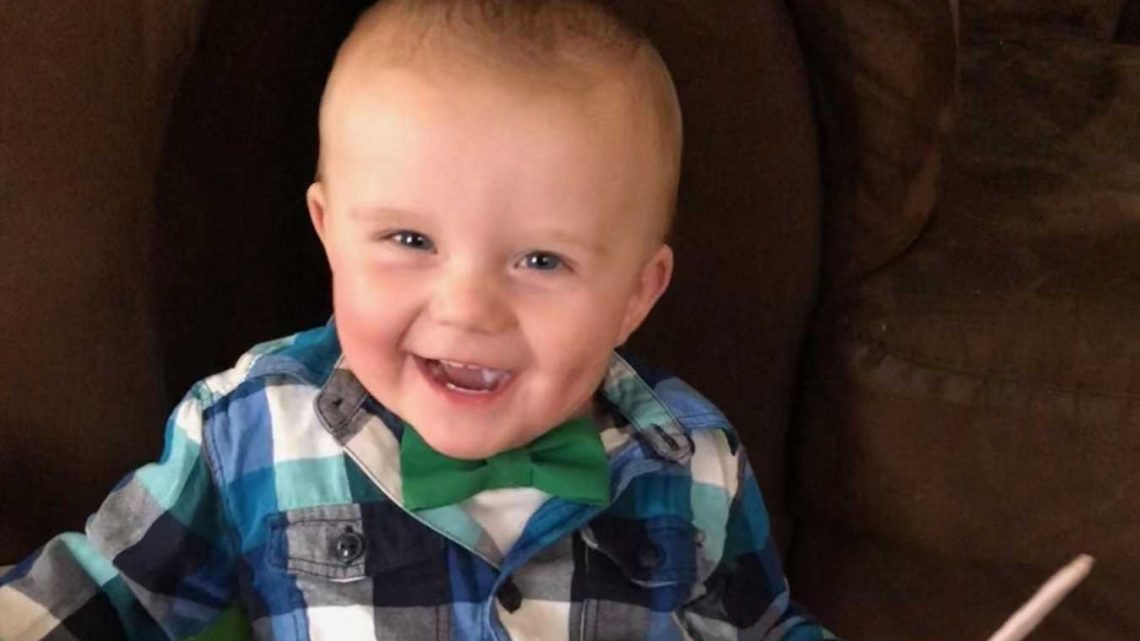 A 2-year-old Michigan boy is fighting for his life after his father allegedly shot him in the face with a shotgun intentionally during an argument with the child’s mother, say prosecutors.

Michael Glance, 32, of Blackman Township is charged with three counts of assault with intent to murder and felony firearms, Mlive.com reports.

He is being held on a $10 million bond, the Detroit Free Press reports.

Glance appeared indifferent during his arraignment via video Thursday, Mlive.com reports. He has not yet entered a plea.

The shooting took place on Tuesday, during a heated argument between Glance and the boy’s mother, Nicole McCarthy, at his home. During the argument, Glance allegedly held a pistol to his son’s head and pulled the trigger, but the gun didn’t go off, Mlive.com reports.

Frantically, McCarthy tried to get the boy away from Glance, grabbing the boy and racing to her car. She was strapping the child into his car seat when Glance allegedly came out of the house with a shotgun, NBC affiliate WILX10 reports.

“He pointed it at him and blew off half of his face,” Jackson County Chief Assistant Prosecuting Attorney Kati Rezmierski said in court, WILX reports. The outlet adds the boy was also shot in the arm.

Glance chased McCarthy and allegedly tried firing the malfunctioning pistol at her before fleeing the scene, WILX reports.

Police quickly tracked him down and arrested him, Mlive.com reports.

The boy was rushed to the hospital and is now listed in critical but stable condition, Mlive.com reports.

The child, who had just celebrated his 2nd birthday the weekend before the shooting, underwent five surgeries in 24 hours to repair his face, hand, arm and lungs, according to a GoFundMe page started for the boy to help with his medical expenses.

He has had had titanium placed in his jaw, the GoFundMe page says, and surgeons have worked to reconstruct his mouth, gums, and nose.

“Ryker now has over 100 stitches in his face post-surgery and is still listed in critical care with a ventilator and feeding tube installed in his stomach,” the GoFundMe page says. “He has a long road of recovery ahead with more surgeries to come.”

McCarthy has been at the hospital with her son since the shooting, her father, Doug McCarthy told Mlive.com.

“Her children are her life,” he said.

“I’m still in shock but thankful for all the support we’re getting,” he told Mlive.com. “I never thought there could be this many people who would want to help someone they never met.”

PEOPLE’s calls to the Jackson County sheriff’s and prosecutor’s office were not immediately returned.