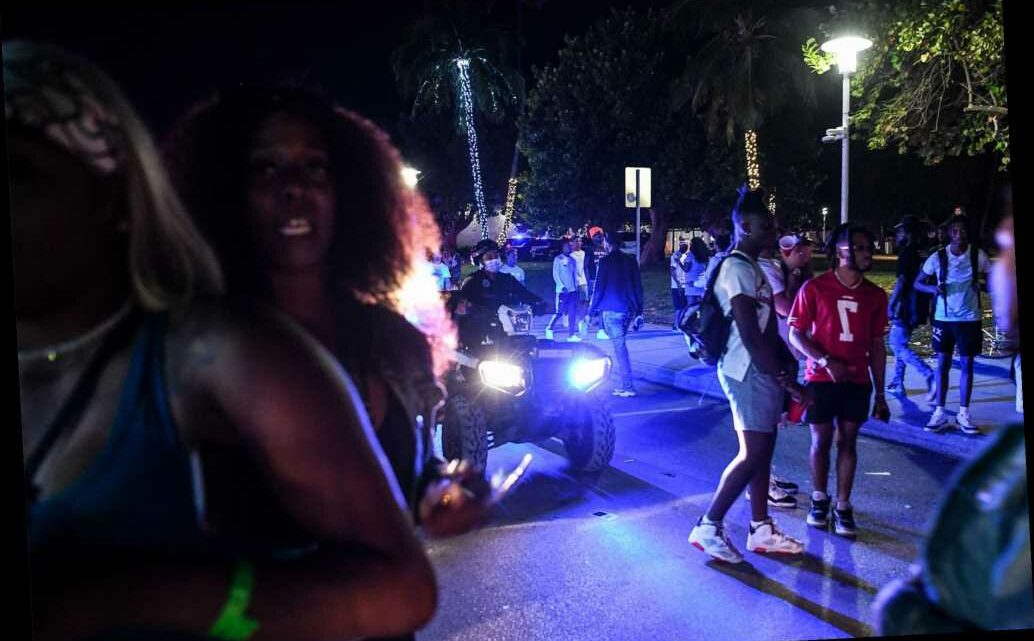 This university will pay students to not travel for spring break

Miami Beach police are cracking down rowdy spring breakers after days of out-of-control parties in the seaside city that have included violence and drunken debauchery.

Mayor Dan Gelber said tens of thousands of visitors have overrun the Miami Beach Entertainment District — and the city will now step up police enforcement to curtail the behavior, according to WTVJ.

The city is reportedly bringing in officers from nearby Miami to help manage the situation.

“If you have 50 or a 100,000 people coming there and just half of 1 percent are rowdy or drunk or high to the point where they need to be controlled, it becomes a situation which is truly chaotic and unmanageable,” Gelber reportedly said in a virtual city commission meeting Wednesday.

About 150 partiers were arrested over the weekend, and a man was shot and killed on Monday, according to the South Florida NBC affiliate.

“It has felt at times like this city is under a level of siege simply from the volume of people that are coming,” Gelber said, according to the station.

The mayor ripped the reckless revelers, telling USA Today they “seem to have forgotten that there’s a pandemic.”

Gelber claimed the city is flooded with visitors ignoring safety protocols, and worried that the maskless mayhem could lead to a spike in infections, just after they plateaued.

“We’ve got too many people, too many coming with a desire to go wild, and we have the virus … It really poses a multifaceted peril for us,” he told the paper.

But not everyone wants the party to stop.

“So now we are really busy in this season, so all the business, we are hiring more people, because we need more workers for the business,” Infantes said.

“I do personally because I travel a lot, I mean it’s a different atmosphere but I don’t think it’s unsafe,” Rylan Brickhouse, a spring break visitor from Texas, reportedly said.

Some natives of the party town had a different opinion.

“Please immediately block off the residential neighborhoods to protect from what’s happening in the surrounding areas,” Robin Andras reportedly said during the public comment period of the virtual meeting.

The South Florida revelry is not just confined to South Beach.

One Fort Lauderdale hotspot said last week it would not serve out-of-state college students during spring break after being cited three times in one day in November for flouting pandemic safety measures.

Last weekend, the US saw the highest amount of air travelers since the pandemic began as college students descended on sandy beaches across the South for the celebration.

Nearly 3,800 hate incidents against Asian-Americans in 2020