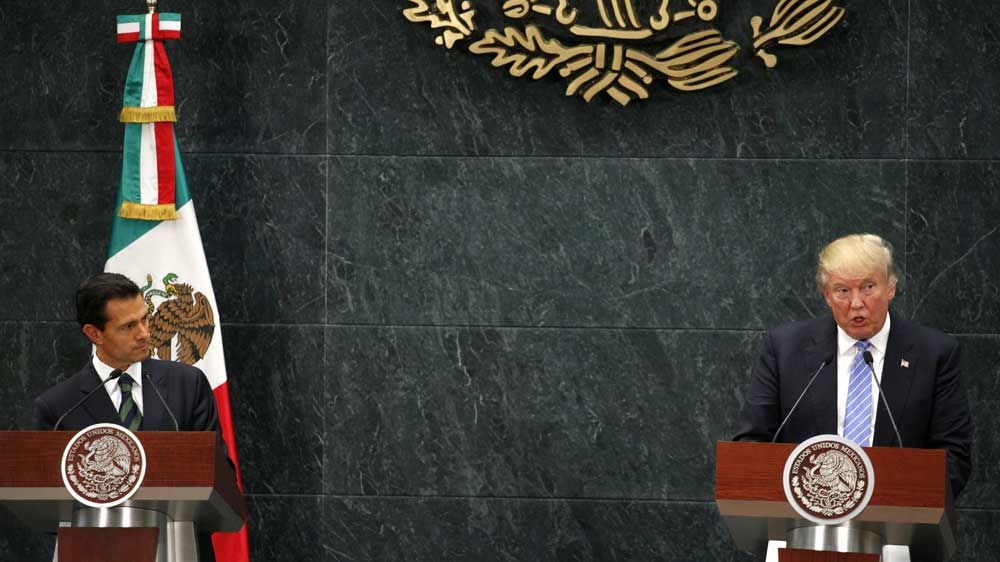 Mexico cancels US visit after 'heated call' on border wall

President Pena Nieto and his US counterpart, Trump, refuse to compromise on who will pay for wall on US-Mexico border. 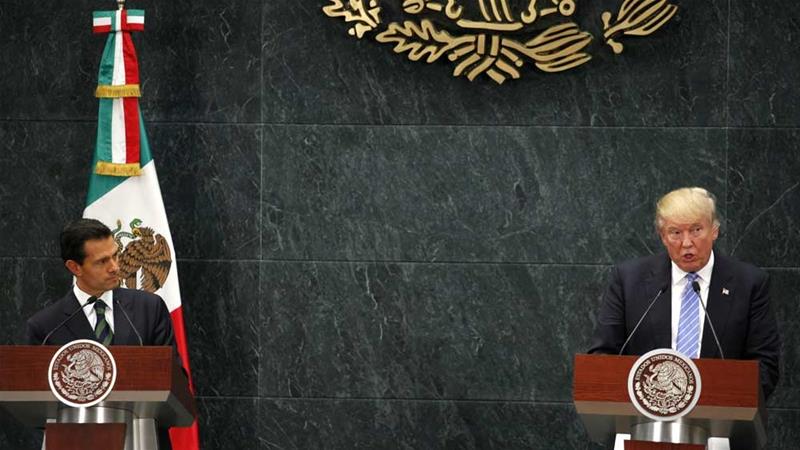 A planned visit by Mexican President Enrique Pena Nieto to the White House has been called off after a heated phone exchange with US President Donald Trump, US media reported.

The Mexican leader was planning his first official visit – either this month or early March – to Washington since President Trump’s inauguration, but it fell through on Saturday after their failure to find common ground on a long-standing dispute over Trump’s proposed border wall.

“The two leaders agreed now was not the immediate right time for a visit but that they would have their teams continue to talk and work together,” Reuters news agency quoted a senior US official as saying.

The phone conversation – which reportedly lasted about 50 minutes – came to a halt when Pena Nieto pushed for public recognition of Mexico’s refusal to pay for the wall.

According to the Washington Post, US officials said Trump grew frustrated with Pena Nieto’s refusal to recognise the centrality of the wall to his campaign promises.

President Pena Nieto is himself looking to bolster his credentials in advance of his country’s presidential elections set to take place in July.

This is the second time a meeting between the two leaders has been cancelled.

Pena Nieto was scheduled to meet Trump shortly after the latter had taken office in January 2017 but pulled back in response to a tweet lamenting any such meeting as futile if Mexico was “unwilling to pay for the badly needed wall”.

The wall’s funding has been the subject of endless debate with Trump vowing to make the southern neighbour pay for its construction.

Trump had previously hinted at the possibility of imposing an import tax on Mexican goods entering the country as a way to generate funding for the wall.

The latest Trump budget includes an estimated $25bn dedicated to border security, the vast majority of which will be channelled towards to the erection of the wall.