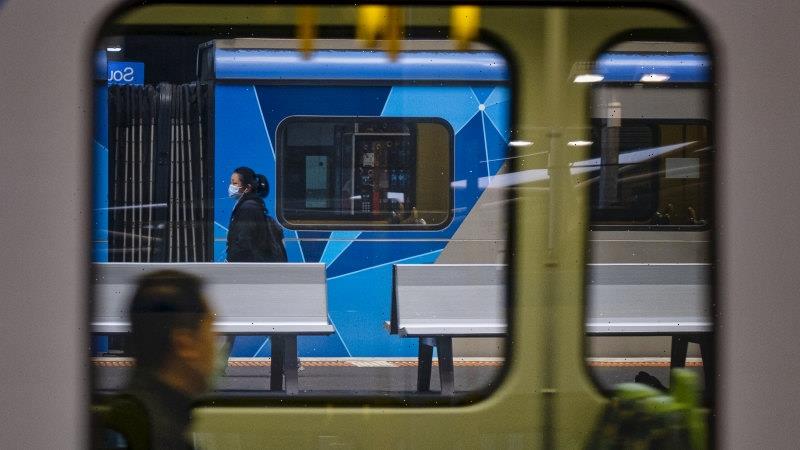 Metro Trains feared it would not have enough drivers or other workers to operate its Melbourne rail network last year because such large numbers had refused to get vaccinated against COVID-19.

The rail operator’s concerns have been revealed after 14 former employees lost an unfair dismissal case seen before the Fair Work Commission that challenged their termination for refusing to get a COVID-19 jab. 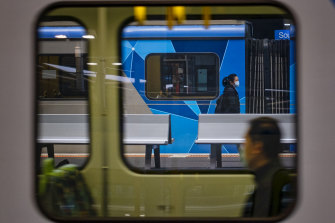 Metro employees had been given until October 15 last year to get vaccinated or risk being fired.Credit:Luis Ascui

Premier Daniel Andrews announced on October 1 last year that some essential workers, including Metro employees, needed to be vaccinated by October 15 to continue attending work.

The tribunal heard that by October 15, more than 8 per cent of train drivers, 7 per cent of station staff and 18.5 per cent of structure inspectors – who conduct planning and safety work – had not proved they were vaccinated.

The tribunal heard that Metro was “concerned at the operational impact of employee absences”, particularly because the premier had flagged the vaccine mandate would remain in place through 2022 and possibly into 2023.

“Metro Trains reached a view that it could not operationally support the absence of staff who did not wish to be vaccinated for an extended period,” Fair Work Commissioner Michelle Bissett wrote in her ruling, published last week.

“Metro Trains needed to plan for how it would deliver on its operational requirements.”

Metro told the commission it did not consider it practical to recruit and train staff to cover for the unvaccinated employees because that would “create an excess staff situation” when the mandate expired and the unvaccinated workers returned to work.

Metro told unvaccinated employees they would probably be fired if they did not submit a vaccine certificate by November 5. It sacked 13 of the workers on November 30 and the final worker on February 21.

The workers argued to the tribunal that they had been “discriminated against” and that the vaccine mandate breached the Fair Work Act by “making it a requirement to undergo a highly dangerous, completely ineffective medical procedure in order to enter the workplace”.

Metro submitted that it was entitled to fire the 14 workers because they could no longer perform their jobs without being vaccinated and had refused to comply with a lawful and reasonable direction.

The dismissed workers argued that Metro had failed to respond to their questions before it sacked them.

However, Bissett agreed with Metro that it was not its role to provide medical or legal advice about the effectiveness of COVID-19 vaccines, constitutional matters, or the Nuremberg Code, which is a set of principles intended to guide ethical human experimentation.

Bissett ruled that Metro was entitled to fire the workers and had done so fairly, noting that it was acting under government health orders by enforcing the jab mandate.

“Metro Trains cannot be found to be at fault because it refused to breach the law,” she wrote.