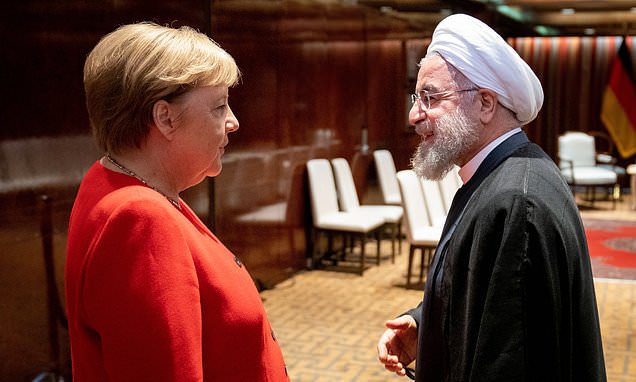 Germany and France held separate talks with Iran at the United Nations as US President Donald Trump accused Tehran of attacking a Saudi oil terminal.

Mrs Merkel told reporters in New York that it was ‘unrealistic’ to believe that US sanctions would be removed ahead of new talks with the Gulf state. 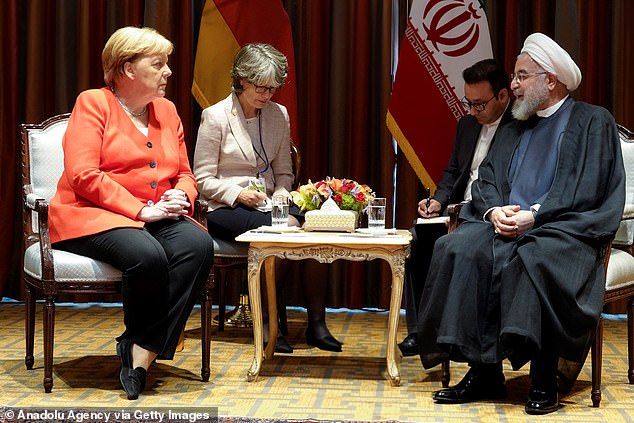 German Chancellor Angela Merkel, left, met today with Iranian President  Hassan Rouhani, right, on the fringes of the UN General Assembly in New York. Mrs Merkel said it was her intention to attempt to restart talks between Washington and Tehran which stalled since US President Donald Trump decided to unilaterally ignore a nuclear inspection deal 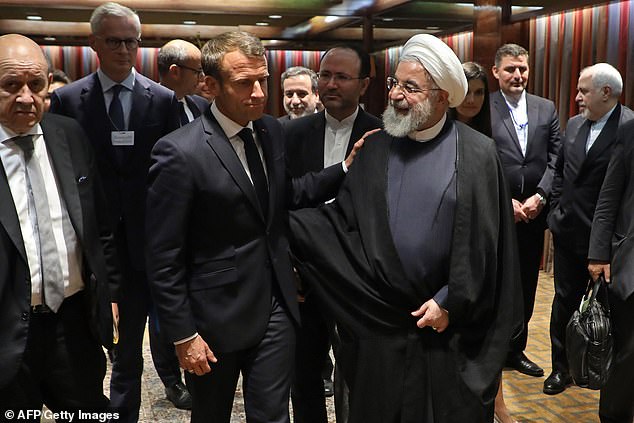 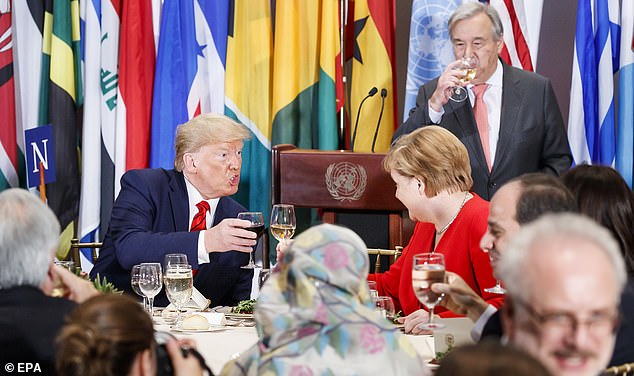 Mrs Merkel, right, also met with US president Donald Trump, left, at a lunch for heads of state today at the United Nations in New York

She said: ‘I would naturally be happy if there were talks between the United States and Iran.’

Trump, addressing the General Assembly, threatened to impose even more sanctions on Iran after it was accused of carrying out an attack on Saudi Arabia’s oil infrastructure.

French President Emmanuel Macron and Japanese Prime Minister Shinzo Abe are also meeting with both leaders as part of an international push to defuse tensions.

Trump last year bolted from an international accord on Iran’s nuclear program and infuriated the clerical regime by unilaterally trying to end all of its oil exports.

The US President denounced Iran’s ‘bloodlust’ and said ‘America knows that while anyone can make war, only the most courageous can choose peace.’

He claimed: ‘All nations have a duty to act. No responsible government should subsidize Iran’s bloodlust. As long as Iran’s menacing behavior continues, sanctions will not be lifted, they will be tightened.’ 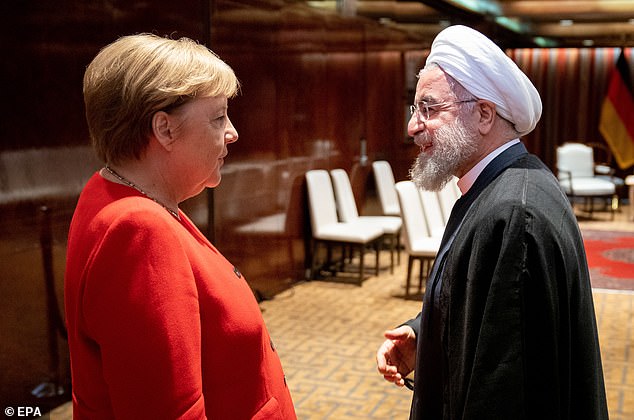 President Rouhani did not attend the General Assembly to witness Trump’s speech.

President Macron attempted to restart possible talks between Washington and Tehran to diffuse tensions in the Persian Gulf.

He said: ‘The attacks on Saudi Arabia have changed the situation. Today the risk is (that things) flare up because of a miscalculation or a disproportionate response.’

However, President Trump has  tightened economic sanctions on Iran and ordered more U.S. troops to Saudi Arabia and the United Arab Emirates in a show of support for those U.S. allies in the tense region.

He added: ‘America is ready to embrace friendship to all who genuinely seek peace and respect. The United States has never believed in permanent enemies. We want partners, not adversaries.’