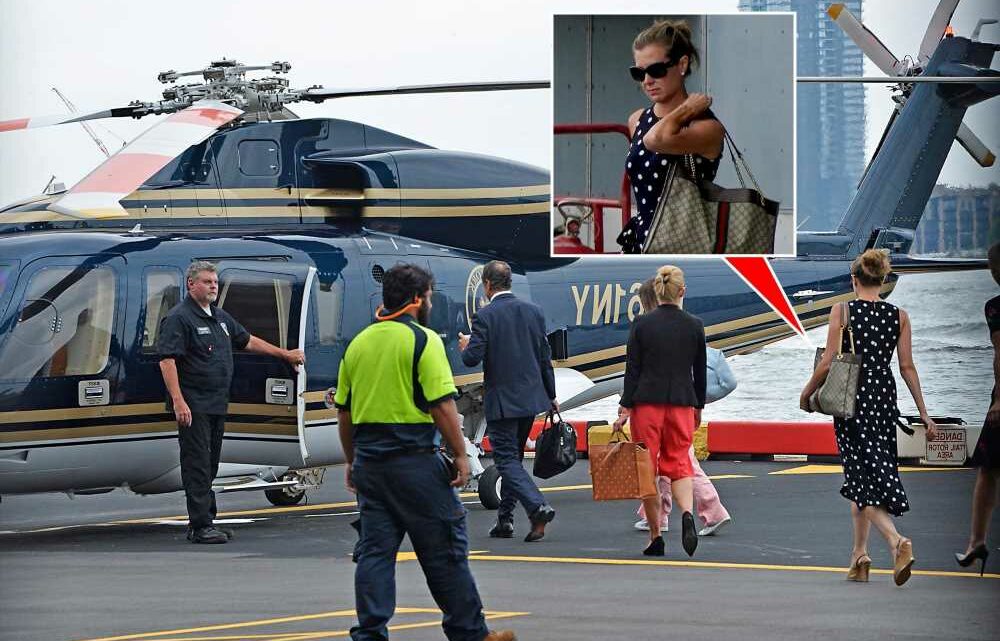 Melissa DeRosa spotted boarding helicopter with Cuomo after his resignation

Gov. Andrew Cuomo’s “enabler-in-chief” Melissa DeRosa was spotted by his side Tuesday as he left his Manhattan office after announcing his resignation.

DeRosa, who resigned from her role as secretary to the governor on Sunday, was spotted walking with Cuomo, his daughter Michaela Kennedy-Cuomo and his office director Stephanie Benton as they prepared to board a helicopter out of the city.

Dressed in a navy blue, polka dot dress, sunglasses and her signature Gucci bag, it’s the first time DeRosa has been seen publicly since saying she was stepping down from the state’s highest-ranking appointed position.

The Cuomo loyalist, 38, didn’t note in her resignation statement when her last day was but the New York Times reported it’s timed with Cuomo’s own resignation and will take effect in 14 days.

DeRosa has been facing public excoriation ever since Attorney General Letitia James revealed she played an active role in discrediting and dismissing the women who said they were sexually harassed by the governor.

She’s yet to address her role in the scandal or speak about her resignation.