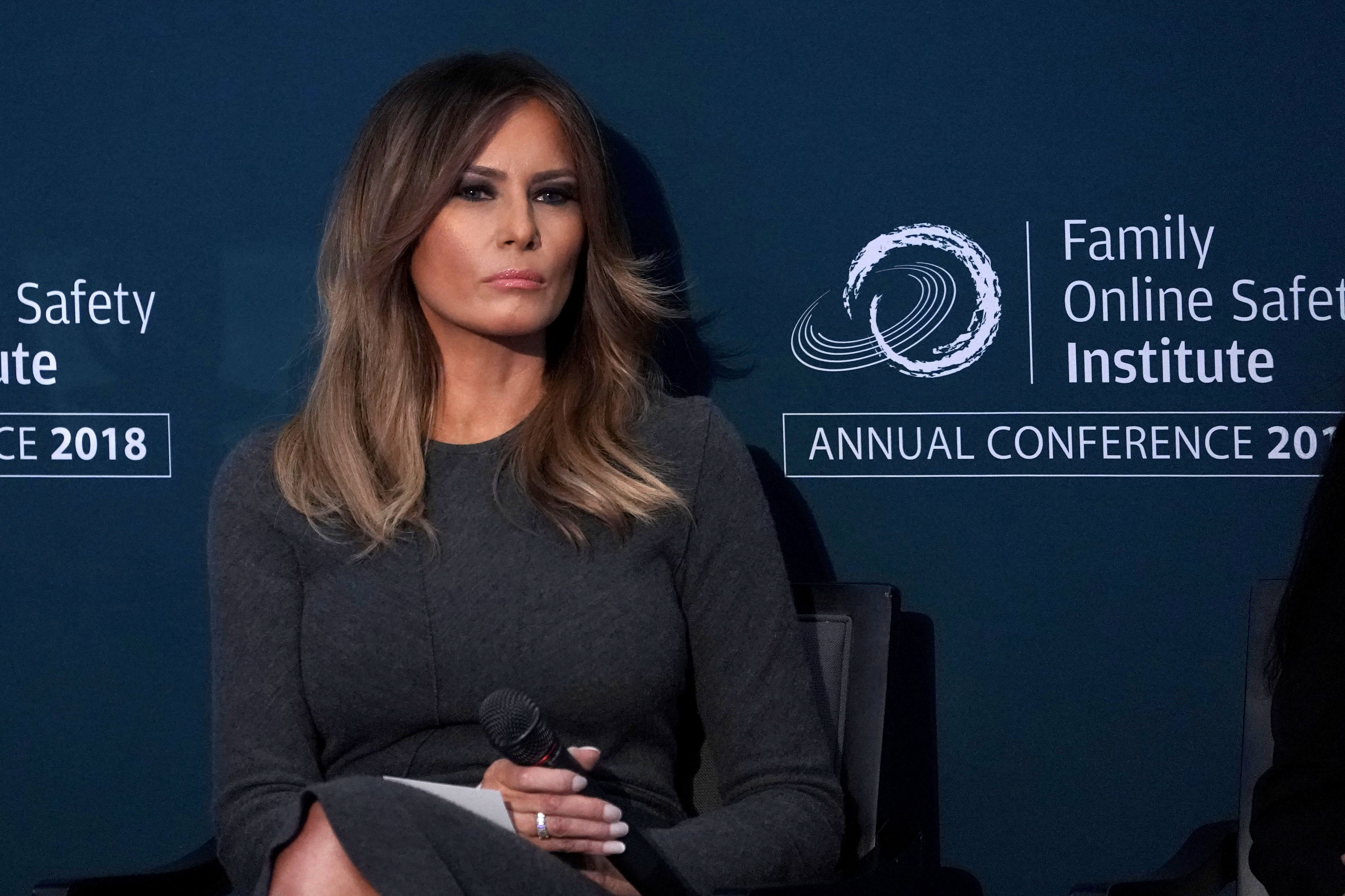 Melania blasts ‘opportunists,’ says media focuses too much on ‘nonsense’

Melania Trump on Wednesday blasted so-called “opportunists,” like journalists and writers, who she claims are trying to make a name for themselves by using her family.

The hardest part of being in the White House are “the opportunists who are using my name or my family name to advance themselves from comedians, to journalists, to performers, book writers…,” the first lady told Sean Hannity in a sit-down interview aboard the USS George HW Bush aircraft carrier that aired on Fox News.

The former model said the media too often focuses on the “gossip” and “nonsense” while she wishes they would hone in on “the substance and what we do.”

“I know I will get the criticism — from the public or from the media — but I will do what is right and what I feel is right for the country and for the people.”

“That’s why I say I want to stay true to myself and listen to myself and what to do and what is right, what is wrong and live a meaningful life every day,” Trump said.

But that includes telling her husband when she doesn’t agree with him — or his tone, the first lady said.

“I don’t agree with his tone sometimes, and tell him that… I said to him, I don’t think you need to be that out,” Trump said. “On the end, it’s his decision. He knows the consequences. He’s an adult. But he’s a fighter. He’s the fighter.”

“He’s fighting for America and the American people every day,” she added.

The sit-down was the second televised interview Trump has granted since her husband’s election. Earlier in the day, Trump met with service members and their families at Washington’s Joint Base Anacostia — Bolling and Joint Base Langley — Eustis in Hampton, Va.

Who left The Apprentice last night and which candidates have been fired so far?
World News