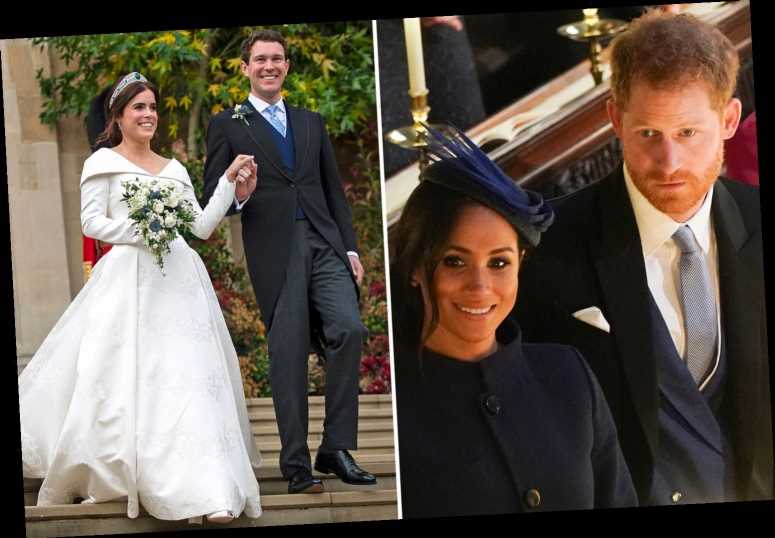 MEGHAN Markle “embarrassed” Prince Harry by announcing that she was pregnant on Princess Eugenie’s wedding day, an explosive new book has claimed.

The Duchess of Sussex allegedly told the Royal Family that she was pregnant with the pair’s first child at the nuptials in October 2018. 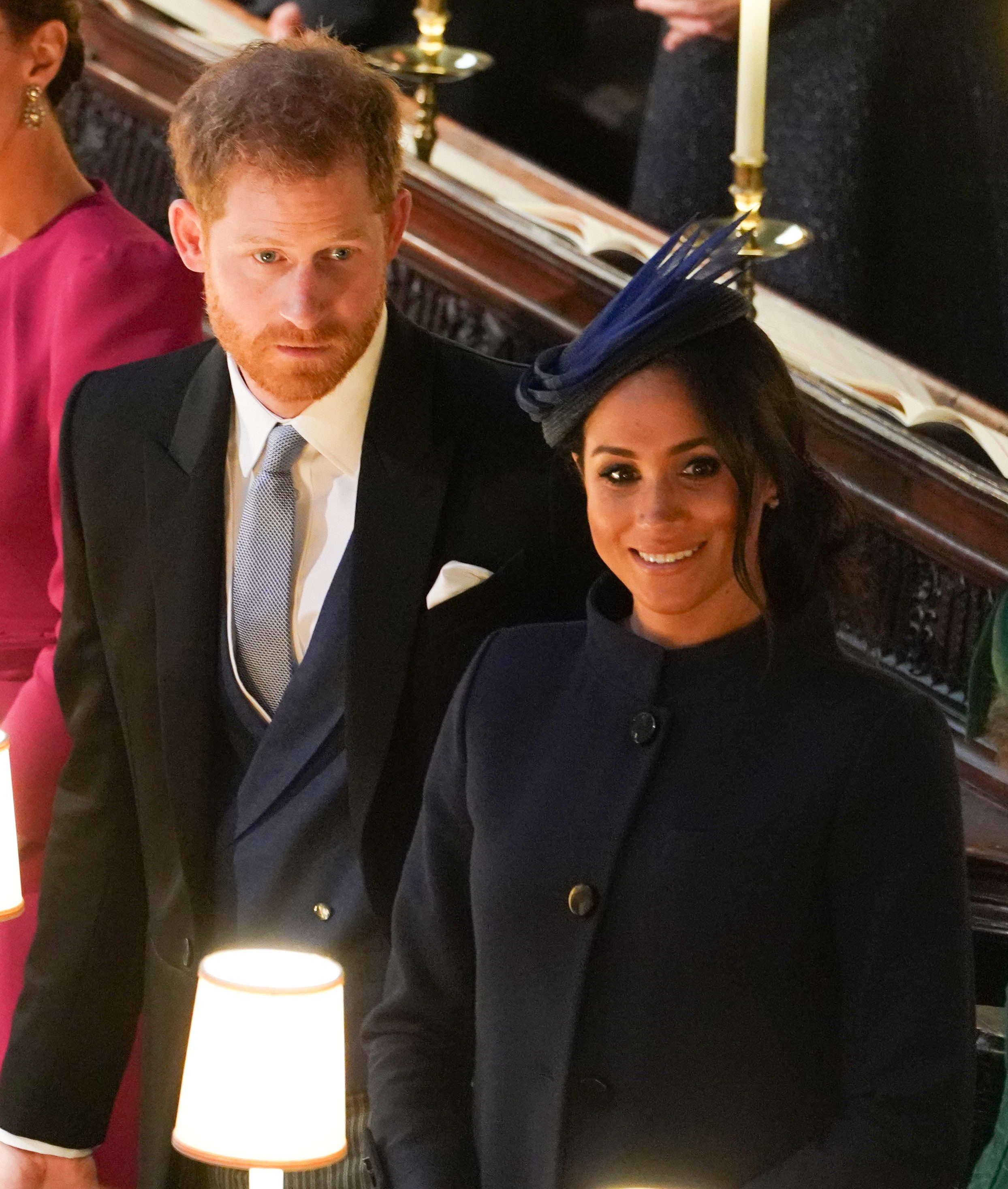 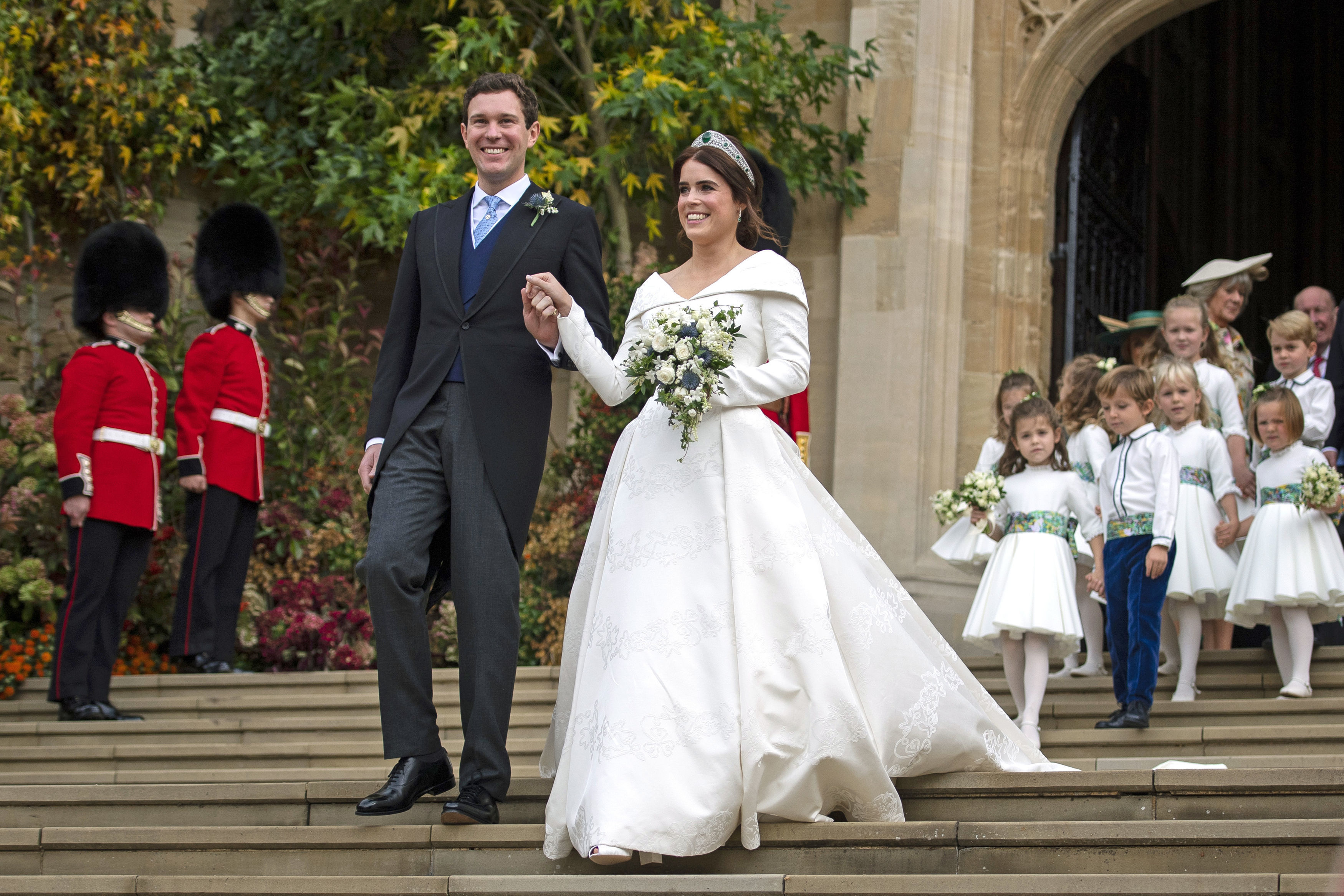 The Duke of Sussex was reportedly left reeling when his wife made the announcement at Princess Eugenie’s Windsor wedding to Jack Brooksbank on October 12.

In their new book Royals at War, authors Andy Tillett and Dylan Howard claimed Eugenie and her mother Sarah Ferguson were “furious” at Meghan's decision.

“Meghan put her foot in it when she decided that it would be the ideal moment to announce that she and Harry were expecting their first child,” the pair wrote.

“This was a huge social gaffe, even if you were not a royal – stealing the limelight from Eugenie, who was furious, as was her mother, Sarah.”

Royal sources have previously denied that the Duke and Duchess of Sussex announced the pregnancy at Princess Eugenie’s wedding.

According to Bazaar.com, Harry and Meghan told the Queen and Prince Philip, Prince Charles and the Duchess of Cornwall, Princess Eugenie and Jack before the big day, although it was unclear whether the Duke and Duchess of Cambridge knew.

The public announcement of Meghan’s pregnancy also caused a stir on social media, with Twitter users noticing that Sarah Ferguson tweeted a picture about her daughter’s wedding at the same time.

Harry and Meghan publicly announced that they were expecting their first child the day before embarking on a tour of Australia and New Zealand. 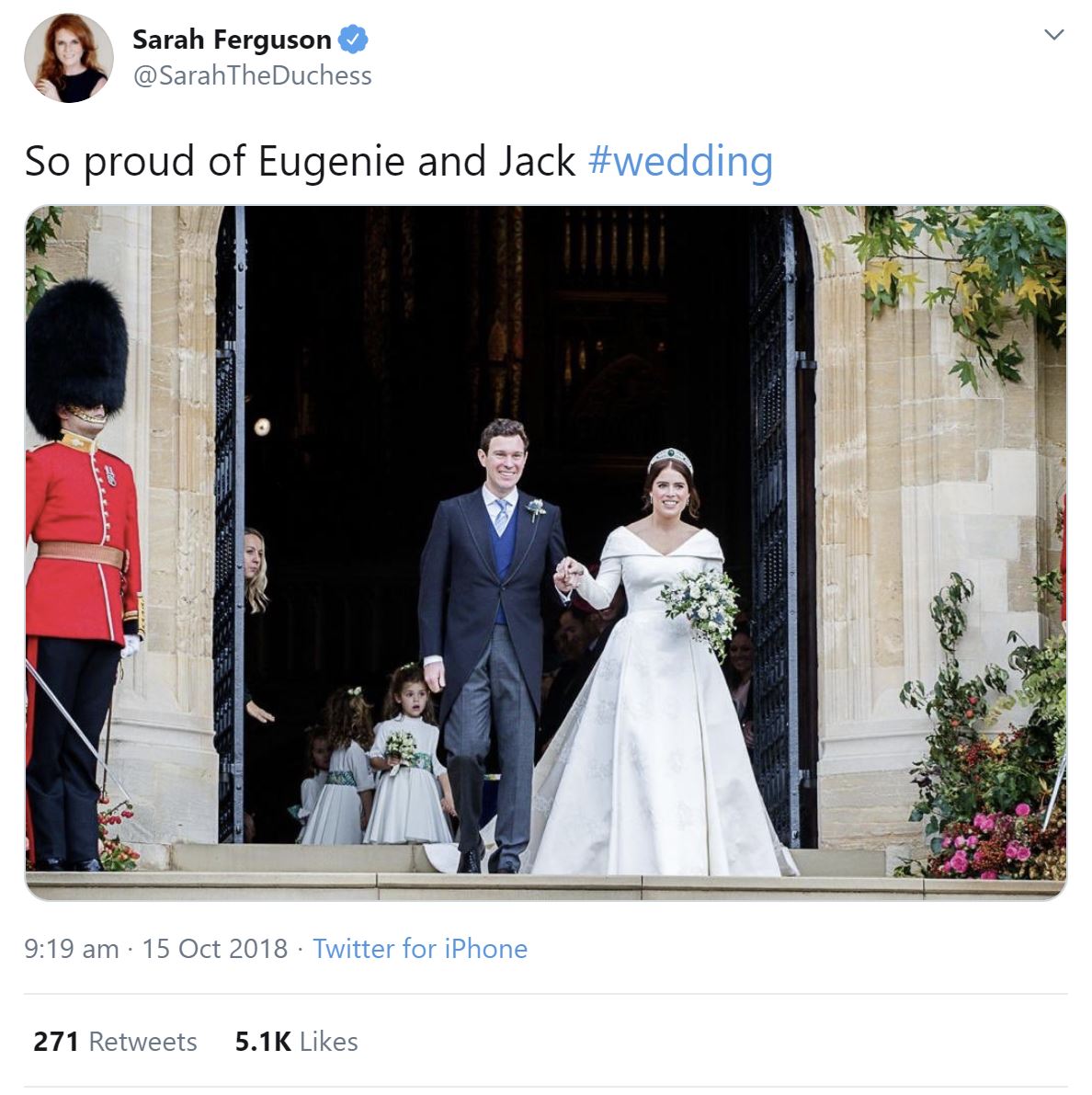 At 8:40am on 15 October 2018, Kensington Palace wrote on Twitter: “Their Royal Highnesses The Duke and Duchess of Sussex are very pleased to announce that The Duchess of Sussex is expecting a baby in the Spring of 2019.”

At the exact same moment, Sarah Ferguson posted a tweet thanking the designer of the dress she wore to Eugenie’s wedding three days before.

She later posted two other photos from the day, saying she was “proud” of her daughter and Jack, but made no mention of Harry and Meghan’s announcement.

The explosive new book has also claimed that Prince Harry is “secretly tortured” over his decision to leave the Royal Family, with the situation made worse by Prince Charles, 71, testing positive for coronavirus.

One source claimed: “On top of it all, he’s got cabin fever.

“It was far from an ideal situation. Harry’s gone from feeling excited about the move to feeling secretly tortured.”

The Prince is said to be missing his family while in lockdown at Tyler Perry’s £14.5m mansion, with it hitting “home for him that Charles and the Queen aren’t going to be around forever”.

An insider said that Meghan is doing her best to support her husband in their new life. 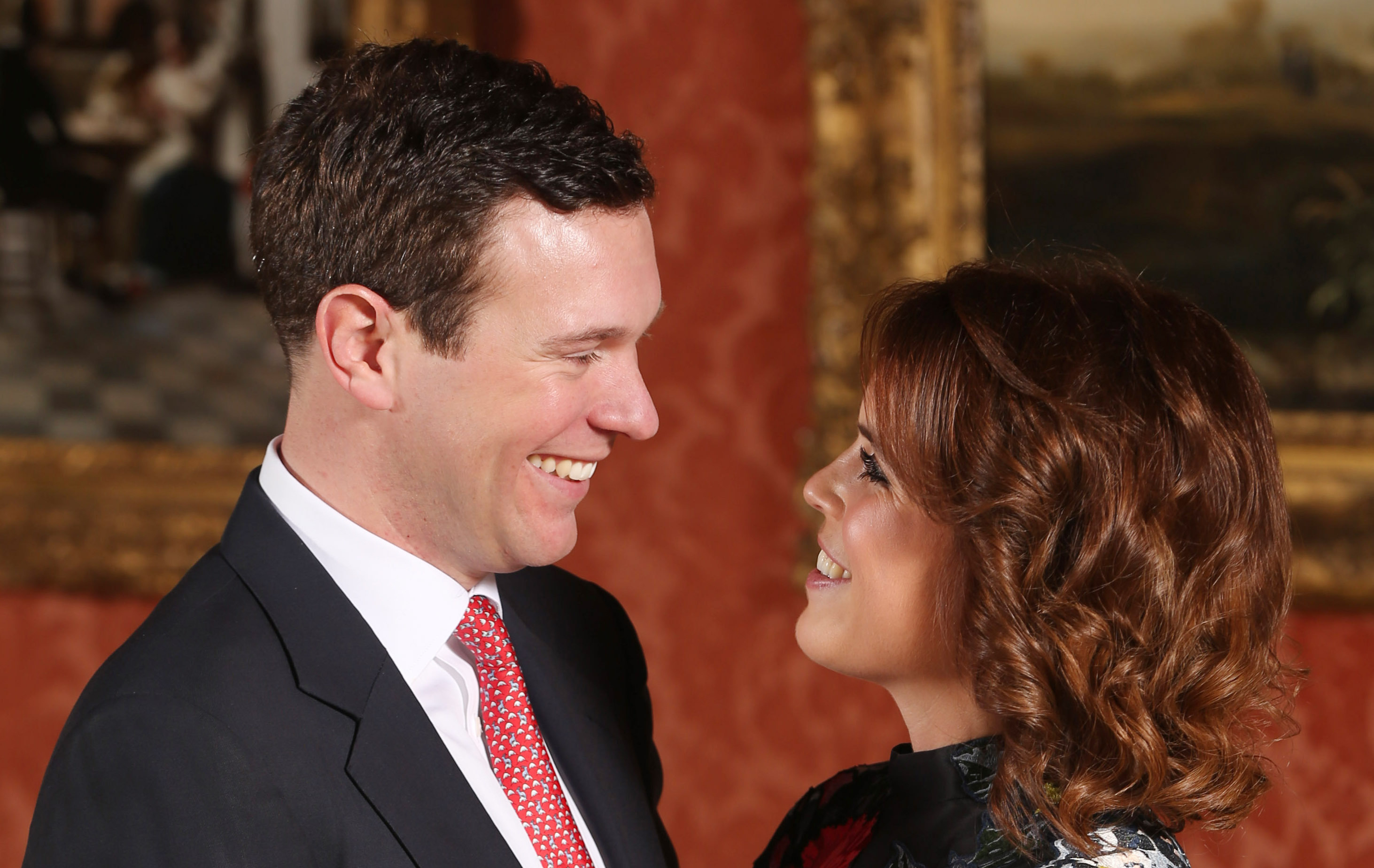 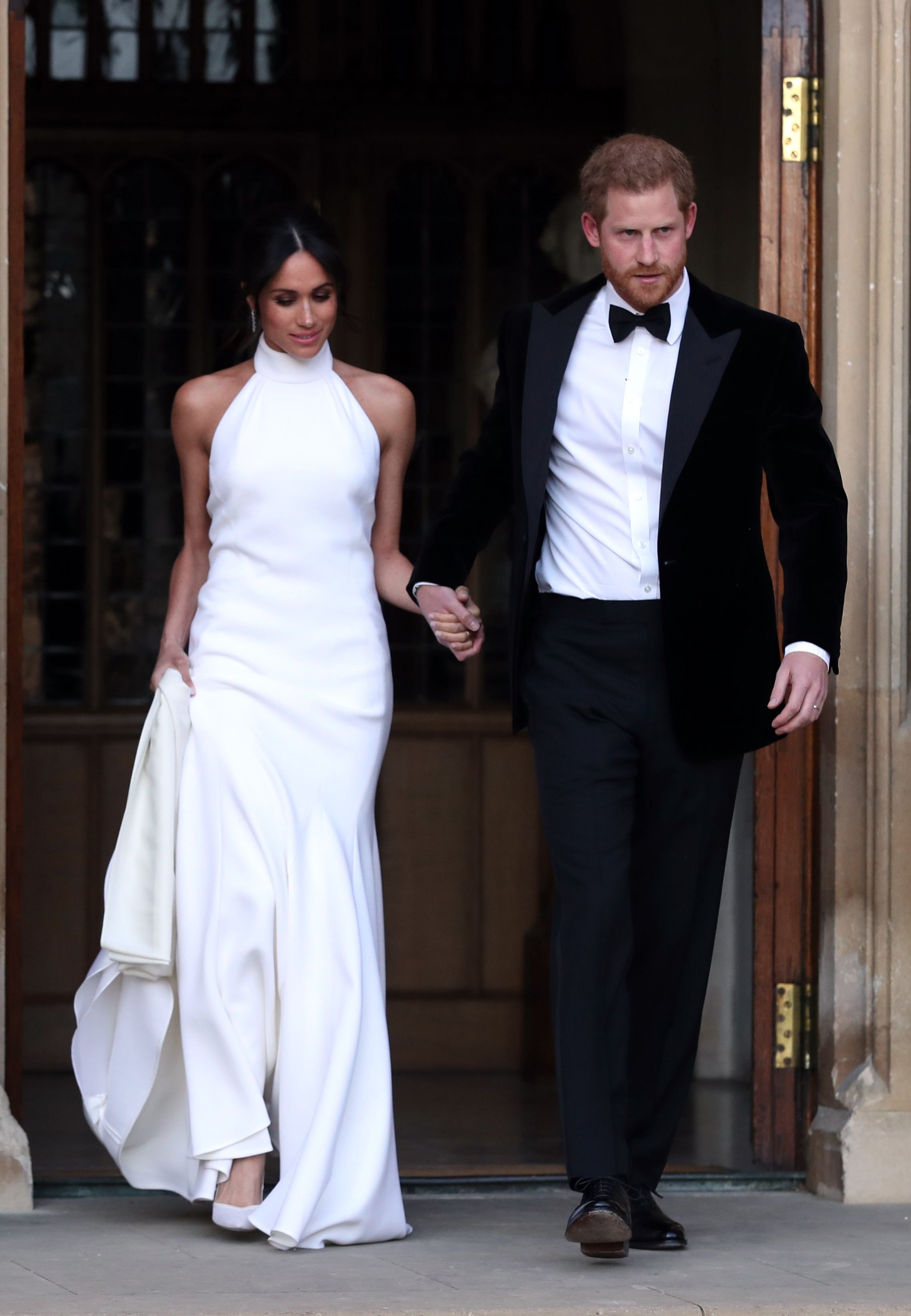