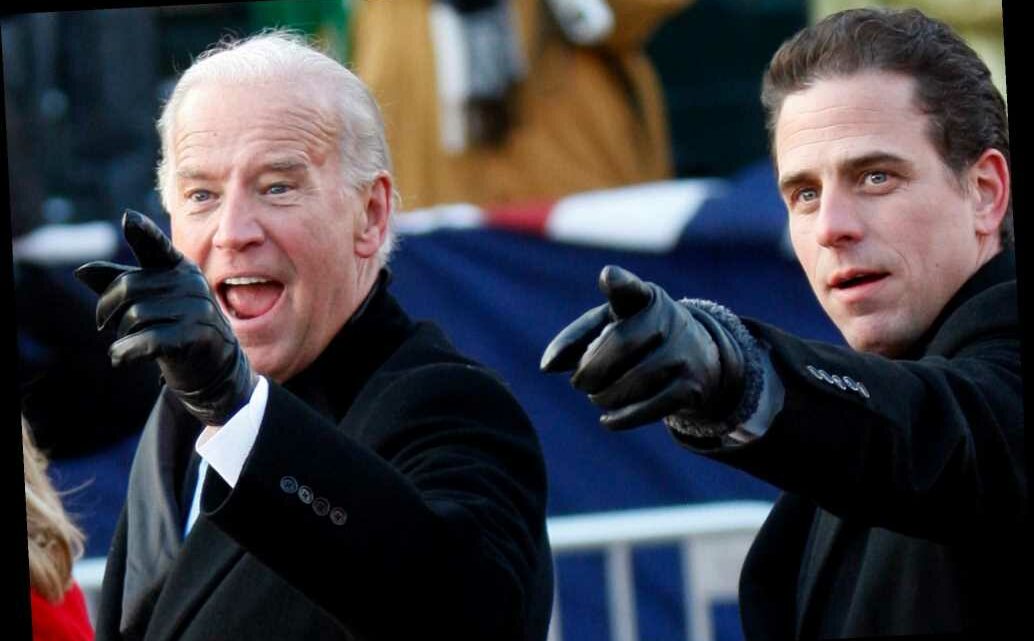 Sportswriter John Feinstein, after legendary basketball coach Bobby Knight alternately called him a pimp and a whore, had a memorable response: “I wish he’d make up his mind so I’d know how to dress!”

Something similar is going on with The Post’s breakthrough reports of the Biden family business secrets. The media Praetorian Guards are throwing up defenses faster than Bobby Knight hurled insults.

One day, The Post is accused of spreading Russian disinformation for reporting on e-mails contained on a laptop belonging to Hunter Biden. The next day, the paper is accused of being cruel because Hunter has obvious dependency and psychological issues.

What’s next — that poor Joe Biden was duped into getting involved in Hunter’s deals because of early-stage dementia?

Oops, can’t go there, at least not yet. That has to wait until he’s sitting in the White House and Donald Trump is banished. Then it will be safe to let the facts come out.

Any port in a storm sailors say, and that’s what we’re witnessing as Big Media and Big Tech unite to protect Joe Biden, a k a the “Big Guy,” from anything resembling the truth. Their desperation is extraordinary when you remember that neither of the Bidens has claimed the laptop and devastating e-mails are fakes. So why is the media making those claims and tech using that as an excuse to censor The Post’s reports?

The usual suspects — The New York Times, CNN and The Washington Post — are shooting the messenger instead of doing their own reporting. If they were even modestly curious, they would learn that Joe Biden was helping his family get rich for years and even participated in setting up plans to partner with a Chinese firm in acquiring American infrastructure projects. That was the deal where Hunter, in e-mails and reportedly in other communications, referred to his father as “the big guy” and “the chairman.”

Protecting Biden while depriving Americans of the truth would seem to be an odd position for reporters, editors and social-media masters who profit from controversy and preen that they have a public trust. “Democracy dies in darkness” the Washington Post says even as it refuses to shine a spotlight on the Bidens’ scams.

In fact, Washington political reporters have an inglorious history of hiding inconvenient truths about presidents. The agreement not to photograph FDR’s crippled legs is one example, the refusal to report the many White House affairs of JFK is another.

All that supposedly ended with Watergate. Afterward, every reporter in America grew up wanting to bring down a president, preferably a Republican one.

Until Barack Obama came along. What can only be described as a tacit agreement among White House reporters and their bosses prohibited any serious inquiries that would damage their favorite president. The see-no-evil cloak would lead Obama to delude himself into boasting that “We’re probably the first administration in modern history that hasn’t had a major scandal in the White House.”

That was never true but a scandal without the press spreading the news is like a tree falling in the forest. If nobody hears it, did it really fall?

In that vein, consider a 2014 scene from the White House briefing room, when ABC’s Jonathan Karl ever-so-politely asked then-press secretary Jay Carney whether Hunter Biden’s seat on the board of Ukranian energy company Burisma amounted to a conflict of interest.

Clearly prepared for the question, Carney replied that “Hunter Biden and other members of the Biden family are obviously private citizens, and where they work does not reflect an endorsement by the administration or by the vice president or president.” He then referred Karl to the vice president’s office. There the story died.

But we now know Carney’s answer was false, at least the claim that Hunter’s role wasn’t an endorsement by the vice president. Imagine if Karl had used some of that snarling energy he unleashes at the Trump administration every day to plow through the smokescreen.

He might have broken the story six years ago about Hunter Biden’s worldwide influence-peddling that The Post and others are now revealing. Karl might have discovered then that the vice president was not only aware of his son’s grifting, but was also using his office to help his son’s business. He might also have learned about the windfall that Jim Biden, Joe’s brother, got from government connections.

In that case, Obama would have had to amend his scandal-free boast to say “with the exception of my crooked vice president.”

The lack of curiosity that Karl displayed in 2014 is the same somnolence that he and his ilk have about Biden’s frequent absences from the campaign trail.

Imagine if Trump had called a “lid” on four consecutive days, as Biden did this week, ostensibly to prepare for Thursday’s debate.

That will make five days out of the last six when the Democrats’ nominee hasn’t made public appearances or answered questions. Hillary Clinton was a workhorse by comparison.

Then again, the debate is not likely to be difficult for Biden. Count on biased moderator Kristen Welker of NBC and MSNBC to grill the president with hostility while feeding Biden soft questions.

She’ll ask Trump, for the umpteenth time, if he believes in climate change and demand he denounce white supremacists. She’ll steer clear of his economic and foreign policy success lest she be seen as helping him.

If she asks Biden about his son’s business interests, he’ll deny any knowledge and she’ll let him get away with it.

I’ll be delighted if she proves me wrong.

Eight months after the city and state March lockdown began that cratered ridership, the MTA is now getting around to consolidating its offices. Well, “now” is a stretch.

Not until next June will the agency empty out two offices and relocate staff to its lower Manhattan headquarters.

Even that pokey pace puts the agency ahead of City Hall. Mayor de Blasio often warns of layoffs, but has taken no significant action to reduce the headcount that bloated under his watch. His biggest deal resulted in an additional $900 million payment to the teachers union, half now and half later.

Everybody is waiting on a federal bailout, but there might be more bipartisan support if city and MTA officials started to do what they can to trim mounting deficits. Instead, they sit on their hands and demand help, which is not a persuasive argument.

Gov. Cuomo keeps trying to rewrite history to shed blame for the deaths of thousands of nursing-home residents, but that’s not gonna work as long as Janice Dean is alive. The Fox meteorologist, who lost both of her in-laws to COVID in nursing homes, is a leader among grieving families angry at the governor’s deadly order that the facilities accept patients sick with the virus.

Albany is afraid of Cuomo, but this time, he has met his match.