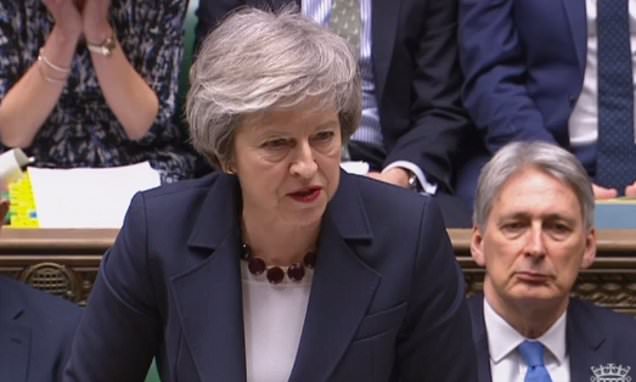 May slams threats and abuse hurled at MPs outside Parliament

Theresa May today tore into protesters who have hurled abuse and violent threats at MPs outside Parliament.

The PM said that all politicians will want to unite to condemn the harassment of Tory MP Anna Soubry and others targeted by far-right protesters in recent days.

Her intervention in today’s PMQs came after police faced widespread criticism for failing to arrest a gang of men after they mobbed Ms Soubry and called her a ‘Nazi’.

The gang is led by James Goddard – who has spoken at rallies backing Tommy Robinson and been pictured with Ukip leader Gerard Batten.

Speaking in the Commons today, Mrs May said: ‘In recent days we have seen instances of threats of violence and intimidation against members of this House, including by right honourable friend the member for Broxtowe, and members of the media.

‘I am sure the whole House will join me in condemning those threats.

‘Politicians and the media should be able to go about their work without harassment and intimidation.’ 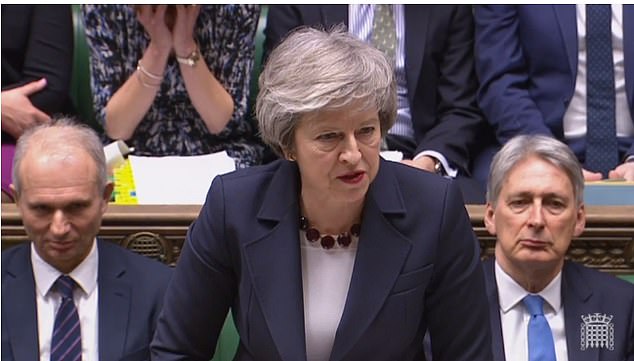 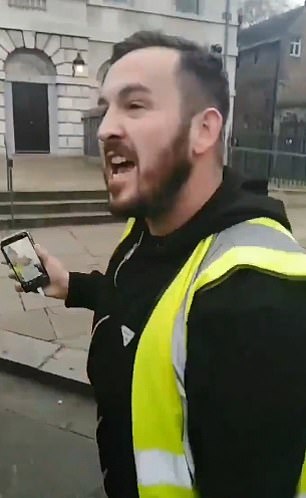 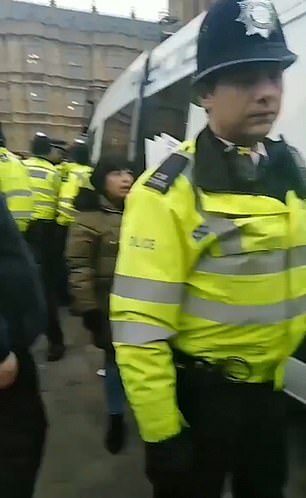 James Goddard was in a gang of agitators that surrounded Anna Soubry and was filmed the same day shouting at a police officer: ‘You ain’t even f***ing British, how dare you?’ 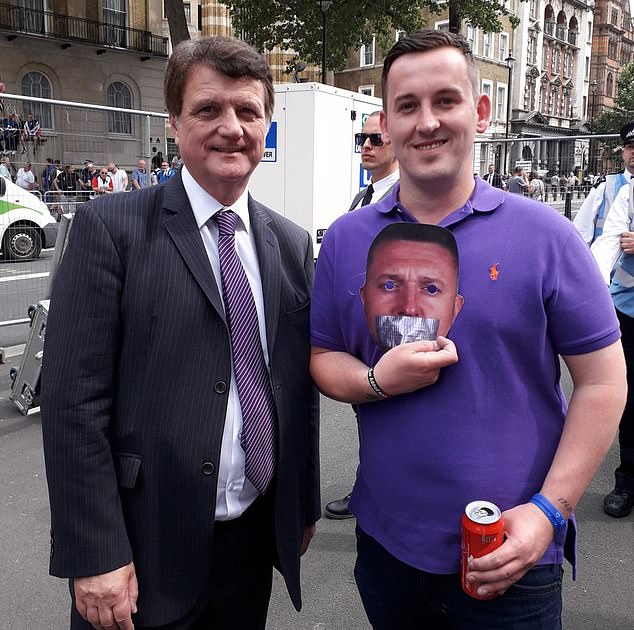 Jeremy Corbyn also condemned the abuse and said MPs must have a ‘safe space’ to voice their opinions free from abuse and threats.

But the PM told the Labour leader he should act on his words and tell his shadow chancellor John McDonnell to apologise for repeating comments that Tory MP Esther McVey should be ‘lynched’. 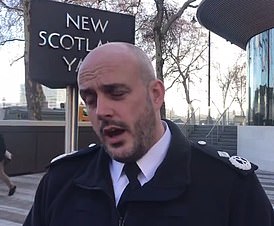 The Met Officer in charge of policing Westminster admitted they still don’t know if calling someone a Nazi is an offence.

He was asked directly: ‘Is it a criminal offence to call someone a Nazi?’

He then told LBC: ‘That is part of the assessment we are undertaking and we need to understand if language such as that meets the criminal threshold’.

Critics quickly responded to his comments and said: ‘You’d think they’d have figured that out by now?’ and another tweeted: ‘Trying to decide! Almost every patrol cop in the country deals with this on a daily basis… Basics’

Police near Parliament have been ‘briefed to intervene appropriately’ if the law is broken after Tory MP Anna Soubry accused them of ignoring abuse.

The pro-EU Tory made the allegation the day after she was branded a ‘Nazi’ and a ‘liar’ by a mob who targeted her during live television interviews and then followed her as she made her way back into the Commons.

Metropolitan Police Deputy Assistant Commissioner Laurence Taylor said: ‘An ongoing policing operation at the Parliamentary estate around Brexit continues and we have an appropriate policing plan in place.

‘Our role is to facilitate peaceful protest and balance the needs and rights of all those present, including protesters, MPs and members of the public.

‘We will deal robustly with incidents of harassment and abuse against anyone where that harassment or abuse constitutes a criminal offence.

‘Officers in the area have been briefed to intervene appropriately where they hear or see breaches of the law.’

The Met Police have incurred a storm of criticism after they failed to intervene to arrest the gang of men as they surrounded Ms Soubry on Monday and called her a traitor.

They have since vowed to crackdown on the disorder and sent many more officers to Westminster in case there are further clashes.

But the Met was today accused of ‘wishy washy’ policing while Ms Soubry blasted police for failing to arrest him and said of Goddard:

She said: ‘You have this man racially abusing a police office and they didn’t even nick him. I find it quite extraordinary’.

Lawyers and ex-senior police all believe the men who hounded her breached the Public Order Act – but the Met officer in charge yesterday admitted he did not know if calling someone a Nazi is an offence.

Deputy Assistant Commissioner Laurence Taylor made the admission while being quizzed about the harassment of Ms Soubry.

Dai Davies, the former head of the Met’s territorial support unit, said:  ‘I would have arrested these people. Police today are far too wishy washy.’

Meanwhile, it emerged today that Mr Goddard has links to Ukip.

He was photographed with Ukip leader Gerard Batten at a far-Right demo last year.

Since December, Mr Goddard and his rag-tag bunch of followers have harassed and verbally abused MPs, campaigners and TV journalists at Westminster.

The Mail has established that Goddard is one of a growing number of extremists who have become close to Ukip.

He was pictured last June smiling alongside Mr Batten at a rally calling for the release from prison of Tommy Robinson, the founder of the English Defence League.

The photograph underlines concerns about Ukip’s lurch toward the far-Right since Mr Batten became leader last February. The MEP – whose salary of £67,000 is part-funded by the British taxpayer – denies knowing Goddard.

Mr Batten has called Islam a ‘death cult’ and aligned the party with a disparate selection of xenophobic rabble-rousers and those who pedal conspiracy theories.

His appointment of Robinson as Ukip’s special political adviser led to the resignations of former leaders Nigel Farage and Paul Nuttall.

Half of its representatives in the European Parliament followed suit.

Meanwhile, ex minister Nick Boles revealed today he had received a death threat for the first time after joining a Tory revolt against no deal Brexit. 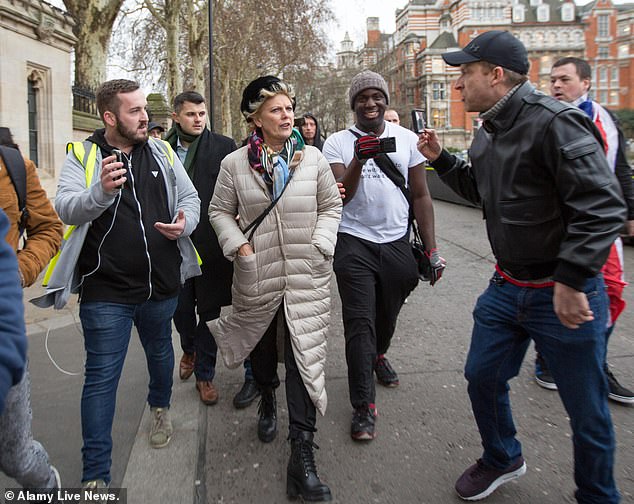 Ms Soubry was pursued by an aggressive mob, including far-right activist James Goddard (pictured left, next to Soubry) after he abused police

Eagles at Saints preview: Can Philadelphia get payback for regular-season blowout