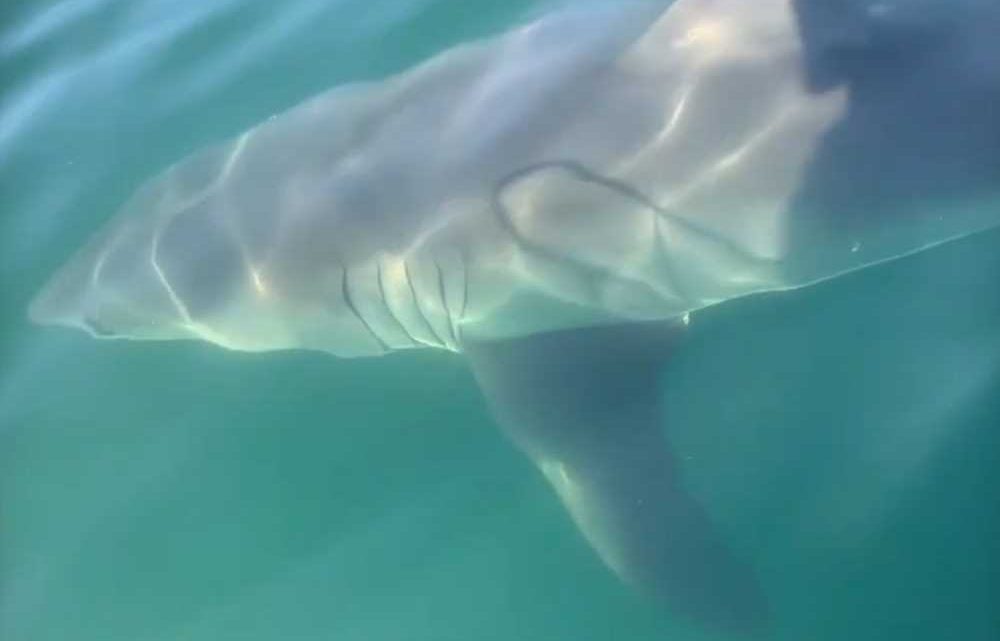 A Massachusetts family is reliving their breathless encounter with a great white shark estimated to be up to 17 feet long during a boating trip on Cape Cod Bay, saying the behemoth “definitely wasn’t scared” by their presence.

Siblings Sean and Serena Colbert were returning from Provincetown to Plymouth on Friday afternoon with their cousin Mallory Fey when they encountered the “biggest thing” they’ve ever seen in the chilly yet inviting water, which the trio was set to jump into just seconds before spotting the supersize shark’s dorsal fin, CBS Boston reports.

“It was crazy,” Sean recalled. “I wanted to [get in the water] … we were about to and then we saw that, and we were just, like, nope.”

The huge shark appeared to be somewhere between 16 and 17 feet long — nearly the same size as the family’s 22-foot-long boat. But seeing the apex predator portrayed in documentaries and big-budget Hollywood flicks did not prepare them for the unexpected encounter, they said.

“Seeing it only on TV, you’re like, you don’t realize how massive and quick it is,” Sean said.

The surprise meeting left the young boaters gasping for air after seeing its massive fin pointing out of the water, a 13-second video posted on YouTube shows.

“No way!” Colbert said after a gasp.

Six nearby beaches were closed due to shark sightings on Monday, just days after the terrifying encounter, CBS Boston reports.

“It was, like, the biggest thing I’ve ever seen,” Fey told the station. “That is a massive creature.”

Meanwhile, a spike in great white shark sightings near Cape Cod this summer forced organizers of a popular charity swim race — Swim for Life & Paddler Flotilla — to reroute the competition closer to shore.

The first fatal shark attack in 80 years in Massachusetts occurred off Cape Cod last September, while a man was seriously injured during an attack last August.