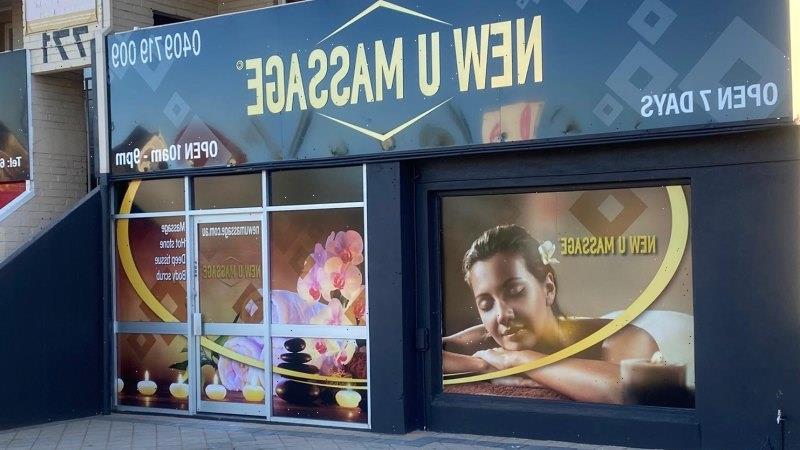 Two local COVID-19 cases, suspected to be the Omicron variant, have been recorded in Western Australia overnight as authorities try to determine if there have been more potential exposure sites in the community.

The possible transmission of the virus to people who visited three massage parlours around Perth remains a major concern for health authorities as it is believed several customers had not signed in using COVID safety apps. 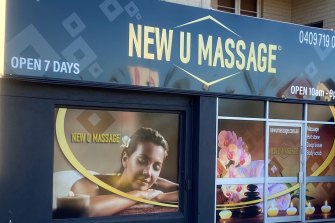 Authorities believe some customers did not check in properly.Credit:New U Massage

People who attended Comfort Massage in Osborne Park, U Natural Spa Therapy in Applecross and New U Massage in Mount Lawley during potential exposure times are being urged by the government to isolate and get tested for COVID-19 immediately.

The growing Omicron cluster originated around the Cockburn area from a woman who caught the virus from her daughter after the latter entered the state from Tasmania.

Twelve travel-related cases involving people in quarantine have also been recorded up to 8pm on Monday night.

The new cases come as the Mandurah Crabfest was cancelled for the third year in a row after organisers pre-empted the March event would not be able to go ahead anyway if there were a lot of COVID-19 cases in the community.

Councillors at the City of Mandurah, which organises the event, decided on Monday night it should not take place as delaying the decision would mean participating businesses might end up wasting money preparing for the festival, which usually attracts crowds of up to 150,000 people.

The decision comes after organisers of the upcoming Perth Festival canned its large-scale opening show set for February 11 and 12 as big events sweat over the possible level of restrictions that will be put in place by the West Australian government after borders open on February 5.

Mandurah mayor Rhys Williams told 6PR on Tuesday the cancellation of Crabfest, which would have run from March 18 to 20, was a case of common sense.

“What we know from the eastern states is that people sort of vote with their feet during periods of uncertainty, you won’t see crowds of 100-150,000 people at major events and Crabfest is one of those events that would typically draw a crowd like that,” he said.

“Peak transmission [in other states] was about four to six weeks after [transmission starts] … that’s going to be the exact window that Crabfest is in.

“I think we all know that there’s a fair bit of uncertainty coming.”

While the majority of shows will go on at the upcoming Perth Festival, which runs from February 11 to March 6, organisers said uncertainty around the Omicron variant of COVID-19 meant it would not continue with its opening event, Escape.

Escape would have been a free community event across several sites in Fremantle, but the decision was made not to go ahead because of changing risks around COVID-19 spread. 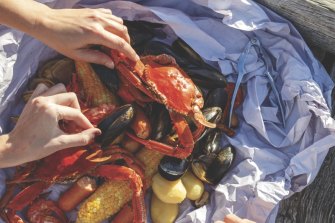 The Mandurah Crabfest has been cancelled for the third year in a row.Credit:Crabfest

“I’m heartbroken for all those who have put so much of themselves into what was going to be an extraordinary production,” he said.

WA Premier Mark McGowan said the government had not received any advice the Perth Festival event could not go ahead.

There are 2½ weeks until WA’s borders open with the government expected to announce further restrictions in the lead-up.

WA Health Minister Amber-Jade Sanderson has hinted the possible return of density restrictions but the government has not been forthcoming on what these settings may be.

WA opposition leader Mia Davies called for the release of any modelling the government had on how the Omicron variant could spread when the borders came down.

“This government dragged its feet releasing the modelling used to set the transition plan and date for reopening, and now they’re doing it again,” she said.

“The modelling and any changes to the transition plan need to be released immediately so West Australians can prepare.

“Having had two years COVID-free and the luxury of time to prepare, it is ridiculous that we’re three weeks out from the date set by the government and there’s still confusion and haziness about how rules and restrictions will be applied, and questions as to whether our health system is ready

“An in-depth community campaign devoted to detailing the rules after February 5, including the
government’s definition of a close contact, needs to be launched as soon as possible.”

The home of WA Chief Health Officer Andy Robertson was vandalised over the weekend as police investigate whether it was graffitied by people with anti-vaccine sentiments.

A WA Health spokeswoman said the incident had been reported to the police and was now being investigated.

The vandalism comes after Mr McGowan’s electorate office in Rockingham was closed last year because of death threats.

Protests outside of Mr McGowan’s home in Rockingham and threats made against him led to his security being increased.

A Priceline Pharmacy at the Kwinana Marketplace Shopping Centre has been added to WA Health’s list of exposure sites.

The advice is for people who were at the pharmacy on January 13 between 11.30am and 11.45am to monitor for symptoms of COVID-19 and to get tested and isolate if they develop.