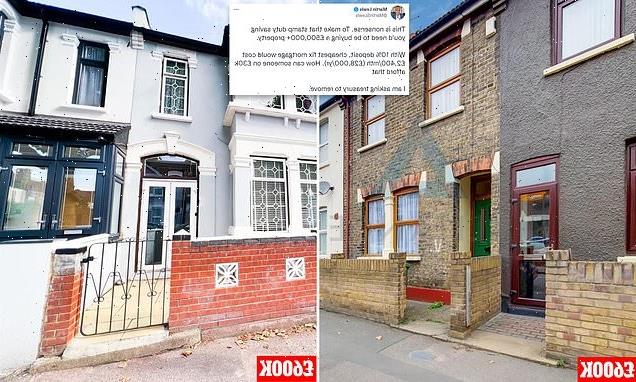 Money saving guru Martin Lewis today rubbished claims from the Government that prospective homebuyers earning £30,000-per-year could purchase a property in London thanks to the Treasury’s latest tax cuts.

The consumer champion and Good Morning Britain presenter took to Twitter to urge the Treasury to delete a tweet that said first-time buyers could soon snap up property in the capital after Chancellor Kwasi Kwarteng outlined the Growth Plan.

The Treasury’s post, published on September 29, claimed under the Government’s tax-cutting spree an average person earning £30,000 would save £11,250 on stamp duty and £1,050 on energy bills and an additional £400 on tax.

The first-time buyers would be saving an extra £12,700-a-year but, as those online pointed out, this would mean purchasing a ‘representative terraced house’ that cost an average of £600,000 in order to make the savings described by the Treasury.

Mr Lewis today described such projections as ‘nonsense’ and outlined how the finances of someone on an annual salary of £30,000 would buckle under the pressure of repaying their mortgage – with interest rates spiking in recent months.

The financial journalist, interviewing Chief Secretary to the Treasury Chris Philp this morning, said: ‘Now, on my calculations, to save £11,250 on stamp duty you have to be buying a house as a first-time buyer of £500,000 or more.

‘This seems fundamentally irresponsible for the Treasury to be putting out this kind of statement in the middle of a cost-of-living crisis.’

He later wrote online in response to the Treasury’s tweet: ‘This is nonsense. To make that stamp duty saving you’d need to be buying a £500,000+ property. 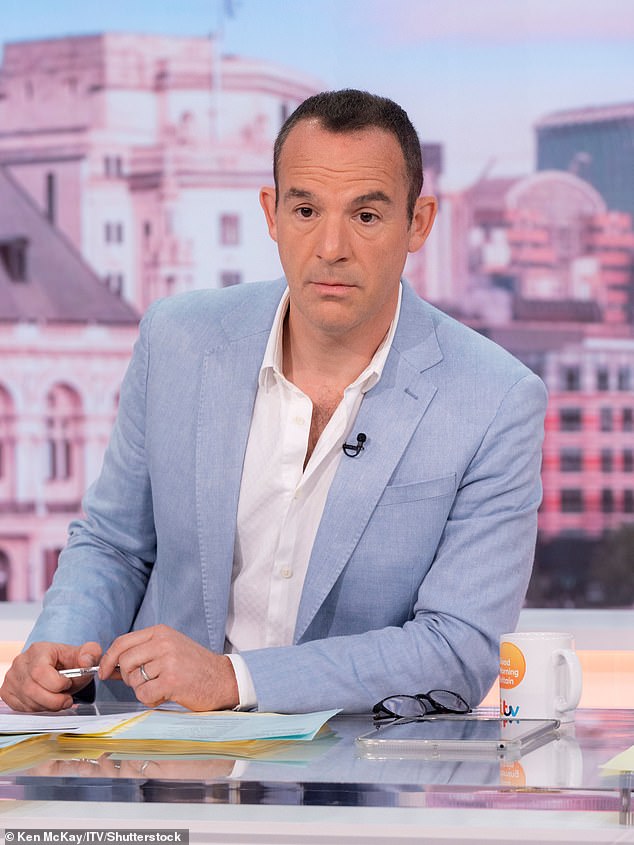 Money saving guru Martin Lewis today rubbished claims from the Government that prospective homebuyers earning £30,000-per-year could purchase a property in London thanks to the Treasury’s latest tax cuts 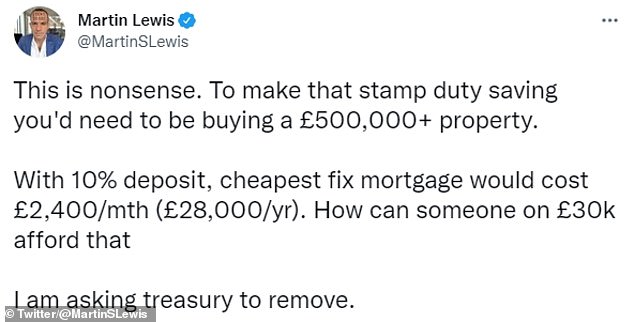 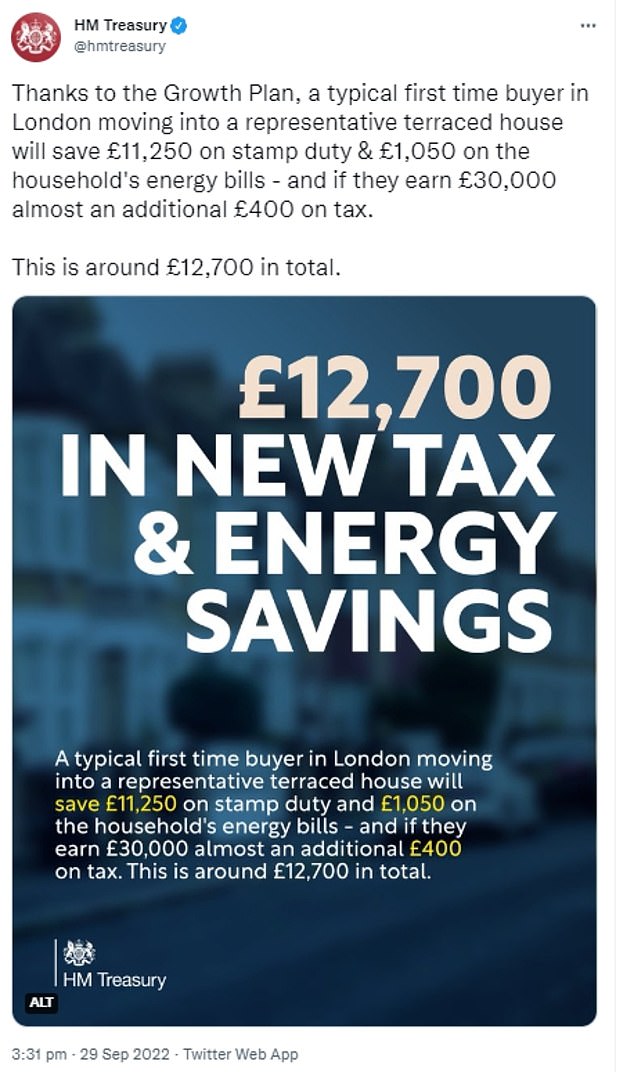 His Majesty’s Treasury had suggested that a first-time buyer earning £30,000-a-year and living in London could afford a terraced home thanks to the Government’s Growth Plan 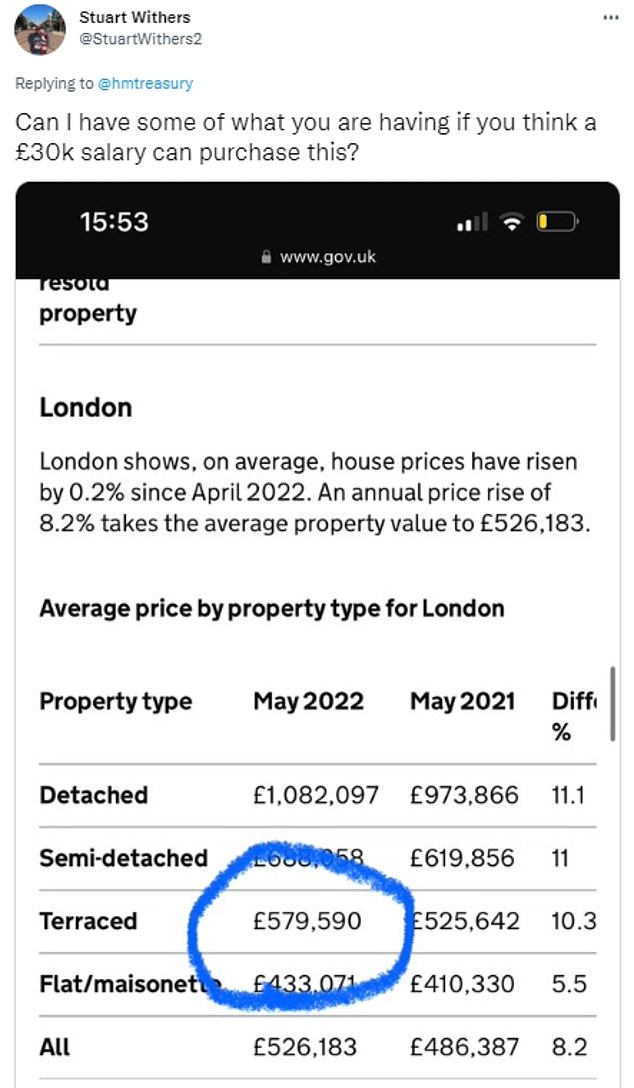 But, as those on social media pointed out, the average price of a terraced home in the capital neared £600,000 just four months ago 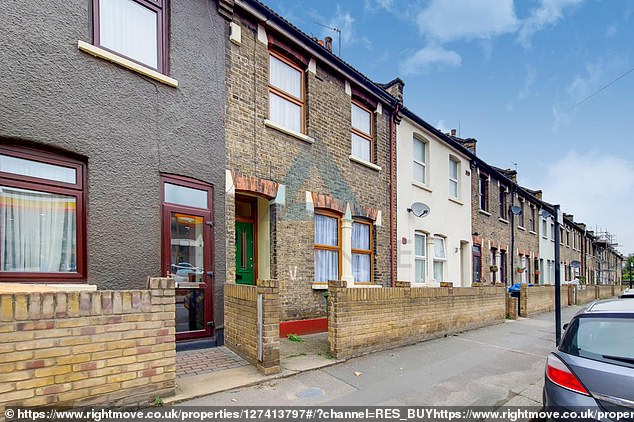 Pictured: An example of the type of terraced property the first-time buyer would need to be purchasing. This Boxley Street home in London, E16 is up for sale for £600,000 close to West Silvertown DLR station 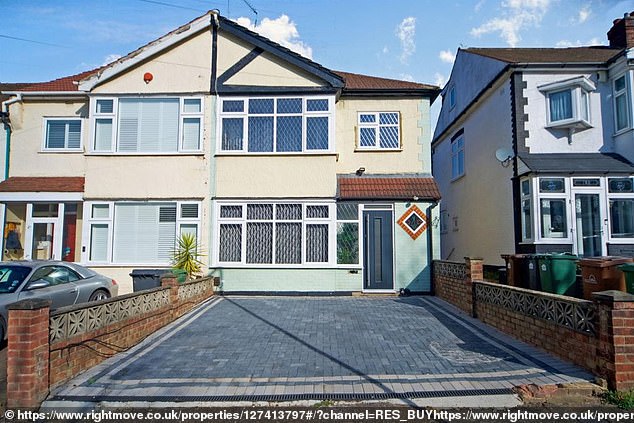 A three bedroom home up for sale for £600,000 in Middleton Avenue, London close to Highams Park Station 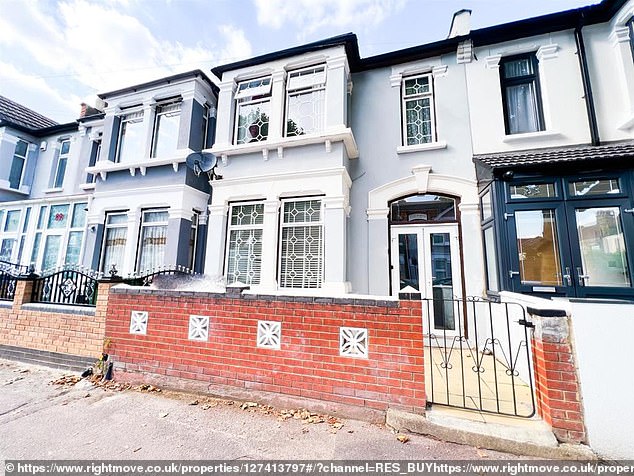 A four bedroom home up for sale for £600,000 in Clements Road, East Ham close to East Ham Station 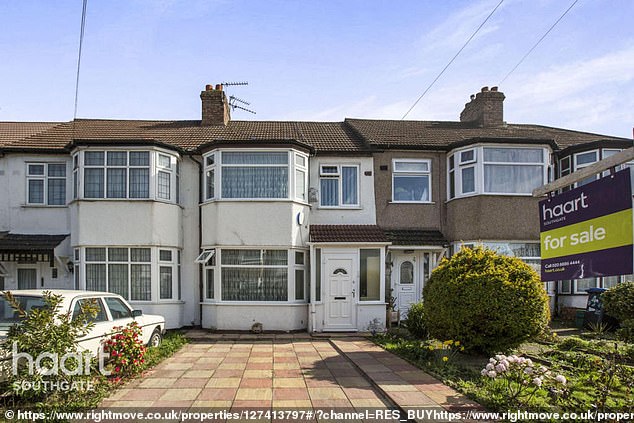 A three-bedroom house up for sale for £600,000 in Briar Close, London close to Palmers Green and Winchmore Hill

For some buyers, soaring mortgage rates could outpace any stamp duty savings they may stand to make under the Government’s new Growth Plan.

According to Moneyfacts.co.uk, there were 2,262 residential mortgage products available on Monday October 3, down from 3,961 on the day of the mini-budget.

‘To build the necessary deposit only requires a few lifestyle changes like: cut the Starbucks coffees, cancel the Netflix subscription and accept a massive cash gift from your rich parents.’

Another person shared a picture of a house being bulldozed saying ‘they might know which house the Treasury is talking about’.

Meanwhile, dozens of lenders have pulled hundreds of mortgage products over fears the Bank of England (BoE) will further raise interest rates to 6 per cent to counter both inflation and the plunging value of sterling.

It comes as Liz Truss and Kwasi Kwarteng today executed an extraordinary U-turn on plans to scrap the top rate of tax to head off a massive Tory revolt.

The PM and Chancellor will no longer axe the 45p rate for people earning more than £150,000 a year after it became clear dozens of MPs would refuse to back the move in the Commons.

‘We get it and we have listened,’ Mr Kwarteng posted on Twitter. ‘It is clear that the abolition of the 45p tax rate has become a distraction from our overriding mission to tackle the challenges facing our country.’

In a round of interviews this morning, the Chancellor said the row had been ‘drowning out’ the details of a ‘strong package’ – but repeatedly refused to say it had been a mistake.

Pushed on whether he had a crisis meeting with Ms Truss last night in which she instructed him to change course, Mr Kwarteng said: ‘We have talked constantly about the Budget… with regard to the 45p rate we talked to lots of colleagues we talked to lots of people in the country.’

He refused to say the word ‘sorry’, but said: ‘There is humility and contrition… I am happy to own it.’ 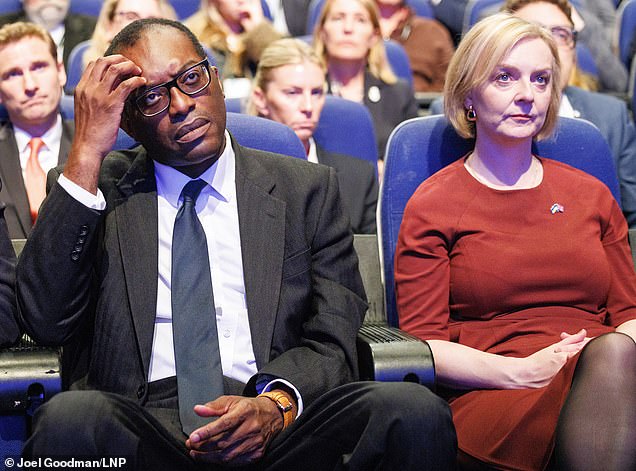 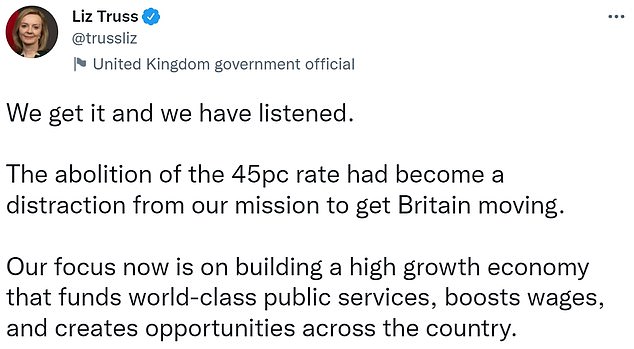 Ms Truss tweeted to confirm the U-turn, less than 24 hours after she said she was completely committed to the policy 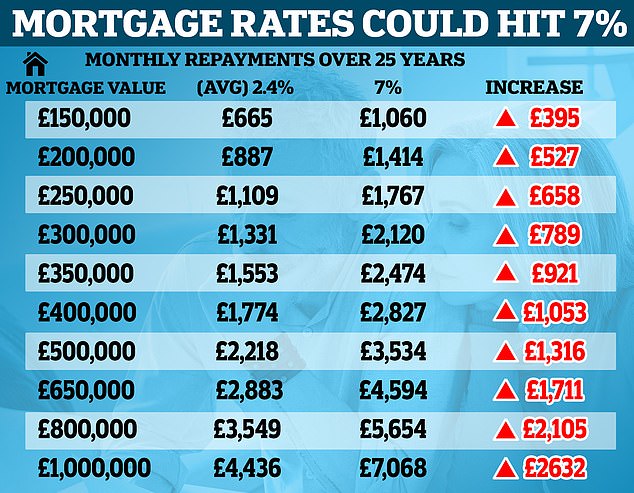 Asked if he had considered resigning, Mr Kwarteng told BBC Breakfast: ‘Not at all. What I am looking at is the growth plan.’ He also dodged as he was pressed on whether there could be more U-turns.

The Pound surged nearly a cent against the dollar to $1.12 on the news, although it drifted down again afterwards. That is close to the level it was before the mini-Budget was announced on September 23 – sending it to an all-time low of $1.03.

The huge shift followed Michael Gove and Grant Shapps putting themselves at the head of the rebellion, warning the measure would be a ‘massive distraction’ and politically toxic with ordinary voters.

Only yesterday Ms Truss took to broadcast studios to defend the plan and deny there would be a rethink – although she was also accused of throwing Mr Kwarteng ‘under the bus’ by saying he had made the decision to go ahead.

Chief Secretary Chris Philp was among the other ministers who had spoken enthusiastically about the proposal, insisting he would give the Budget ‘9.5 out of 10’ despite ensuing chaos on the markets.

Mr Shapps had lambasted the idea as ‘politically tin-eared’ while sources claimed Ms Truss ‘could be gone by Christmas’ unless she backed down to ‘livid’ MPs.