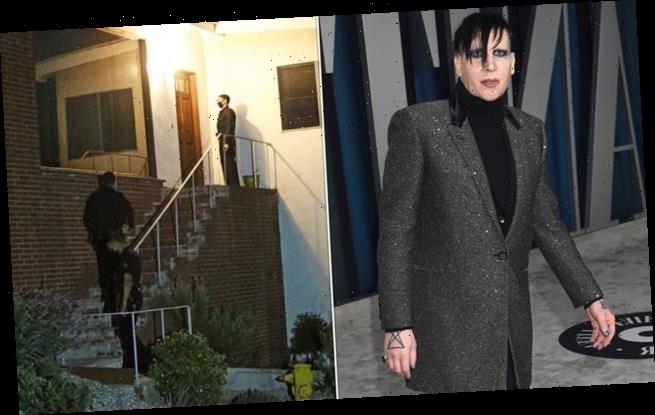 Marilyn Manson has hired 24-hour bodyguards at his LA mansion after being left ‘paranoid’ amid abuse allegations, an insider has revealed.

The 52-year-old hasn’t left his Hollywood home in weeks, according to The Sun, after 12 women came forward to accuse him of physical and sexual abuse.

The claims vary but include alleged beatings, whippings, sleep deprivation and being plied with drink and drugs.

Manson denies the accusations and has not been charged with any crime.

A source told The Sun: ‘Manson is worried about his safety and is not taking any risks. 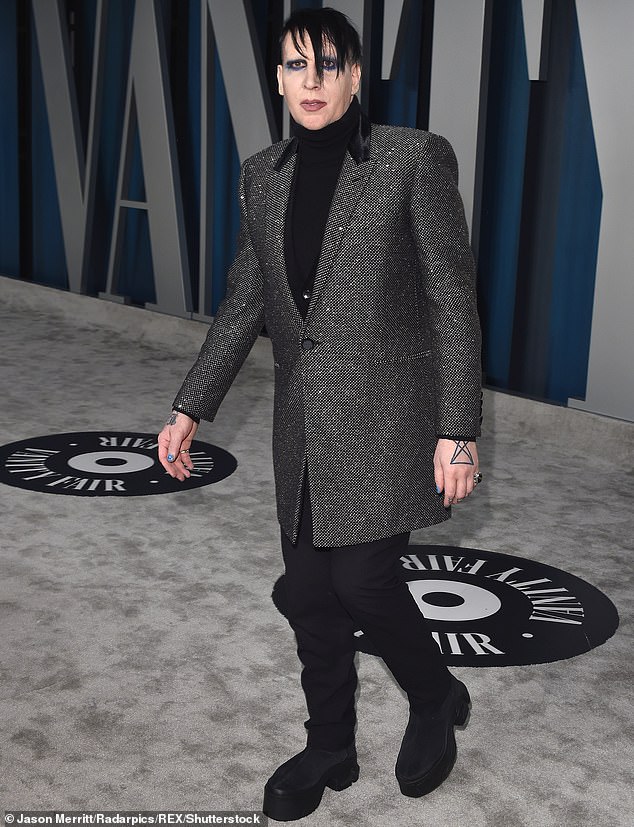 Marilyn Manson, 52, has hired 24-hour security outside his home because he’s ‘paranoid,’ according to an insider (pictured: Manson at the Vanity Fair Oscar party in LA last year) 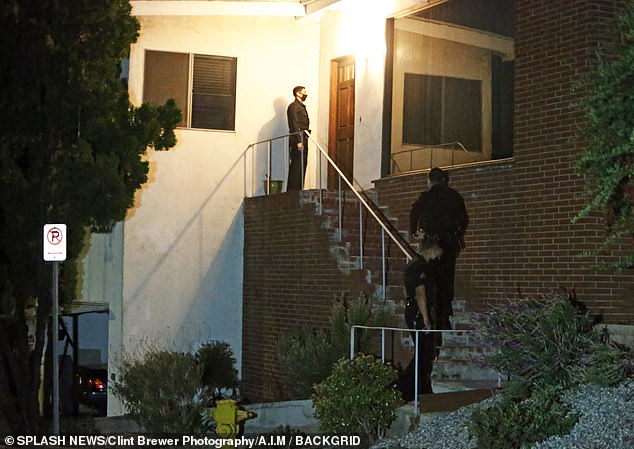 Police in Manson’s neighborhood on Feb. 3. They rushed to his home in Los Angeles during a ‘welfare check’ earlier this month after a concerned friends of the rocker’s was unable to get hold of him

‘He’s concerned about who might turn up at the house and has hired 24-hour security to watch out for him.

‘He’s paranoid at the best of times, but the allegations have really rocked him and he was adamant he needed protection.’

Earlier this month police rushed to his home to carry out a ‘welfare check’ after a concerned friend was unable to contact him.

Industry insiders have sought to distance themselves from the controversial rocker with his record label, talent agency and long-time manager Tony Ciulla all dropping him.

Manson took to Instagram to deny the allegations, writing: ‘Obviously, my art and my life have long been magnets for controversy, but these recent claims about me are horrible distortions of reality.

‘My intimate relationships have always been entirely consensual with like-minded partners. Regardless of how – and why – others are now choosing to misrepresent the past, that is the truth.’

Since the allegations surfaced, the source told The Sun, that Manson has been spending his time with a close circle which includes his personal assistant, his wife Lindsay Usich and has been visited by someone from his legal team.

Usich, a 36-year-old tattoo artist, and Manson have been in an on-off relationship since 2012 before they married last year. 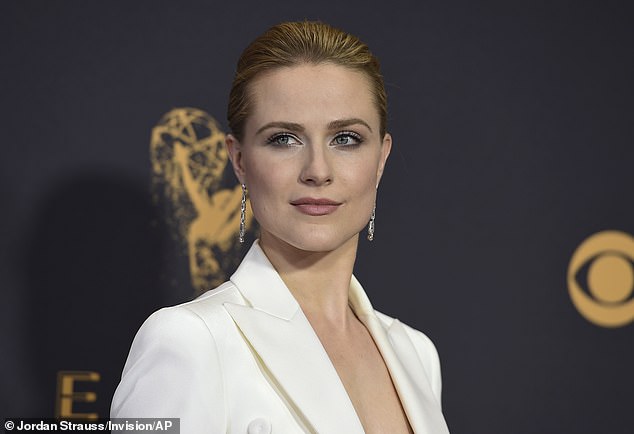 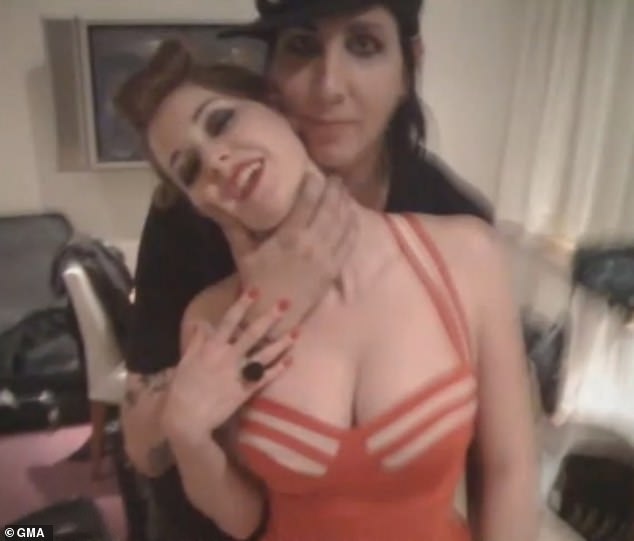 Another ten women have accused Manson, including Game of Thrones actress Esme Bianco, 38 (pictured with the rocker) 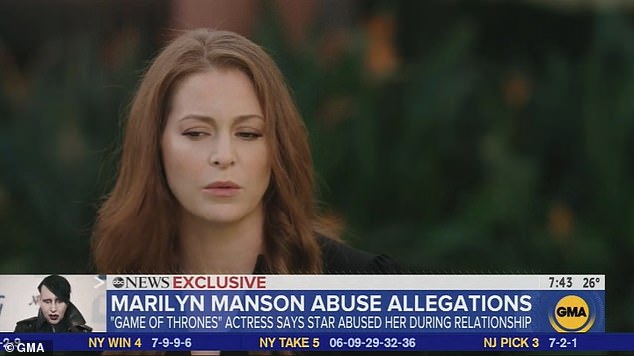 ‘Manson still has close friends and team members who have been with him for years and are worried about him, but a lot of people have turned their backs,’ the insider told The Sun.

‘He is unsure of what’s to come regarding his career and is keeping an incredibly low profile.

‘Manson has always been a hermit who often sleeps in the day and parties or paints at night into the early hours, so it’s unlikely he’ll be seen in public for a while.’

Actress Evan Rachel Wood, 33, was among the first to go public with the abuse claims, alleging that Manson started ‘grooming me when I was a teenager and horrifically abused me for years.’

Another 11 women have accused Manson, including Game of Thrones actress Esme Bianco.

The 38-year-old Briton appeared on Good Morning America last week to claim that Manson kept their apartment cold at 62 degrees and dark with blacked out windows, describing one incident where she says she was kept in his home for three days.

Bianco said: ‘I was given nothing to eat, he gave me drugs and alcohol, and I essentially was not allowed to leave.’

She said Manson would tell her he wanted to ‘murder other women’ and ‘sneak down to the room where I was sleeping and rape me’ in text messages.

He also made her dress in heels, lingerie and stockings, she alleges, and would show her off to his entourage ‘pulling up her dress to show them bruises that he’d given her’.