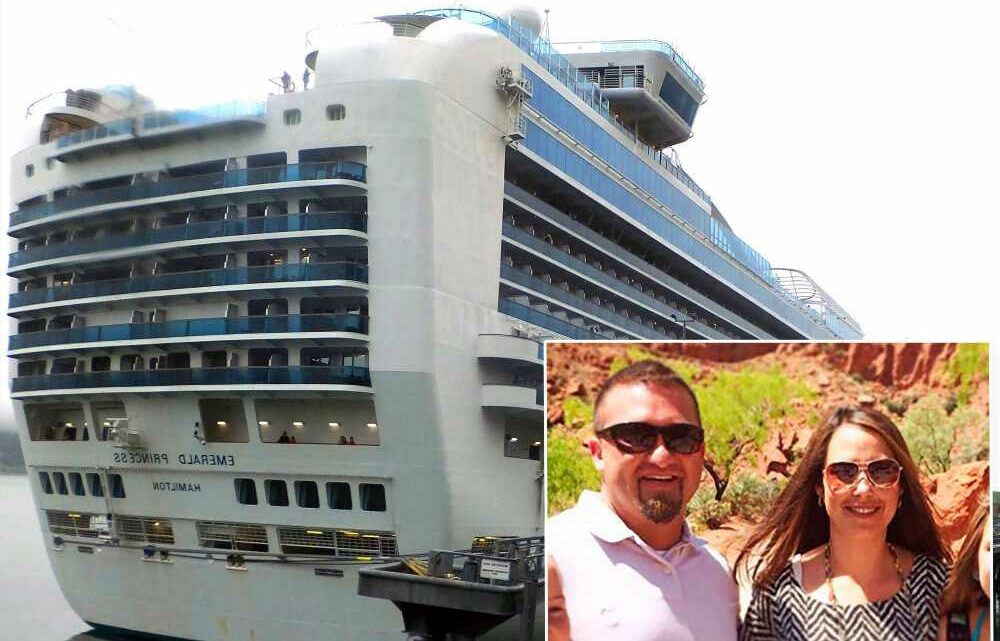 The Utah man that was convicted of beating his wife to death on an Alaskan cruise in front of two of his daughters was sentenced to 30 years behind bars.

The federal prison sentence was handed down Thursday after Kenneth Manzanares, 43, pleaded guilty to the second-degree murder of Kristy Manzanares on the Emerald Princess in 2017, prosecutors said.

“In 2017 Kenneth Manzanares brutally murdered his wife Kristy Manzanares while on an Alaskan cruise with their three daughters and extended family members. This was not a random act of violence but a chilling neglect for human life for which he will serve 30 years in federal prison, where there is no parole ever,” said Acting US Attorney Bryan Wilson of the District of Alaska.

Kenneth and Kristy were in their cabin with two of their daughters on the second night of the family trip, when Kristy said she wanted a divorce and asked her husband to get off the ship in Juneau and go back home, according to the feds.

The argument began over Kenneth’s “behavior” that evening, officials said.

Kenneth told the children to go into an adjoining cabin with relatives. When the girls heard their mom scream and tried to come back in, Kenneth said “don’t come in here,” according to prosecutors.

“They [the daughters] both went to the connected balcony and saw Kenneth straddling Kristy on the bed striking her in the head with closed fists,” the press release said.

Family members called security and then saw Kenneth drag Kristy’s body toward the balcony, and intervened. The mother of three could not be resuscitated by ship emergency workers, officials said.

Kristy’s death was ruled a homicide by blunt force trauma to her head and face, and her husband was arrested at port the next day.

During Wednesday’s pre-sentencing hearing, the victim’s father, Jeff Hunt told the court he hopes he “gets what he deserves,” in an emotional testimony.

Two of the Manzanares’ daughters also testified, as well as the admitted killer, who said he loved his family and called Kristy his “soul mate,” while apologizing for the murder.

Defense lawyers, who were seeking a much lighter sentence, unsuccessfully argued that Manzanares had brain abnormalities from playing contact sports that were exacerbated by “a problematic combination of prescribed medication and alcohol.”

In a statement released, Kristy’s family said the ruling “brings us neither joy nor anger. Rather, simply a sense of resolution. We believe that the court made a fair and just determination. However, the legal system does not and is not intended to fill the emotional void of our loss.

“While this marks the end of another chapter of this unimaginable ordeal, the fact is that Kristy’s three girls are still without both of their parents, and our focus now is to support them as best we can.”

CategoryWorld News
Tagsbeat Death Man on to Who wife

Khalid, The Killers To Headline Virtual Splendour In The Grass Event