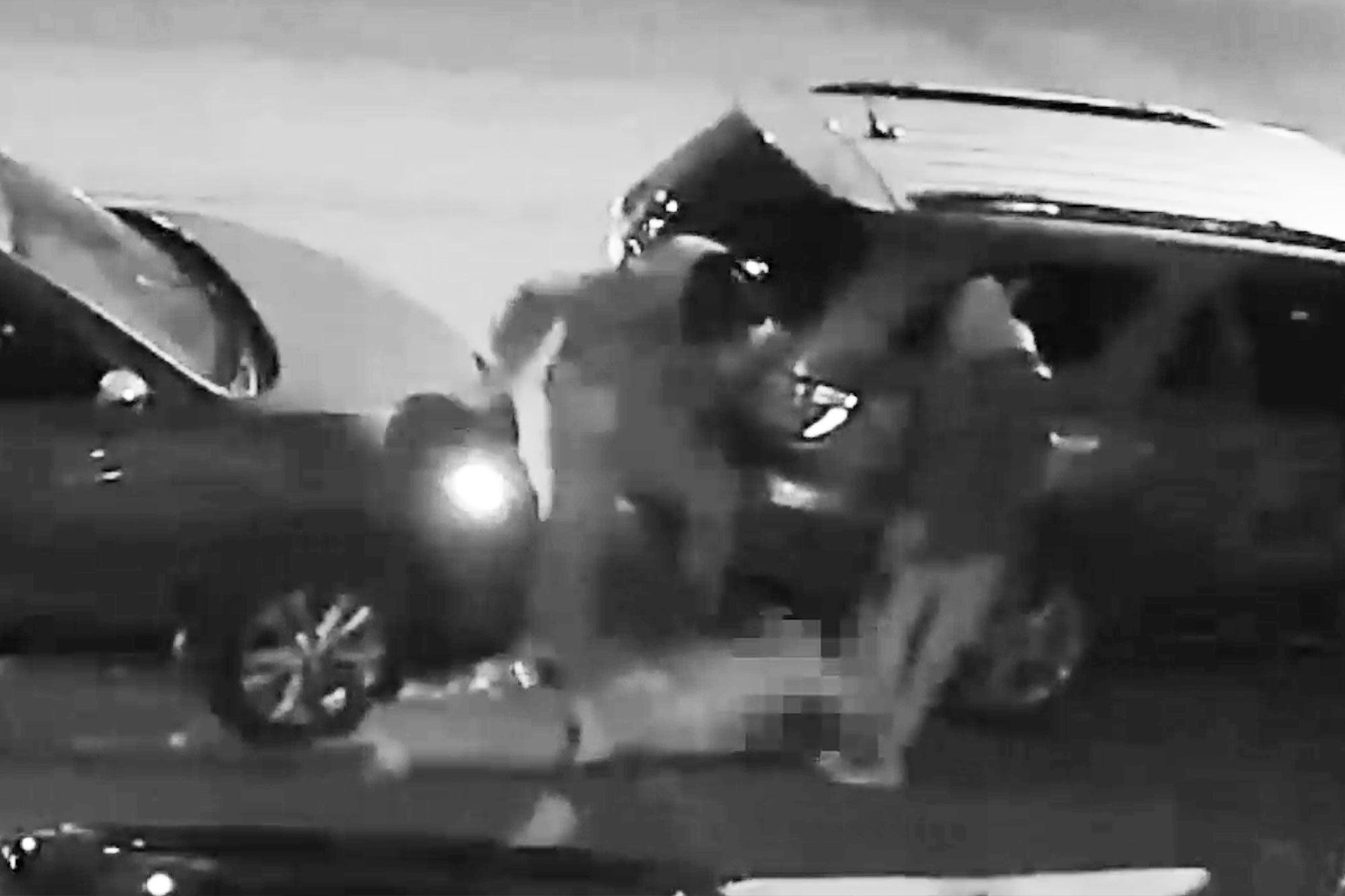 Disturbing video released by cops shows three brutes viciously attacking a man — beating, kicking and stomping on him during a violent robbery in The Bronx.

The 44-year-old was standing on Bruckner Boulevard near Waterbury Avenue in the East Bronx around 5 a.m. Sunday when the three men approached him from behind and forced him to the ground, police said.

As he lies helplessly on the sidewalk, the attackers repeatedly punch and kick him in his head and body — one even going as far as to stand on top of him and deliver blows with his legs.

The video then cuts to show one of the attackers beating him with a helmet.

The trio grabbed the victim’s backpack, containing a cell phone and a debit card, then drove off on a scooter heading south on Bruckner Boulevard.

The victim was taken to Jacobi Medical Center in serious but stable condition.

Arrest in scientist’s murder at Malibu campground; suspect tied to 10 other shootings