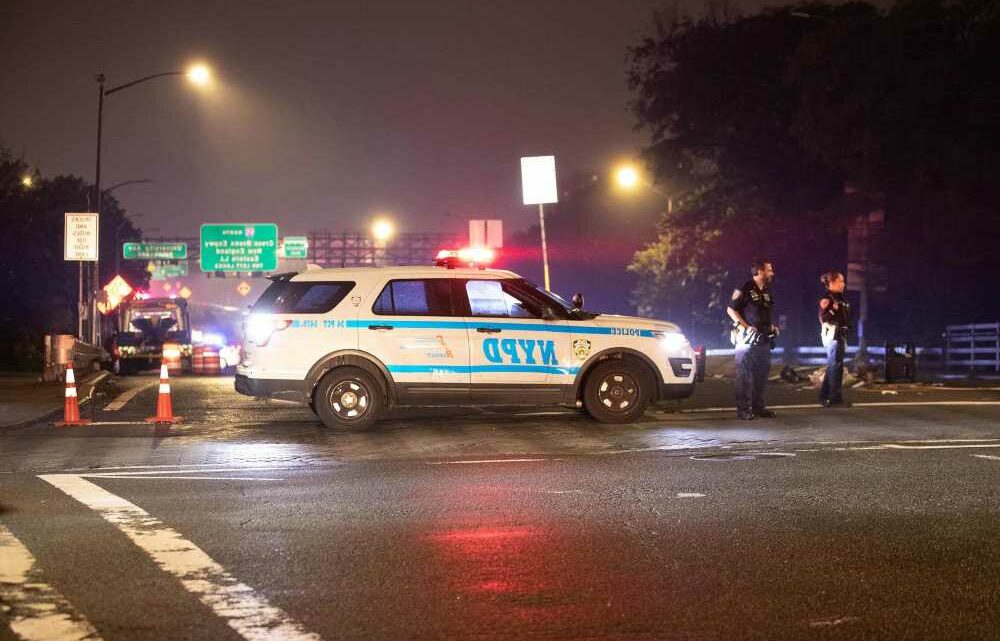 Hard times as NYC soft on crime, doomed by reforms

A man miraculously survived after a group of gunmen on dirt bikes shot him four times in the head during a Bronx carjacking early Wednesday, cops said.

The 45-year-old victim was driving in the eastbound lane of the Washington Bridge, at University Avenue, around 12:15 a.m. in Mount Eden when the crew of bikers surrounded him, authorities said.

When the victim crashed, the suspects snatched his ride and took off, cops said.

The victim was taken to Lincoln Medical Center in stable condition.

The car was recovered nearby at the Cross Bronx Expressway and University Avenue, police said.

Cops are still looking for the gunmen.

The incident came amid a surge in gun violence in the borough.

“The Bronx is back to a level not seen since 1996,” NYPD Commissioner Dermot Shea said on NY1 Tuesday.

The top cop’s comments followed the fatal shootings of a 13-year-old boy and two other male teens in a string of gang-fueled killings over five days in the borough starting last week.

“We’ve had a bad run right now in the Bronx, specifically with gang violence involving young kids,” Shea said. “And this is what literally … keeps me up. It kept me up last night. What are we going to do about this? And I think everyone should be talking about [it].”

Our 11 Favorite Sandal Deals in the Nordstrom Anniversary Sale — Up to 44% Off!