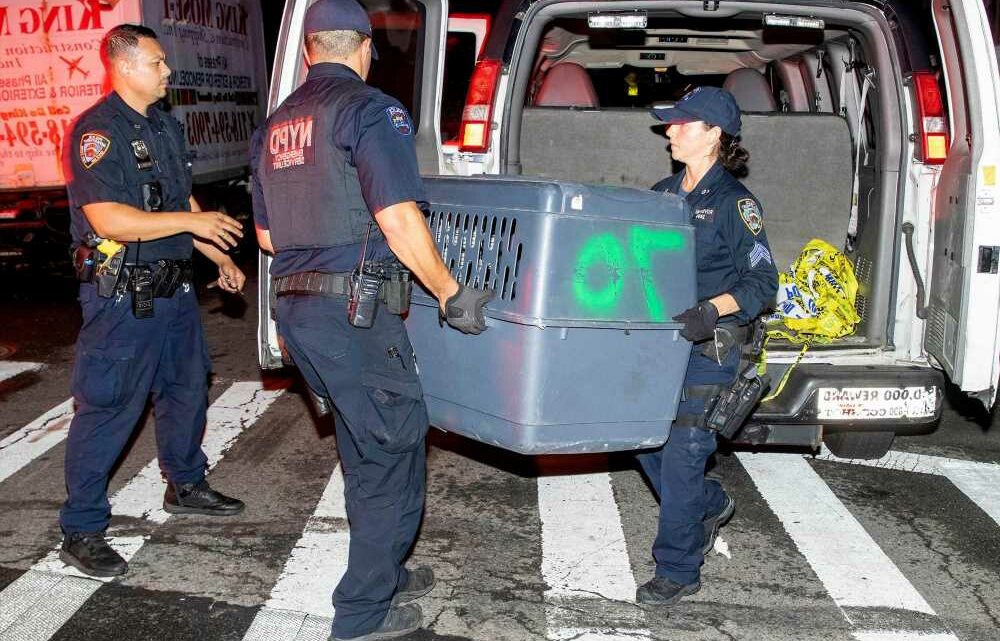 The NYPD is expected to file charges against a father whose toddler was mauled to death by the family Rottweiler, police officials said Wednesday.

The fatal attack unfolded around 10:45 p.m. Tuesday inside an apartment on East 17th Street in Flatbush after the father left the 19-month-old boy alone with his siblings, ages 9 and 11, according to Chief Michael Kemper.

“We believe he left them unattended to go to work,” Kemper said.

Kemper, the commanding officer of patrol borough Brooklyn South, told reporters the NYPD was working with the DA’s office and expected charges to be filed later Wednesday against the father, who wasn’t immediately identified.

The kids’ parents are separated and they were left with their father, Kemper said.

“A terrible situation,” he said.

Responding officers found the young boy “bleeding heavily” from bite wounds to his neck and shoulder. He was rushed to Maimonides Hospital, where he died.

The dog — which was believed to have previously bitten another child sometime over the last two years, according to Kemper — was taken away by Animal Care and Control.

A neighbor, who asked not to be named, said she “ran out and saw the blood in the hall. Footprints.”

“They was screaming, the two little ones. I was like, ‘What the hell is going on?’” she said. “I know they have dogs, one died recently. It bit a kid recently. I’m not sure which dog bit one of the kids, probably same one. I couldn’t believe it!”

Another neighbor, an 11-year-old girl, told The Post the kids “ran outside screaming, ‘Help! Help! My brother is dying!’”

Here’s What You Need To Know About The Controversial $3.5 Trillion Budget Resolution
World News